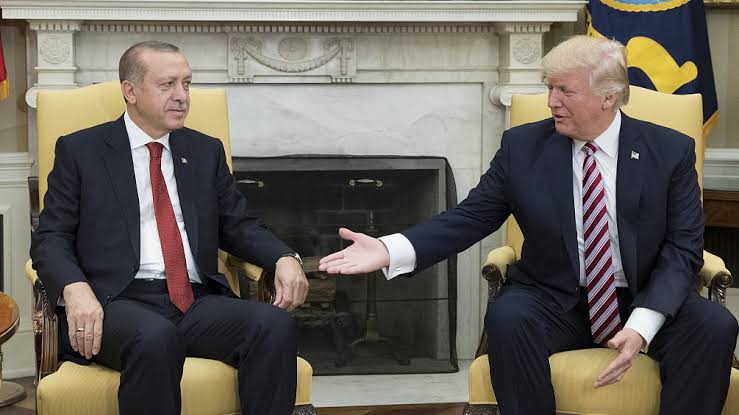 President Erdogan will be heading to the US to meet his US counterpart Trump to discuss the ongoing entire disputes between the two NATO allies next week . During the recent years, there is no doubt that one could not come out and say that things had been going very well with respect to solving the problems and handling the issues that would be able to befit the spirit of being a decent alliances for the two states at all. We see that there are still a horde of troubles pending in front of both countries that need to be solved without wasting a second if it is still to be talked about an alliance or togetherness for the next period of time.

Indeed, Trump is now in a so hard situation due to the  impeachment process being conducted by the embedded establishment of the US. That’s why, with the driving affect of this heavy pressure, he seems to have had to do some weird explanations over Turkey’s latest incursion into Syria to a bit mitigate the tensions of both Republicans and democrats.

When looked at the plights of these two strong leaders, there are stark similarities between the existing impeachment process of US president Trump and the huge struggle aimed at ousting Erdogan. Both of them are not being wanted by the same focuses that are best known to have been keen on protecting the ongoing order that dates back to decades long.

Nevertheless, Trump is now almost the sole political figure whom Turkey is able to address and solve the problems between the two countries. If he maintains his attitude, he can help Turkey get rid of both the regional troubles stemming from the Syrian Civil War and the other said sanctions that have long been thought to be implemented for Turkey in the future.

When we look at the results, whatever the US for the recent times have all done can never be explained easily in sense of being a friendly country to Turkey. Despite the whole wrong behaviors and detrimental deeds of the US, we should not forget the reality that we are face to face a country that is still the strongest actor of the world and has a big say in this chaotic region. So, we first must try to fully convince Trump and other members of the congress to change their biased and partial point of views against Turkey, force them to stop supporting terrorism by using all diplomatic channels, and conducting lobbying activities instead of cutting the whole ties. Because the latter will never give a fruit for Turkey’s high interests in all sense.