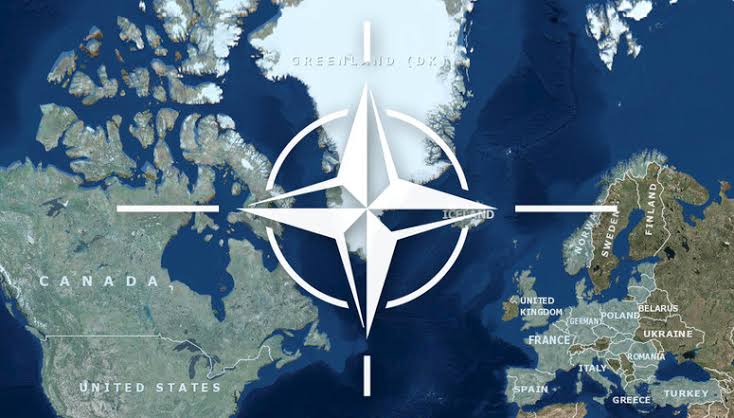 We’ve been allies with Americans for 70 years because of some little Soviet threats and much of Western admiration. In 70 years, what we have gained from the membership may not be a negative number, but I am not sure whether anything will come up over zero. But we wanted NATO membership more than Americans. The United States used Turkey as a buffer against the Soviets, deployed missiles and constructed military bases on Turkish territories. In addition, the monthly cost of a Turkish soldier was $ 200 while it was $ 6,000 for an American soldier. It was also clear that Europe, which had just emerged from the war and was exhausted, would not be able to defend Western bloc alongside America against the Soviets.

In fact, NATO did not do much harm to Turkey during the Cold War since it did not do any military operations at that time. The most obvious benefit of NATO was that it was a deterrent to the Soviet threat, while the most striking damage was that it made Turkey the target of the Soviets. In a likely battle, Turkey’s cities would be hit first and Anatolia would be occupied.

NATO’s benefits and damages could only be reckoned after the collapse of the Soviet Union. As the US remained the only superpower, NATO had no longer much value. Because in the new world order there was no country left to challenge America. That’s why the allies didn’t matter. In Iraq, the Balkans and Afghanistan, however, the US called on NATO members to help, and they went to defend Americans. Meanwhile, the alliance has nothing to do with the principle of pacta sund servanda. If the enemy is small, they run for help. If it is a great power, they blame the NATO member, and say they’re not gonna fight. For example, when Russian aircraft was downed by Turkish fighters, some NATO members said they would not die for Turkey. It seems that if a small NATO country fights a giant (such as Russia), others will not support the smaller one. If a great country like America fights, they will support. Or, if there is a mass attack on Europe, then they will risk fighting.

Consider France’s position aganist Turkey in the context of NATO’s protection. Macron says, referring to Turkey’s attack to YPG, NATO’s brain death has occurred. As a Spanish journalist said; France loves not  Turkey but YPG and sees it as its ally. France doesn’t want Turkey to act however it wishes. But they don’t know if Turkey acts in the framework of NATO, it will ask France and others to defend Turkish territories. In this case, will France help? Of course No. So, it will be actually Turkey’s request for help that will reveal NATO has brain death as France, Germany and the United States will not provide support to Turkey. In other words, if NATO is dead, it is because of countries like France that will turn down the request for help and embrace terrorist organizations.

Unfortunately, they are not aware of the situation and blame Turkey (since it destroys their terrorist friends). Sometimes, they go even further to ask removal of Turkey from NATO membership. So, they don’t know NATO’s legislation, either. Because according to the NATO agreement, no country can be expelled from the organization and a country can only leave if it wants to do so.  Whether they deliberately put this clause or forgot to put it is unknown, but it is clear that they are in pain for failing to punish Turkey.

In fact, Turkey’s removal is not a punishment for Turkey in the long term. But it would be better for Turkey to remain in. Leaving NATO is exactly what our allies, who are hostile to us, want. It is the right decision to avoid a decision that will make them happy. It also happens to be an advantage to Turkey at a time when others want it to go. Imagine that three months after Turkey quit NATO; their first task will be to increase troops in the Eastern Mediterranean to defend Greece. If my theory above is true, they will be more aggressive against Turkey, which they see as a small bite. Moreover, their support for terrorist organizations will increase. It is best to enjoy NATO membership at a time when it is beneficial.

Whose Syria is it anyway?
Erdogan’s Washington visit
Comment