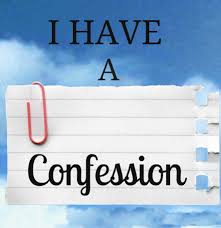 The coup attempted by FETO terrorist organization on July 15, 2016 was restrained by the general public, which was unexpected. The coup plotters had made the plan thinking that they would face off against the police power. When the tanks set off with F16s, the coup plotters supposed that they would encounter and kill the police officers. Contrary to expectations, the public barricaded with an incredible reflex. Then the coup failed.

This global crime in evidence was the attempt to overthrow a democratically elected government. Since the day of the attempt, this bloody jem that has infiltrated into the society and every department of the state has been so sure about the success that they have uncovered themselves many times. In this article we will not examine the pre-coup process, but the post-coup and show who made the coup by giving examples from confessions the coup plotters made during the public trial.

The documents we use are not the statements of police stations and prosecution.

The defendants whose names were on both local and foreign press had some important things in common. Most of those suspects now became convicts,

Many of these people have become confessors at the courts. We want to prove that the coup belongs to the FETO terrorist organization by making some samples of various parts of society. The documents we will evaluate are collected from the free press, local press and foreign press. The origins of the confessions are in court records. News sources can be accessed from the links we provide. The statements given by news sources have not been supplemented by us.

All of these confessions are identical to court records. Of course, the information we get from open source is not only this much. The examples we give like businessman, journalist, university rector, general-level soldier are the ones chosen as the visible part of the iceberg, which causes the FETO terrorist organization to unravel.