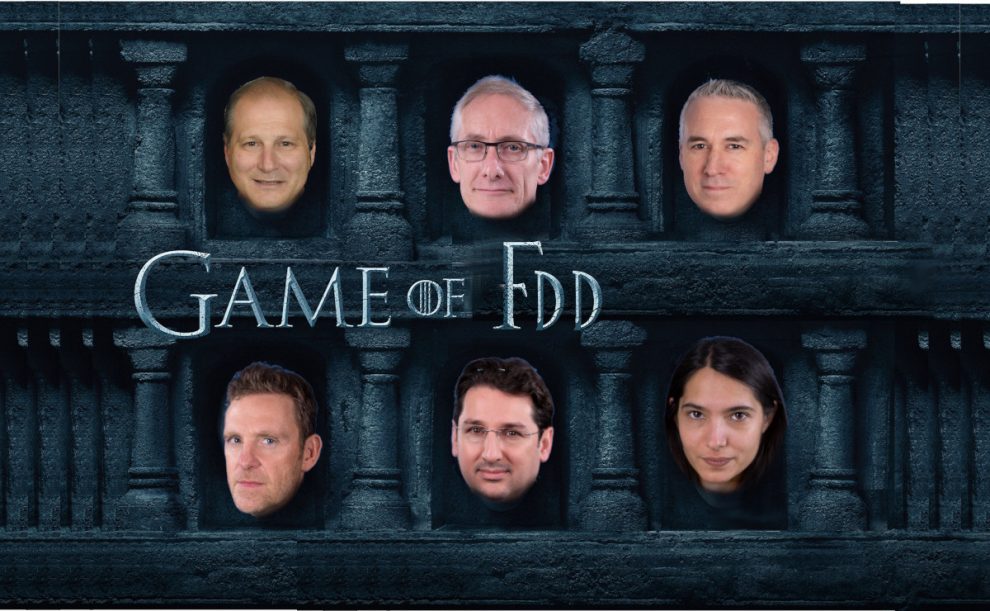 Edelman and Schanzer, who are among the reputable authors and consultants of the FDD published an article on the Turkish-American relations on the 15th of May 2019. Since we cannot assume that the editors of FDD, which defines itself with the words Foundation, Defense and Democracy, had not taken the college education titled Lesson 101: Fundamentals of Logic & Reasoning Skills, on which the United States and the article itself leans, we should contemplate on the their reasons for drawing up this article which is full of logical errors, hostile statements, and intentional misinformation.

The very issue that the Turkish diplomacy considered as the argument no: 1 when the Turkish-American relations were being discussed in detail following the 2013 Obama-Erdogan meeting: The Turkish hatred by the United States which remains unspoken on the record.

How else can we explain the bombing of Sinjar, which is under American directorship, by the Turkish Armed Forces right before the May 2017 Trump-Erdogan meeting?

The article Edelman and Schanzer put on paper exactly 2 years after Erdogan’s meeting with Trump and 3 years with Obama should be received as the hostile face of Washington shown to cameras. It is obvious that 2 senior authors have thought on the article at length. Just as is with the Sinjar Operation which was conducted by the top commandery of the Turkish Armed Forces before Trump meeting. It gives a very clear message.

The following is said about American interests:

-Yes, the article is full of logical errors. I am aware. That is my problem. We have put the bullet in the chamber. Our next move may be more serious.

What was that logical error Edelman and Schanzer made?

It should be normal for a country which regards killing hundreds of thousands of innocents with a nuclear bomb as a matter of National Security. Then again, what else would you expect from the children who grew up with pragmatic doctrine?

What pushed Madeleine Albright to choose death for children that easily? Surely, pragmatism.

Edelman and Schanzer also attempt to keep the American Government awake. They have a Turkish opposition which they are not used to. The expression ‘Turkish President Recep Tayyip Erdogan may be playing dumb, but he’s not stupid’ had not been chosen in vain. They were very upset about the fact that the Turkish side paid for the S400 following the Sanction Threat of the American Congress, indeed. Their reception of Erdogan’s intention to request an exemption [if that is true] caused them to review all of their knowledge on international relations. Edelman and Schanzer did not refrain from threatening Trump at this point in the article: ‘But even if he could, he shouldn’t’. Could there be a more threatening statement to be made to the American president?

In the remainder of the article, having unsheathed the sword they will use until such time that the dollar reigns, which is inescapable, Edelman ve Schanzer wrote; ‘The Countering America’s Adversaries Through Sanctions Act or CAATSA’. The threat is crystal clear. As a matter of fact, it can cost the USA to forget that they live in a glass house. Could the error in logic and expression have been caused by their inability to see that the empery is collapsing?

Could the system which is lethal belong to the defense system itself? The confession in this part of the article should take its place in all international relations courses 101: State and Treasury departments have been pleading. State and Treasury. Which means the issue is not security. It is wealth. We can interpret it as having a share in the wealth of the Middle East.

The new name of the American aggression, hostility, and threat, F35, will serve the goal of having a share in the wealth, which they confessed above. This new flying platform whose weakness has been proved several times should not be stopped in any way, by anyone. There should be no obstacles that will confuse the air defense computer system. The defense, the long-sighted eyes of the S400 system which serves for defense only, should not witness the concealed civilian massacre by the F35.

Such that, the price paid in revealing that NATO was founded for the American interest is immaterial. Even a non-existed mechanism can be invented to expel Turkey from NATO. This is why the USA, who owns the offense weapon considers the defense system aggressive. The murders by F35 should be concealed first.

If NATO removes Turkey from membership through ways that are contrary to the regulations, who would be Turkey’s new ally?

The question that preoccupies Washington should be this one. This must be the question Edelman and Schanzer cannot answer.

The USA can bring back DAESH which the USA had invented for the design of the region. It could even awaken the hidden cells within HAMAS. How else can the emphasis on HAMAS and DAESH in the article be explained?

The fact which surprises the author of these lines is the confession of USA involvement in the local elections of 31st of March, which was taking place within the democratic processes: it is an explicit confession to call Turkey’s democratic progression authoritarianism outright, even though mayorships were lost in some of the metropolitan cities.

‘American officials and legislators have demonstrated great patience despite all this’ is a threat which does not move beyond than proving that Turkey pulls the strings in the Middle East and the American incapability. We will observe when they will pull their head that they buried in the sand.

If Edelman and Schanzer start to think about the peace in the World and the welfare of humanity, instead of the American interests, they will be ashamed of their article, which I can only sum up as a confession of incapability.

Is Iran the excuse for a new world war?
First Islamic Constitution: The Constitution of Medina
Comment