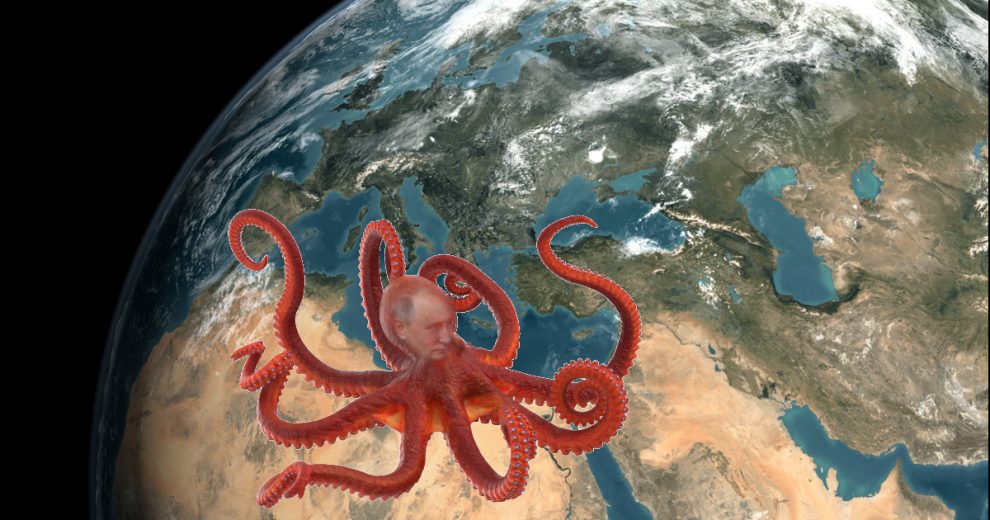 Well, Mr. Putin, I could be a little nicer and ask “что вы пытаетесь доказать, чёрт возьми?” but after listening to the pleads coming from Libya’s internationally recognized Government of National Accord (GNA) in Tripoli, as it prepares to face an assault from the U.S.-puppet warlord Khalifa Haftar, one can hardly be nice. Tell us what the hell you are doing in Libya?

For years you have acted as an observer looking at what financial capitalism was doing to Libya. You acted as if Russia were an impartial observer retired to a dacha in Odesa. Even the juniors in the Polytechnic University of Bobo-Dioulasso in Burkina Faso were more involved in the events in Libya. That great country of yours couldn’t bring itself to vote on the U.N. Security Council Resolution 1973 to protect the civilians in Libya.

Without the help of the Russian mercenaries, the self-appointed field marshal Khalifa Haftar would not survive more than a week after a second civil war in Libya. Thanks to Mother Russia.

Haftar was the defeated and embarrassing tool of Moammar Gadhafi in his failed war against Chad, but he also held a senior position in the forces that overthrew Gadhafi in the first civil war. In between, he was a prisoner of war in the U.S. and he returned carrying the citizenship of that country. He was accused of the war crime, of ordering the killing of prisoners of war during the recapture of Derna, but thanks to Russian protection, in 2014 he unilaterally dissolved the General National Congress (GNC), the elected parliament.

Since then Haftar has been running one half of the country in and around Benghazi. The war between GNA and Hafter’s forces was largely stalemated until recently. In addition to the state-of-the-art drones, piloted by personnel from the United Arab Emirates and Saudi Arabia, hundreds of Russian mercenaries from the so-called Wagner Group have changed the balance of power in recent weeks.

U.S. State Department keeps itself busy issuing what itself calls “forceful condemnations” about the war in Libya. But the whole world knows that the crown princes of the UAE and Saudi Arabia would not move their little finger let alone allow the drones donated by Israel to join the war in Libya. And Russia is siding with them. Really?

We know why the U.S. and its cronies are helping Haftar: The GNA and the majority of the Libyan people are acting as Muslims: For instance, they supported the resolution in the Fourth Committee of the U.N. to extend the U.N. Relief and Works Agency, known as UNRWA, mandate until 2023. Israel and the U.S. were the only countries that voted against the resolution, with 169 countries voting in favor and nine abstentions.

The GNA representative also joined Turkey in its condemnation of the U.S. recognition of Jerusalem as the capital of Israel and the relocation of the U.S. Embassy in Israel from Tel Aviv to Jerusalem. Finally, GNA signed a maritime border agreement with Turkey. The EU leaders declared the pact invalid; Greece, Cyprus and Egypt are angry for being cut off from oil and gas drilling in the Eastern Mediterranean.

Understandably, those usurpers would be angry because their open-seas robbery of other peoples’ gas and oil will be stopped. But Russia? Where did Haftar’s forces find the renewed energy and stamina (and guns, artillery and armored vehicles) to prepare an attack on Tripoli. According to the regional reports, the Haftar forces could defeat GNA this time. The U.S. ambivalence about the Libyan civil war, its disastrous “wait and see” policy and President Donald Trump’s phone call to Haftar seem to be the factors tipping the scales in Libya.

The EU and the U.S., again, seem interested only in what they call the Daesh pockets in Libya. As in Syria, it is of course just a masquerade to hide their real intention: to put Libya’s reins in trusted hands, for now, which seem to belong to Haftar.

We sort of know why the U.S., EU, Israel, Egypt, Greece, the UAE and Saudi Arabia believe in him but why on earth would you support him, comrade Putin?