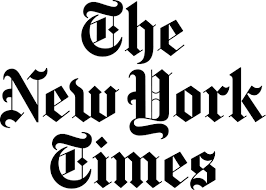 When it comes to troubled relations with Turkey, Greece or other European partners, Americans on both sides of the aisle as well as liberal journalists immediately hide behind the NATO alliance. True to form, the New York Times editorial board recently tried to shoot at Turkey from behind the barricades of NATO. Instead of asking the Trump administration to sever bilateral ties with Turkey, the newspaper in an editorial asked NATO to remove its nuclear weapons from İncirlik Air Base. One only hopes that the members of that editorial board are in Turkey during such a removal and witness the collective sigh of relief and the cries of “good riddance” for themselves.

The reason the NYT wants such symbolic weapons removed from Turkey is that Turkey has become an undependable ally, and as they did during the July 15 coup bid, Turkish military personnel can lock down the airbase. In one sentence, the NYT says, “Legitimate governments have a perfect right to defend against illegal actions like a coup,” and in the next sentence, it denies the right of Turkey to prevent all flights from İncirlik Air Base, which was one implementation of the putschists. According to local and Western news reports, during the coup, a tanker plane taking off from İncirlik refueled F-16s that were bombing Parliament and the presidential building as well as civilians gathered around them. The Turkish government had to close down all operations at İncirlik to defend democracy against the Gülenist cult that had planned and implemented the putsch.

Another issue the NYT cites to label Turkey an undependable ally is President Erdoğan’s alleged detention of American citizens as a bargaining chip for those Turks jailed in the U.S. When hatred clouds a journalist’s eyes, the mind then starts making one error after another:

A. It is not “Erdoğan’s dragnet,” but it is a constitutional judicial system Turkey has. Turkey is a democratic land of law; only courts can detain, arrest and convict people.

B. Those detained in Turkey have dual-citizenship.

As outgoing Ambassador John Bass shook the terror stick at Turkey when, in an unfortunate speech, he said that because of U.S. cooperation Daesh terrorism had not targeted Turkey for the last 10 months, this time it is the NYT threatening Turkey with more economic and political sanctions. It writes that the recent suspensions of U.S. visas to Turks delivered a blow to Turkey’s financial markets and – attributing to an unnamed American official – there are more moves in the bag; the U.S. had not “hit bottom yet.”

We may have been allies since 1946, but you have learned nothing about the Turkish people yet. Such threats only make Turks more vigilant and strengthen national unity.

Since you opened the subject of alliances: Why are we allies in the first place, really?

*This article was published in Daily Sabah in 16 October 2017

Murdered journalists in Turkey. Who is responsible?
Why do US-Turkish relations deteriorate?
Comment