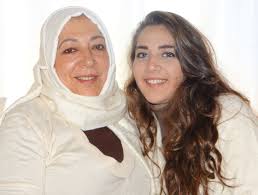 Attempted coup of July 15, 2019 was without doubt the most serious political action that Republic of Turkey has gone through as a result of which the survival of the state was endangered.   Unprecedentedly, those involved in the attempted coup have opened fire at civilians, killing 250 of them. The parliament building and numerous city squares were destroyed by guided bombs and the coup plotters have fought from night until dawn in order to  repress the civilians protesting and resisting against the coup. Some of the coup plotters who could not withstand against the resolute resistance of civilians have left their arms and escaped while some of them surrendered along with the coming of dawn. Coup plotters were put on trial, found guilty and sentenced based on evidences which were also examined by numerous neutral observers at home and abroad.

None of the numerous political and social actions and incidents that took place until that date have given rise to such a battering impact on the state as this attempted coup. In the aftermath of this insurrection that endangered the future of the state the murderers under the guise of soldiers who were involved in the insurrection were caught but the struggle against those who assisted and harbored them continues.

As is well known a coup must have supporters not only from political, economic and military segments of society but also from the social media, civilians as well as from the written and digital media. Besides the planning of the coup at the military and political level support from the domestic public opinion and world public opinion may only be obtained  through the efforts of media. It is also impossible for an accomplished coup to survive without the support of the media.

Organization of media, training and preparation of the coup plotters, obtaining the support of the civilian population are factors that must be maintained even after the realization of the coup. Some of these factors must remain secret as a matter of tactic while some of then must be public. It is well possible that a seemingly successful coup  proves to be a failure in the final analysis.

Fight against the coup can be successful only by neutralizing all its supporters.

Basing on these principles, the present government against which a coup was attempted began fighting against all the segments involved in the coup based on a plan that draws its strength from people. And this fight is still continuing. Criticisms rise abroad especially against the fight against the arm of the coup in the press. We want to believe that these criticisms arise from the inability to see the true nature of the coup.

Many inquiries and research studies were conducted both at home and abroad after the failed coup. Some of them have a critical approach against AKP which is still in power in the aftermath of July 15.

When we have a look at those critiques we see that legal proceedings and prosecutions initiated against and interrogations of journalists are at the top.  The interpretation of the measures taken by the party ruling the country as  dictatorial measures have become a pattern probably because of the failure of the  government to make the public believe that the attempted coup was a real attempt aiming at toppling the government.

Developments regarding the legal measures enforced against the press are presented to the world public opinion are announced through some popular internet sites as is done through the social media. As the social media experts and educators know very well, the contents of the articles and news published through the digital media have a very low rating. We might even say that the readers only suffice to read the headlines thinking that this is successful to have an idea about what is going on. Furthermore some book critiques even make evaluations about the books that they have never read.

As the reality of today is as described above, the information provided by the institutions which make serious criticisms of Republic of Turkey with the mentality of a rival and are accepted as reliable sources of reference by the world public opinion were reviewed. Official replies given to the criticisms of those institutions were not evaluated.  And the result obtained from that review was summarized in this article. All statements contained in this article are cited from the information given by the relevant institutions and no changes were on the words, sentences and styles of expression.

The most serious and unwanted incident suffered by the journalists was the obstacles put against their freedom of expression, suffering of violence, their being injured and even killed. We shall examine the last one of those problems in this study.

Our inquiry focuses on the deaths of journalists during the period beginning from the year 2000 up to the present time which also covers the period of AKP government that draws criticisms. This inquiry comprises the incidents of death that occurred within the territories of Republic of Turkey. It was deemed sufficient to bear the title of “journalist” for a person to be included in this study without regard to whether they have a press card and work legally. The identity of the person or suspects who caused the death of the journalist has not affected our inquiry. Our personal comments and contributions are not included in the inquiry.  The names of the journalists were listed as they have been taken from the sources.

To summarize our conclusion in a single sentence, we may say that the criticisms directed against the incidents resulting in the deaths of journalists do not seem to be justified even based on their own data.

In the remaining part of this article, we give the floor to the sources that criticize Republic of Turkey.

1.Zaher al-Shurqat: Syrian journalist Zaher al-Shurqat died in hospital on April 12, 2016, after a masked man shot him in the head on April 10 in a street in the southern Turkish town of Gaziantep, according to news reports. The Islamic State group claimed responsibility for the murder.

2.Rohat Aktaş: Aktaş was shot in the arm on January 22 while backing on efforts to help those wounded PKK militants. Aktaş took PKK militants in a basement, where he became trapped with dozens of others. Caught in the crossfire between the Turkey military and the PKK in Cizre, Turkey.

3.Naji Jerf: Jerf was shot in front of a building that houses. Some supporters of Islamic State celebrated the killing on social media and the Saudi-owned pan-Arab Al-Arabiya news channel said the militant group claimed responsibility in a statement. In a video published by Islamic State’s, the militants claimed responsibility for the murders of all four journalists.

4.Fares Hamadi: Syrian journalist Fares Hamadi was killed along with his colleague Ibrahim Abd al-Qader in an apartment in Urfa, southeastern Turkey. Supporters of the militant group Islamic State published a video on social media claiming responsibility two days after the murders. Victim was a Syrian refugee. Daesh has claimed responsibility.

5.Ibrahim Abd al-Qader: Syrian journalist Ibrahim Abd al-Qader was killed along with his colleague Fares Hamadi in an apartment in Urfa. Supporters of the militant group Islamic State published a video on social media claiming responsibility two days after the murders.

6.Cihan Hayırsevener: Hayırsevener was shot three times in the leg while walking to his office in the town of Bandirma. He died later that day at the Uludağ University Hospital in Bursa. The founder of the newspaper İlk Haber, İhsan Kuruoğlu is accused of having instructed Serkan Erakkuş to kill Mr Hayırsevener. Istanbul Heavy Penal Court 10 sentenced İhsan Kuruoğlu to 27 years’ imprisonment.

7.Hrant Dink: Dink was shot outside his newspaper’s offices in Istanbul.  Prime Minister Recep Tayyip Erdogan condemned Dink’s murder as an attack against Turkey’s unity and promised to catch those responsible, according to international news reports. A day later, police arrested the alleged triggerman, 17-year-old Ogün Samast, who reportedly confessed to the crime. Erhan Tuncel and Yasin Hayal, described as ultranationalist Turks opposed to Dink’s political views, were accused of conspiring with Samast to carry out the murder. In all, 19 people went on trial beginning in July.

8.Saaed Karimian: The founder and chairman of the Persian-language GEM TV company. The TV has been criticised by Iran for “showing programmes that go against Islamic values” and has been accused of spreading Western culture. In 2016, a Revolutionary Court in Tehran tried Karimian in absentia and sentenced him to six years in jail on charges of “acting against national security” and “propaganda against the state.” According to his relatives, Mr Karimian had been threatened by the Iranian regime.

9.Mustafa Cambaz: The photojournalist with the Turkish daily newspaper Yeni Şafak was killed during the failed coup in Turkey. According to his newspaper, he died of a gunshot to the head when soldiers opened fire on the crowds in the Çengelköy neighborhood of Istanbul in the early hours of Saturday 16 July 2016.

10.Önder Babat: He was shot in his head with a 9 mm bullet. It has not been found out who the attackers were. The ECtHR considered that the material in the case file did not enable it to conclude beyond all reasonable doubt that Önder Babat was killed by any State agent or person acting on behalf of the State authorities.

11.Yaşar Parlak: Yaşar Parlak was detained on allegations that he had kidnapped a girl. He was released after one month. Two months later he was shot in his neck with one bullet, a method known from Hizbullah.

14.Metin Alataş: He was found hanging from a tree. He was also attacked in December whilst distributing the paper in the region. Colleagues believe he was killed by “illegal forces” or forced to commit suicide.