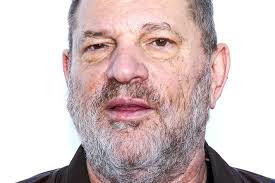 One wonders how a God-fearing, churchgoing, alms-giving, flag-waving good old American family could put up with those old men at the heart of their political, economic and artistic communities? Those old (and not-so-old) men either are harassing or have had harassed women, using their control over them. Since women – even those who have achieved a higher status in their career – do not enjoy the same authority over their employment status, those men who could be considered an authority figure over them had a long history of sexual misconduct.

Perhaps the revelations of these long histories of depraved behaviors are coming so rapidly at us one after another, we started to think almost every male and female movie star, assistants of senators and congressmen, and any women in between have been the victim of some sort of sexual misconduct.

Harvey Weinstein, Kevin Spacey and Brett Ratner are all Hollywood producers. In other words, they have the authority over those who decide who is going to have an important part in that forthcoming movie which could make anybody an instant celebrity in American society. As the age-old hearsay takes it, the road to be rich and famous still goes through the bedrooms of directors and producers.

One should keep this in mind when a movie or television celebrity issues a moral warning to any people in the world about how they should live their lives, who they should elect or not elect as their political leaders. They have no moral high ground over anybody in any country. I have Charlie Sheen in mind especially right now. Sheen had issued a statement about the human rights activists’ safety in Turkey some time ago. Apparently, he was not paying attention to the human rights of an underage male costar when they were making the movie “Lucas” at that time. According to hundreds of people in California, writes The National Enquirer, it was common knowledge that Charlie raped that 13-year-old boy on the film set several times. He of course denies it. That young man died after the scandal. This disgusting personal history had not stopped Sheen and other so-called Hollywood stars; they kept teaching other people that they should live their lives in accordance with the American values they were promoting.

What is more alarming than the fact that litany of American movie stars, politicians, business leaders, school teachers and hospital administrators are coming under accusations of sexual misconduct is the results of a recent research that the majority of people in the U.S. either find those victims had in fact “affirmative consent” at that time or there are changing their mind to collect some benefits from it. A large majority of those who participated in the research say the victims are lying about the incident.

It may or may not be true. However, the popular perception about it shows us the level of demoralization in American society. The majority of American people think that their fellow citizens are liars who engage in lewd relationships and later try to capitalize on it.

It is not truly kosher to generalize on anything reported by The National Enquirer, yet since from Salon to Daily Beast and The New Yorker, many print and online publications commented on it, this instance of its otherwise salacious journalism could be an exception.

American authorities kidnapped a Turkish businessman and a state bank manager and charged them with breaking U.S. laws. We know for a fact that the two public prosecutors and the judge of that federal court have received paid travels and other gifts from those who have also provided material used in charging Turkish businessman and the bank manager.

The allegations against that judge and other officers of the same court are so specific and so credible that any self-respecting American citizen should not sit in that court as a jury member.

What about those Americans who simply throw up their hands and do nothing when their politicians, movie producers and corporation managers have been accused of sexual misconducts? Would they be willing to look elsewhere when their courts engage in similar lewdness?