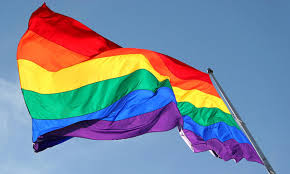 Governor of Ankara cancelled LGBT film festival sponsored by Germany last week. As expected, those seeing sexual preferences as individual freedom but rejecing them as a poisoning action that damages morality of community reacted and protested the decision. Their reaction is a bit strange as they ask free conduct of sexual activities, particularly in a country like Turkey where religious rules are influential and give no room for unusual sexuality. Anyway. None can be accused just for being selfish.

In this case, the problem is whether morality can be seen as a sacred value or not. If so, then, what is morality? Does someone accept other’s way of life and rules as morality for himself/herself? Is morality a universal value? Whose morals and values will be deemed universal then? For sure, morality changes from society to society since each has different cultural and religious backgrounds. For instance, Australia voted intra-sex marriage last week and 61% of people favoured it. The result of a similar referendum carried out in Turkey will be different and probably more than 90% of people will be against it. I am very doubtful that such a referendum can really be conducted in Turkey as even mention of it is seen immoral.

So, in these circumstances, what should be done? Anyone will acknowledge that none can intervene how others live and what their choices are. However, a LGBT film festival is not related to individual rights. Because the event is held in public and publicized by media, which can be supposed as promoting the activity and getting people used to it.  The film festival is also provocative since majority of people not only disapprove it but also see it as a challenge to their traditional life.

There are also many reasons to believe that the film festival has a political aspect as well. It is notable that the event is sponsored by Germany ( probably by a German association). Aren’t Germans aware that Turks are sensitive about sexual issues? I am sure they are, and in spite of this truth, they still fund it. Might Germans plan to cause outrage among people and get their fury risen? Nobody knows but it is obvious that they have an idea about likely reactions.

If the event is still seen from the context of rights, one can ask why majority’s right of refusing it is ignored. If a person affiliated to L or G or B or T has the rigth to live as per his/her sexual choices, the other non-affiliated person may reject any kind of LGBT activities. Whose final decision to be implemented, then? Perhaps, the only solution is democratic choice which favours majority’s decision. Since Turkish people are against carnal shows in public as per religion guided culture, they are proponents of LGBT events that must respect others’ way of life.

None cares what LGBT members do unless they do it in public and cause spread of it among people. Thus, chanting for rights does not mean that chanters are right. Freedom ends when it harms other’s freedom. In mentioned case, pro-LGBT activists not only bring their activities to public but also implicitly invite others to join, to approve, and to get used to it, not mentioning it be used to spark another clash in Turkish society as it is funded by foreigners.

Defining Freedom Fighters and Terrorists in Syria (and Beyond)
Hollywood scandal: A bunch of dirty old men
Comment