Turkish Health Minister Fahrettin Koca has been praised by the whole local and international community for his decisive effort to fight the global Corona virus pandemic. However, while Turkey has been taking effective steps to contain the infamous COVID-19, a single policy of one politician is about to put the lives of everyone at risk. That is no one other than Istanbul’s controversial mayor, Ekrem Imamoglu.

Turkish government has effectively placed painful precautions in early stages of Corona virus spread in the country. First Coronavirus incident was reported in Turkey on March 11th. Only 5 days later, Turkish government issued a decree closing all bars, cafes, cinemas and other leisure businesses. At the time, Turkey had only 18 confirmed COVID-19 cases. And Turkish government closed the restaurants on March 22 only 11 days after the first Covid-19 case. Steps were taken in early stages when comparing to the European countries when they had the similar infection numbers. Those decisions brought the life in Turkey to a near stand still.

Turkish government also implemented strict measures on those whom were flown in from abroad. Over 20 thousand people were brought back from Saudi Arabia alone and thousands of fellow citizens repatriated from mainly Europe and other countries. Those people were quickly placed in quarantine dorms in cities like Istanbul and Ankara. So possible spread of the Coronavirus were contained as best as possible with precautions taken.

Policies of one person, however, is about to destroy all those efforts and have been endangering the lives of millions not just in Turkey but also in the whole world. That is nobody other than the controversial Istanbul Mayor, Ekrem Imamoglu. The new Istanbul Mayor has recently shared on his twitter media account a data on how much the number of passengers in Istanbul has been dropped due to Coronavirus. Imamoglu shared a graph which showed that mass transportation usage was down 83 percent.

“He was trying to justify his recent policy by sharing that information,” said 54 Cengiz Tunc who owns a computer programing company in Istanbul. Imamoglu administration massively cut back on number of public buses and subways since the Coronavirus outbreak. That policy caused big crowds in buses and subways despite the diminishing number of passengers. When people were supposed keep distance from each other, Istanbullers now have to travel in packed busses as shown in several videos circulation online. According to health officials, it creates the best environment for the spread Covid-19 and puts the lives of millions at risk.

“His policy makes all the effort of the government meaningless,” said Tunc. “The state could conduct tens of thousands of daily tests and take all the measure it wants. Imamoglu puts them all away with one single irresponsible policy,” he continued.

Meanwhile, Imamoglu was reported saying his administration have planned certain precautions in case of massive infection. He said he has made all the necessary preparations to turn two largest meeting area on each side of Istanbul into make-shift Corona hospitals.

The Istanbul mayor also recently posted another video on his Twitter account asking the government to place a full curfew at least in Istanbul. 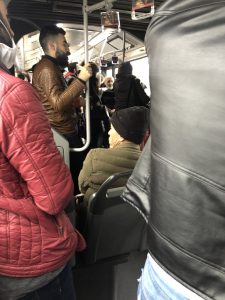 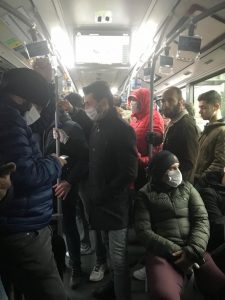 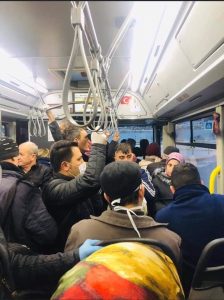 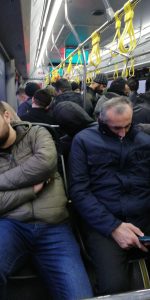 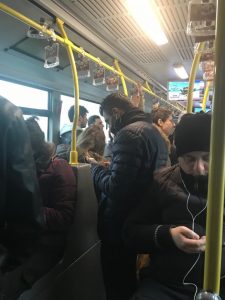 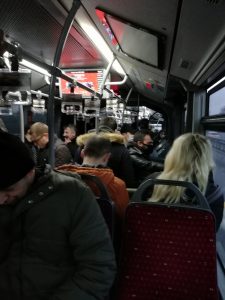