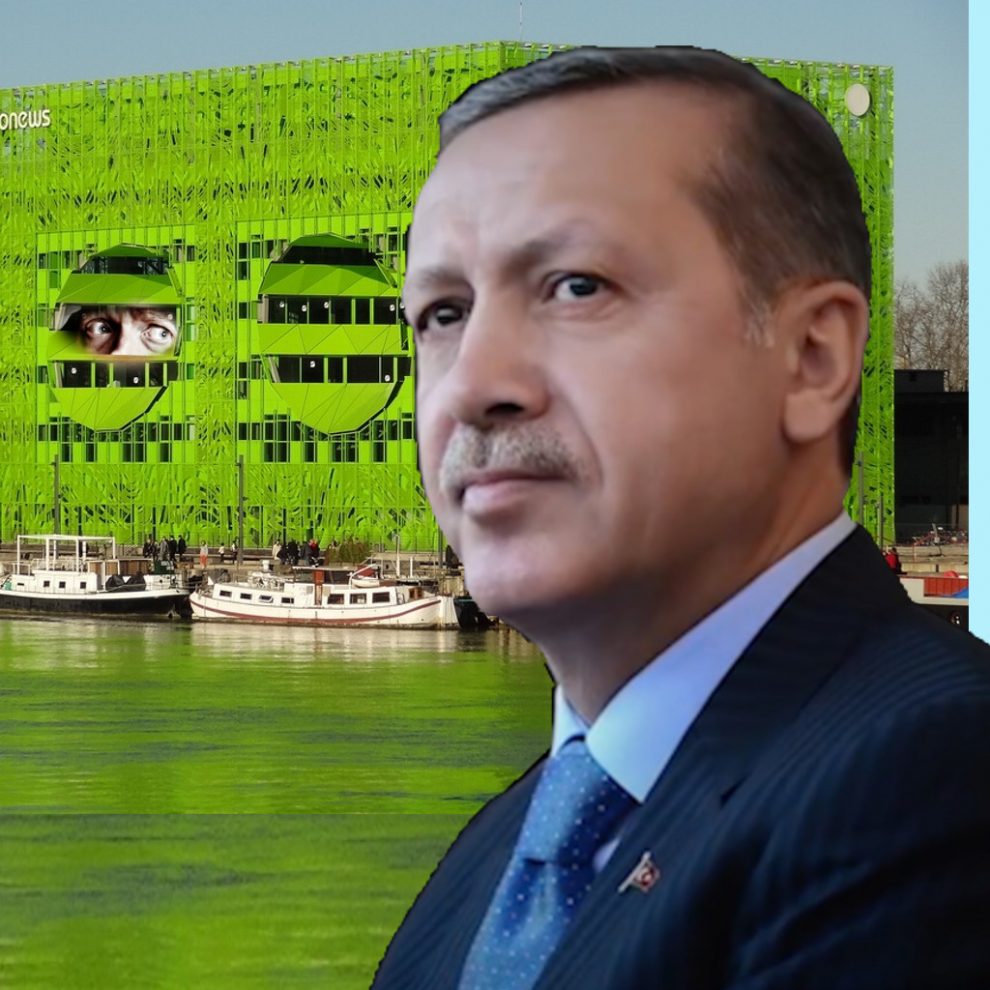 At Euronews headquarters in Lyon France, 2017 winter came with a bitter news that TRT was considering to drop out the partnership. Around 25 journalists of the Turkish service, some of whom were married to each other, were worried about losing their jobs. The end seem imminent for their 8-year adventure in this river-side French city. But Erdogan paranoia which spread through out the continent Europe would eventually save their jobs.

Turkey’s state broadcaster TRT decided to become a shareholder of multi-lingual network Euronews back in 2009 to promote its interests mainly the European Union acceptation process since the channel itself was a EU project. TRT purchased a little over 15 percent of the shares of Euronews SA and became the 4th biggest shareholder in the company. After paying undisclosed amount for the shares, TRT also had to pay some 5 million euros annually to finance the Turkish service.

Launched in 1992, Euronews claims to be the most watched news channel of Europe. The network broadcast in 12 different languages as of 2018. The Turkish service was the 9th one back then. The channel’s unique financial model turned troublesome and unsustainable in the upcoming years. Euronews has 3 different income source: Advertisement, the EU funds and the partner network payments. Euronews’ total operating annual cost was around 75 million euros back in 2010 and the network hardly earned one third of it from the advertisements. And Since the channel itself was a European Union project to cover the events around the globe from a pan-European perspective, the EU funded almost one third of the operational costs. Also, all partner networks had to finance their language services although final sum paid by each network was not the same. Turkey paid more than France and Italy for example to finance the Turkish service. Some languages like Arabic and Persian was totally covered by the EU funds. So without the EU money and the partner networks’ payments, Euronews would not be able to run.

It did not take too long for Euronews to finally realize the financial model was not working. Advertisement income covering Only one third of the costs was because of the sloppy ratings. The channel never had an audience as big as it claimed. TRT soon figured that out and wanted to drop the partnership. Since it was covering the costs, TRT parting ways with Euronews would mean the end of Turkish service as well which would mean laying off the staff of around 25 journalists. Also the Turkish side would sell its shares of the company which heralded big financial obstacles. The board could not knock on the door of the EU because the European Union had already been financing more than 3 languages. Plus, Euronews was labeled “European Union mouthpiece” because of this financial tie. This is where the infamous Egyptian tycoon Naguib Saviris stepped in.

Searching for a platform to promote his own interests be it political or financial, Saviris became the biggest shareholder of Euronews SA. For the first time in channel’s 25 years history, shares were sold to a person rather than a partner state-owned network. The acquisition had raised some eyebrows. Politico reported that politicians on the left and right in the European Parliament are demanding assurances that Euronews’ editorial independence will be protected after the take over. But one thing was protected for sure: The Turkish service.

German state-owned Deutcshe Welle is also said to be in preparation to launch a Turkish news channel. The decision is most likely made because the western media’s recent disability to reach Turkish public. “The western establishment has lost its ability to manipulate Turkish public over the media ever since Erdogan came to power,” says one of the prominent Turkish expert. The rumor has it that the channel is searching for Turkish native English speakers to hire. The number of journalists to be hired is yet to known.but it surely will employ quite few journalists to run a 24 hours news channel. The Turkish service will be the fourth language of DW after German, English, Spanish and Arabic.

So Erdogan works hard to improve the economy and create jobs to improve his chances of being re-elected in much anticipated 2019 presidential elections. But his hard work surely create jobs for Turks abroad.

Assad; an animal but not crazy
White washing Syrian voices on what should happen in Syria
Comment