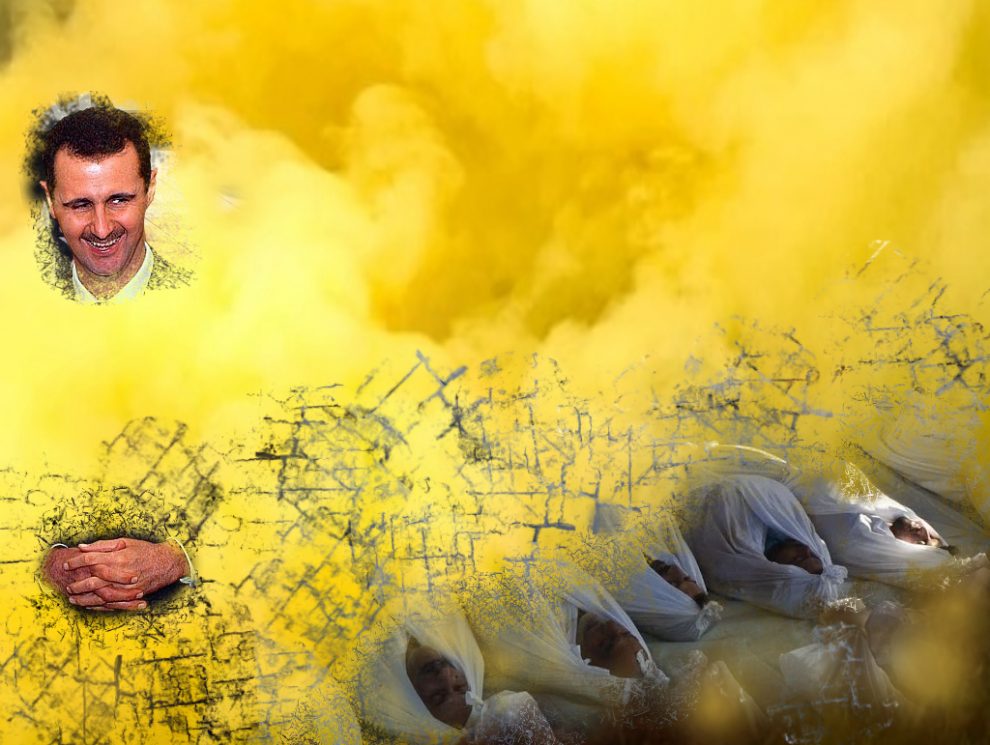 Syrian voices are often missing from the debates surrounding what the future of their country should look like. So what do Syrians think about a potential US strike on Syria?

From the moment the Assad regime allegedly struck civilians in Douma with chemical weapons last week, potentially adding to its growing list of more than two dozen confirmed instances of gassing Syrians, the US media has essentially become host to a shouting match – pitting those who advocate punishing Assad for carrying out yet another alleged atrocity against those who warn that further US airstrikes risks igniting World War Three.

Whether you tune into the right-wing-media-industrial complex, or any of the free-to-air news channels, otherwise known as the “mainstream media,” it matters not.

From Fox News to CNN; from CBS to NBC; from progressive outlets such as Democracy Now to white-nationalist rags such as Brietbart magazine, pundits who are unqualified to discuss the peculiarities and idiosyncrasies of Syrian society, or the complex military dynamics of the conflict try to convince the American public of the virtues and consequences of punishing Syria’s genocidal dictator with US military might.

Lost, of course, in the humdrum, as always, are the voices of Syrians themselves, who presumably must look on in sheer disbelief and bewilderment as non-Syrians argue about the future of their country and the value of their lives.

It should be obvious to American audiences that Tucker Carlson of Fox News, for instance, is not an astute scholar of Middle East affairs or international relations, and nor has he demonstrated any expertise or even a modest understanding of the conflict. But that doesn’t stop Carlson from playing a Syrian expert on TV for his predominately right wing audience.

Having said that, it’s not much better on the left-leaning side of the media landscape. In fact, it’s far worse, as progressive outlets such as Democracy Now, The Young Turks, MSNBC, and others play host to those who have been discredited with pushing debunked Kremlin generated conspiracy theories that are meant to discredit Syrian rebels and smear Assad’s victims.

So, what do Syrians think?

Kassem Eid doesn’t speak for all Syrians, obviously, but his story typifies the experiences of so many that have suffered under the relentless brutality of the Assad regime.

When Syrians took to the streets in 2011, inspired by the respective pro-democracy revolutions in Egypt, Tunisia, and Libya, Eid told me he took to the streets to demand “free elections, equality, and an end to tyranny,” asserting that Syrians were driven by “poverty, frustration, and anger.”

When Assad chose to imprison, torture, and murder protesters instead of hearing out their modest demands for political and economic reform, Eid did not instantly join the Free Syrian Army, which was established by regime defectors to defend Syrians from Assad’s tanks and guns. But then came a chemical weapon attack on his hometown – Moadhamiyeh – in August 2013.

“On Aug. 21, 2013, I woke up in the dark around 4:45 a.m., struggling to breathe. My eyes were burning, my head was throbbing, and my throat was blocked. I was suffocating,” wrote Eid in an op-ed.  “I pounded my chest but I couldn’t breathe. Suddenly, my windpipe opened. A gust of air pierced my lungs. Needles seemed to stab my eyes. A searing pain clawed at my stomach. I doubled over and shouted to my roommates: ‘Wake up! It’s a chemical attack!’”

When I spoke with Eid, he told me it was at that moment he decided to take up arms against his attempted murderer – Bashar al Assad. It was then I asked Eid what he had to say Western journalists who have visited government held Damascus, and who, in turn, claim Syrians support Assad?

“Well, first of all, how can you expect people to actually express their views of Assad while they are inside Damascus, after they see Assad killing almost one million people, displacing half of the country, choking children with sarin gas, burning people alive, raping women in the streets, and bombing cities into the ground – how can you expect someone to actually trust you and tell you his real opinion about Assad?”

Eid strongly supports the US striking the Assad regime.

“When the US hit Assad 12 months ago [in response to Assad using chemical weapons], it was meaningful but not powerful,” Eid said. “It showed Assad there were consequences, but they weren’t enough to stop the killing of civilians with chemical weapons and barrel bombs. So what we’re hoping for this time is a massive military operation against all Assad’s airports, and targeting his chemical weapons program.”

A number of journalists and activists who follow the conflict and conduct daily conversations with Syrians have remarked how almost every Syrian to a man is supportive of US intervention against Assad.

A report by Fox News showed Syrians circulating “we love you, Trump” memes on social media, hoping for US intervention.

“We are all with Trump, we will never forget that he stands with us and save us from the hell of Russia, Iran and Assad,” said Tarek Muharam 40, a leader in the opposition Free Syrian Army (FSA). “Finally, someone smelled the smell of chemical weapons and decide to stop these massacres.”

Amer Alfaj, a 30-year-old aid worker with the Red Crescent said he hoped that “the strikes will be much bigger this time to target all the military and security units of regime, so the Syrian people can get their stolen freedom.”

While residents of Douma told Middle East Eye that while most support US strikes against Assad, they worry it’s “too little, too late,” with a former school teacher remarking, “They should have bombed the regime before they took over Eastern Ghouta and forcibly displaced us. We have already been hit dozens of times with chemical weapons, and now they have agreed to evacuate us. But if the attack can prevent further attacks against civilians in Idlib and stop us from being displaced again, and bring us back to our homes, then I am for it.”

These are the Syrian people in their own words, unfiltered, and at the mercy of the next round of Assad’s unimaginable violence, but the US media has excluded them from the conversation, while callously indifferent and misinformed “anti-war” activists on both the political left and the right argue against the very thing many Syrians are praying for: an end to Assad’s capacity to bomb and gas them and their children from the sky.

In 2005, the international community established the norm Resposibility-2-Protect (R2P), which infers that the sovereignty of a nation state can only be guaranteed on the condition the state is not the security threat to the people within its borders, meaning the UN can intervene to prevent or stop genocide, ethnic cleansing, and crimes against humanity.

It’s an imperfect norm and one still in its infancy, but R2P has already been acclaimed for successfully preventing genocide in Kenya (2008), Kyrgyzstan (2010), and Cote d’Ivoire (2011).

Essentially, R2P puts the words “never again” into action, and its action from the international community many Syrians want and have waited seven long bloody years for. Surely, it’s time we stopped whitewashing their voices and started listening to them.