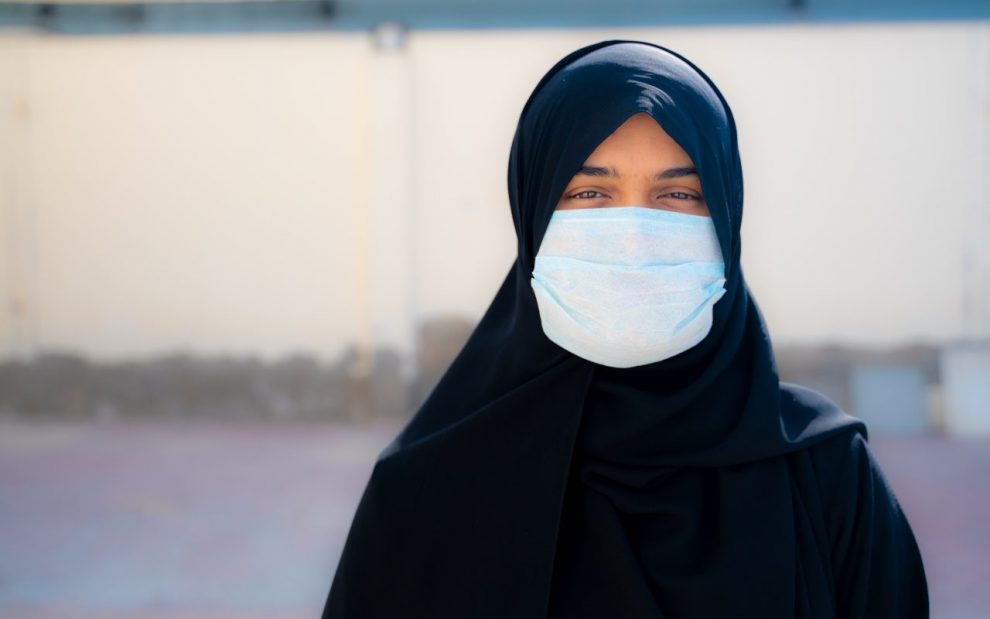 In the past fortnight, fears about the rapid spread of COVID-19 has resulted in chaos and confusion in the UK. Like elsewhere, new measures have been put in place to try and limit if not necessarily stop people from dying of the new coronavirus albeit by a government that has failed to act as quickly as some would have liked. To this end, some continue to flout the recently proposed ‘lockdown’, something that may become increasingly more difficult given the new legislation that has recently been introduced and which includes granting police greater enforcement powers.

How Muslims Live
Like others in the UK, the country’s Muslims have been affected by COVIID-19 and the new measures that have ensued. From within the communities themselves, there have been various calls to adhere to new social distancing norms and to go into quarantine when appropriate: the Muslim Council of Britain – the UK’s largest representative Muslim organisation – among others has been unequivocal in its messages to Britain’s Muslims in this respect. While so, some have raised concerns about the effectiveness of the new measures introduced as also the extent to which they are being adhered to within Muslim communities. These have included voices from within the National Health Service (NHS) who have pointed at the fact that Britain’s Muslims tend to have more people living in smaller spaces, at times having three generations living under one roof. Doing so automatically increases the potential for elderly family members to be infected while simultaneously limiting their opportunities to self-isolate. The police and crime commissioner for the West Midlands, David Jamieson, has also claimed that certain demographics – including Muslim communities – are struggling to access let alone understand important information due to language barriers.

Mosques and Muslim Gatherings
This view seemed to garner support on the first Friday after the new lockdown measures were introduced, with footage appearing on social media of worshippers amassing in order to attend Friday prayers at a mosque in Leicester. Similar footage from other locations was also in circulation. While all mass gatherings – including all religious services – have since banned by the government, both the Federation of Muslim Organisations and Muslim Council of Britain had already called for the immediate suspension of suspend all religious services. While the combination of the legislation and calls from within Britain’s Muslims have resulted in many of the country’s larger mosques closing, reports that only 375 mosques have officially closed their doors is extremely worrying given that it is estimated that there are more than 1,600 across the UK. Some scholars have even announced fatwas against mosques being closed.

Forced Cremations
In a community toolkit made available for Muslim groups and organisations, the Muslim Council of Britain has called for the postponement of all congregational activities including weddings and funerals. As regards the latter, the Government’s proposed legislation in response to the COVID-19 outbreak caused some consternation. Given the potential for a surge in deaths and lack of ensuing grave space, the new legislation initially proposed to overturn existing public health legislation designed to prevent any local government or municipality from being able to cremate a body against the wishes of the deceased. In response, those such as MEND – a British Muslim advocacy group – began to lobby the government on the basis that no Muslim or Jewish family should be forced to see a loved one cremated. While a very real concern for both Muslim and Jewis communities alike, those such as Baroness Sayeeda Warsi – the former co-chair of the Conservative Party – claimed that MEND and others were being irresponsible in how they were reporting the matter. As she put it, many were already working with government to not only ensure they were aware of the issue but more importantly, that it would be resolved. Accordingly, the new legislation was amended at the last minute to ensure that there would be no forced cremations.

Blaming and Hating Muslims
Maybe unsurprisingly, the COVID-19 outbreak has been latched onto by those on the far-right. While there has been an increase in street-level hate crimes in the UK against those who look Chinese or East Asian, some from within the far-right have sought to use the current crisis to ‘blame’ and ‘attack’ Muslim communities. While a number of hateful videos have appeared on social media from people driving through densely populated Muslim areas where large numbers of Muslims are seemingly ignoring social distancing measures to ‘blame’ them for its spread, others have claimed that it was a ‘Pakistani Muslim’ who brought COVID-19 to Europe via Italy. Others have suggested that for those who become infected with the COVID-19 virus, they take the opportunity to visit local mosques and spend time in Muslim neighbourhoods in an attempt to spread the virus in the hope it kills at least some Muslims. Clearly not even a pandemic can abate the hatred of Muslims some routinely espouse.