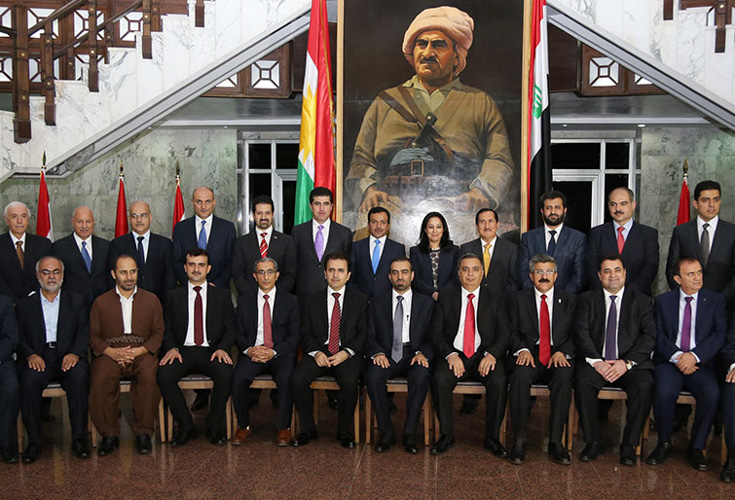 In a speech he made on Sept. 14 in Zakho, which is the closest city to the Turkish border in northern Iraq, Kurdistan Regional Government (KRG) President Masoud Barzani stressed that the time for independence has come and that moving on from the Sykes-Picot Agreement and the Treaty of Lausanne is long overdue in terms of determining the future of Kurds. The map that was used in banners in support of the independence referendum showed some 27 eastern provinces of Turkey within the borders of the new state. Following this, Barzani and KRG Prime Minister Nechirvan Barzani issued statements stressing that they respect Turkey’s borders. However, due to the reasons listed above, these statements are far from plausible for Turks. In the face of these developments, Ankara would still react against the referendum in the same way even if the ruling party were the pro-Kurdish Peoples’ Democratic Party (HDP) instead of the Justice and Development Party (AK Party).

When viewed through this lens, it can be said that President Recep Tayyip Erdoğan’s reactions that include warning of economic embargoes and military intervention are not stern at all. Turks have been agitated by the latest developments in Iraqi Kurdistan. Three years ago, the same Turks applauded Barzani when he was welcomed at the Habur border gate with red flags and addressed the public in Diyarbakır Province.

Previously, the Turkish state even changed the colors of traffic lights in Diyarbakır to prevent the colors yellow, red and green side by side, as they are the colors of the flag of Kurdistan. The current government, on the other hand, raised the flags of Turkey and the KRG side by side during Barzani’s visit in February.

Being rightfully sour on Barzani, Ankara had signed an oil agreement with the KRG despite the objections of its NATO ally America and contributed to the KRG’s steps toward self-sufficiency by transporting the oil in the region to the world. And now, Erdoğan is talking about the possibility of “shutting down the valve.” It can be said that this is a moderate response to those talking about occupying Turkish territory. Those reactions would not have been given had the referendum been organized with approval from Turkey, the leading neighbor and ally of the KRG.

Although all the KRG’s neighbors oppose its independence, Israel has stepped forward as the only country in the region to support the KRG’s drive for independence, which is not a coincidence. If the referendum brings about an independent Kurdistan, Israel would gain an advantage against Iran with a considerable ally with water and energy resources. Israel will also gain an advantage if the referendum stirs chaos in the region that might turn Iran and Turkey against each other. Given these factors, it is conceivable that Turkey feels obliged to act in a synchronized way with Iraq and Iran in the steps it will take regarding Iraqi Kurdistan. Visits by Iranian and Iraqi chiefs of staff to Ankara and Erdoğan’s scheduled visit to Tehran on Oct. 4 signify this concern.

In a nutshell, the independence referendum has brought all kinds of results other than independence so far. Accordingly, Turkey is not categorically an enemy of the KRG, but it will surely not condone disrespect for its territorial integrity.

*This article was first published in Daily Sabah newspaper in 29 September, 2017

Catalonia is not alone. Resist police torture
Speaking out of both sides of your mouth
Comment