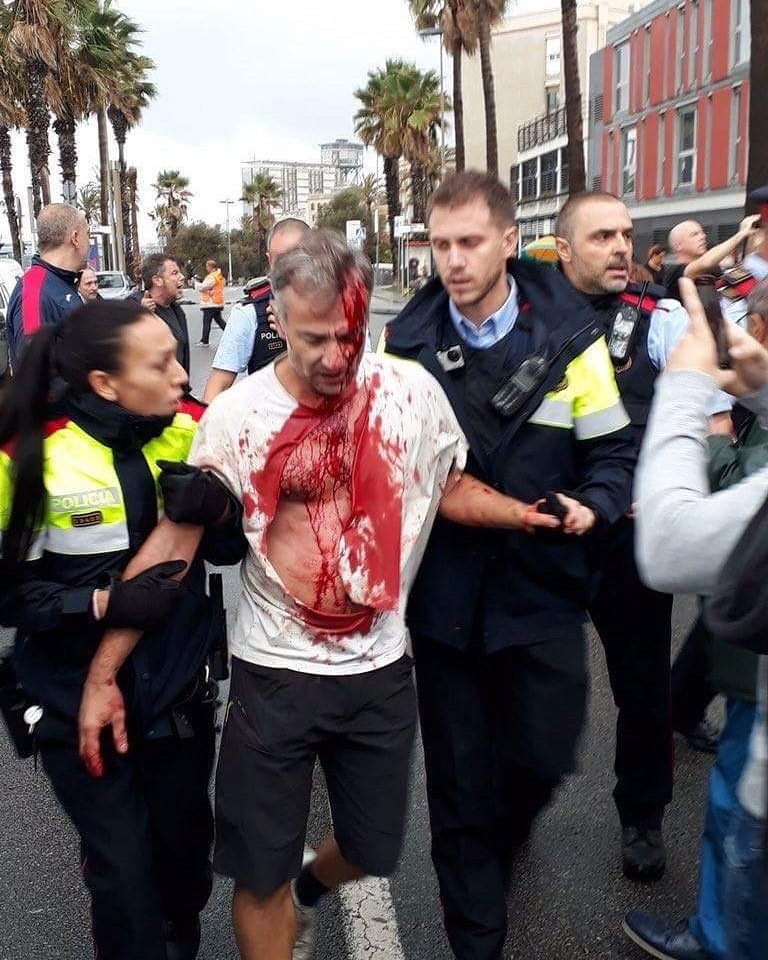 Catalonia’s referendum for independence has turned into a nightmare due to police brutality.
I won’t discuss whether Catalans should be self-determined since it will last long and police violence is more important to discuss. Social and classical media are full of photos and videos of tortured people. These bloody scenes were taken while Catalan people were trying to vote for their future. Bloody heads, beaten faces, crying women, etc… A very peaceful action was prevented with bloody police intervention.
Shame on Spain, shame on European Union. When same incidents happened in other countries, EU authorities immediately condemned governments. However, when Spanish people bate Catalan civilians, they turned a blind eye on it. Perhaps, they did not want to criticise Spanish government. Who knows, maybe such criticisms may end with Spain’s EU membership termination.
Whatever the reason for EU’s silence is, the Union could not pass the test. We all know that EU is sensitive about its values like human rights, democracy and peaceful demonstrations. Nevertheless, it seems that EU is against only those atrocities taking place out of its borders. If this is the truth, I wonder how it will condemn other countries for torture next time.
If EU is really pursuant to a civilized Europe, it must intervene Spanish police’s attack on Catalan people. The more Spain uses force against Catalonia, the less the possibility of co-existence of two nations is. The problem is not only of the Spanish and Catalans but also of European Union. If they won’t stop violence, they must keep silent against other countries, which will mean hypocrisy.
Actually, I am sure that EU executives will just make a silly call that won’t get Spanish government angry. Because they can sacrifice Catalonia but not Spain since they don’t loose another member after Brexit. Hovever, they must know that such negligence will provoke European people to solve the problem on themselves. We live in an era when people take action if politicians are just watching.
As an ordinary civilian not bearing police torture in Catalonia  I call all my readers to react politicians. Those beaten people could have been us, too. Hence, it is time to show our solidarity with Catalan people. We might not have power but we are right, which is the real power.