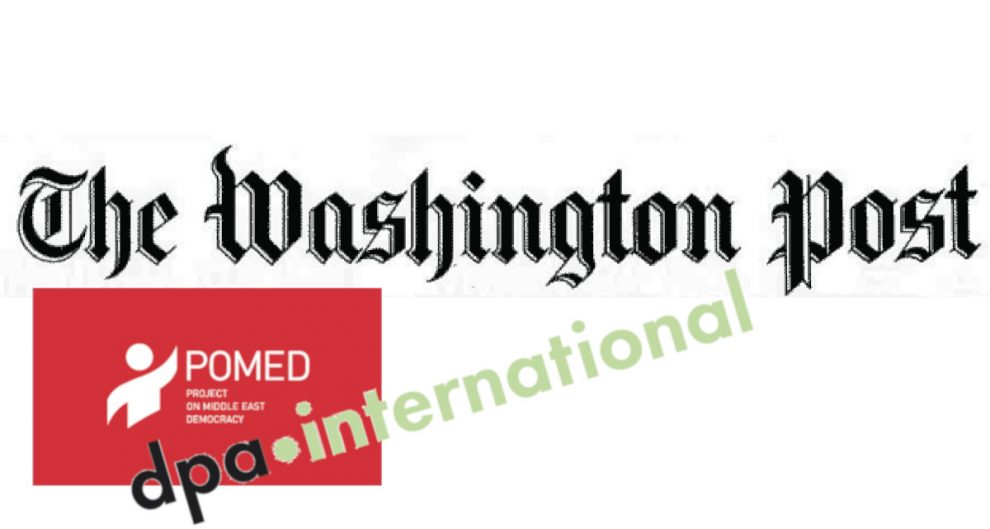 Erin Cunningham, the Washington Post correspondent in Istanbul, Shabtai Gold, a reporter for dpa international from Washington D.C., Howard Eissenstat of St. Lawrence University and the Project on Middle East Democracy (POMED), and countless other Western “experts,” scholars and journalists have been disseminating one and only one message throughout the election campaign in Turkey: President Erdoğan is an Islamist dictator and if re-elected he will have more powers to alienate Turkey from the West.Not only that: If you work for a newspaper which supports the 2002 revolution President Erdoğan and his Justice and Development Party (AK Party) then you have started to eradicate the tutelary regime that insidiously overtook the democratic republic since the first military coup in 1960, you are as Islamist (even a jihadist) as Erdoğan.

Despite the fact that neither the AK Party and Erdoğan himself, nor the media institution you work for had ever described themselves as such, the prevalent mode of behavior in vogue in Western media makes them self-infatuate with these common themes. No matter that Erdoğan had advised the post-Mubarak assembly in Egypt to stick with a secular government system when its members from the Society of the Muslim Brothers were inclined to pursue a more religiously oriented policies, if one sticks on him the lapel-pin of Hamas, all others follow suit.

Currently, for the Western media, the AK Party is a movement seeking transforming into an Islamist agenda like Hamas.And you, as an editor of a media institution which shares more or less some similar reformative agendas for Turkey, is their supporter, even an activist for the AK Party. Case in point: in her recent article the editorial coordinator of Daily Sabah Meryem İlayda Atlas describes her encounter with a German reporter. Ms. Atlas believes they had a nice conversation. Later, the German reporter described Ms. Atlas as “a person who secluded herself in her room from an open office full of women who wore tights and tight jeans.” The reporter also said Ms. Atlas wore a thick jacket in 25-degree heat.

The journalists live by their words and – figuratively – they kill their careers by them. What is implied here is that if you are an editor of “an Islamist publication” you act hermetically secluded from the Western-oriented segment of the population because presumably you are an Islamist and as such, you are against Western values and European dress codes.I remember of a schoolmate of mine from the Faculty of Political Science of Ankara University who became the chief justice in the Council of State, seeing a case against a school teacher attempting to enter the school while wearing hijab, what the authorities would consider a “public sphere.” She filed a suit to cancel the administrative rules so that she would be able to enter the school building. My colleague in his majority opinion wrote the rationale behind the court’s decision was as follows:

“A head covered (with a headscarf) on the outside must be closed to different worldviews and scientific knowledge on the inside.”That was before the 2002 revolution that eradicated the remnants of such tutelary beliefs of ill-conceived Eurocentric modernity. The AK Party and its leader Erdoğan helped Turkish intellectuals prove that any man or women who would like to dress, eat and behave in accordance to the tenets of his or her religion should not be conceived as a religious fanatic.

Ms. Atlas explains later in her article that the reason for the “thick” jacket she had on that day was simply because her north-facing room was not in 25-degree heat, but chilly. When encountering a person with religious sensitivities, your typical Western reporter allows her imagination to run wild. Probably that German reporter thought that an editor of a newspaper that supports an Islamist dictator should seclude herself in her room and incarcerate herself by wearing thick jackets.

Now that the election is over, those Western reporters may go back to their normal selves. There is no longer a war against Islamism and Islamic Jihad that they need to participate as soldiers of modern Western values.

At least for the next five years.