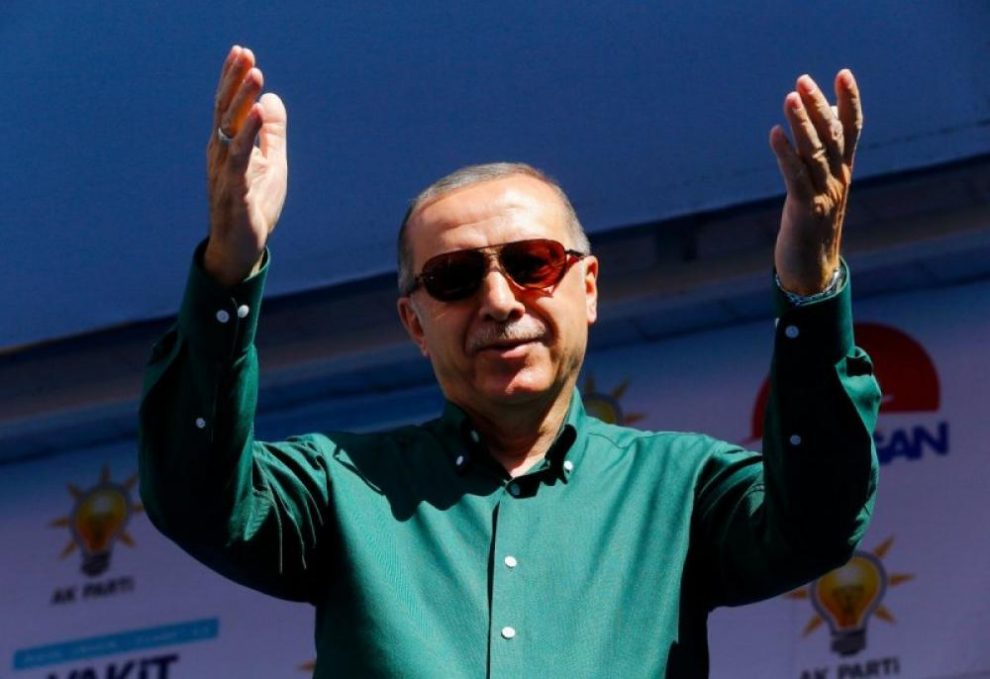 Turkish President Recep Tayyip Erdogan has been the undisputed and absolute leader of Turkish politics since 2002. According to his fans, his perseverance, honesty, and bravery are main factors enabling him to defeat his rivals. Turkey is not a country where politics are conducted in a peaceful and respectful manner as those so-called heirs of founders of Turkish Republic have always acclaimed to be the real owners of the country. We all remember how army, academics, unions, media and secularist groups resisted him during his early years of ruling. When all pseudo modernist/Westernist/secularist opponents ceased to struggle with Erdogan, many Turks thought the road before him would be smoother without considering parallel structures infiltrating into the state. It was FETO, Erdogan’s former ally secretly planning to overthrow him, that took over the duty of ending up his reign. Thanks to God, despite that FETO attempted two coups in 2013 and 2016 respectively, Turkish President could survive from their heinous plots.

Definitely, if Erdogan had lost last Sunday’s elections, things could be worse for him. Staunch secularists’ party CHP, FETO-backed Iyi Party, and PKK-backed HDP would judge and imprison him. Everyone admits that Erdogan has rebranded Turkey, second time after Mustafa Kemal, a process that required eliminating terrorists groups and pacifying oppressive opposition. Indeed, Erdogan broke wings of terrorists during pre-election period while people did not allow opposition to come to power via elections. However, they were all waiting to have another opportunity through elections to topple him down. Therefore, a likely victory of opposition would have as same results as of July 15 failed coup.

Fortunately, people’s foresight saw the danger and repelled it by electing Erdogan in the first round by granting him 52,5% of votes. Here, we should mention about clairvoyance of Turkish people with a few words. I can personally argue that Turks grasp what will happen after an incident more than any other communities. We witnessed how Turkish people took streets during the coup attempt of July 15, 2016 and saved their elected president. This honorable people again decided about their destiny by their votes in June 24 and sided with the correct candidate.

For sure, Erdogan is loved by Turkish people. One significant reason for this admiration may be that he gained confidence of voters in the course of time. People don’t think that he can lie, deceive, be a corrupt leader or a traitor. While some party members and bureaucrats were accused of corruption, no evidence has been found about Erdogan’s illegal transactions. Thus, being so transparent in his politics draws a trustable profile in people’s minds. This is the reason for why he got more votes than his (Ak) Party.

Meanwhile, the allegations by Western media that Erdogan won elections because he controls media and gets use of state resources are incorrect and unfair. First of all, Erdogan came to power in 2002 in spite that all media were against him. Besides, he was harassed and insulted by majority of media outlets till last year. If media had a role in electing a person, why couldn’t they stop Erdogan in 2002 and in following years? On the other hand, if opposition had a candidate favored by people, he or she would definitely be the winner. Erdogan has won all elections as he served well to the country. None buys cheap goods with attractive ads. As such, Erdogan’s personality, politics and projects make him brilliant among others. In other words, he could win again even if media was propagating against him.