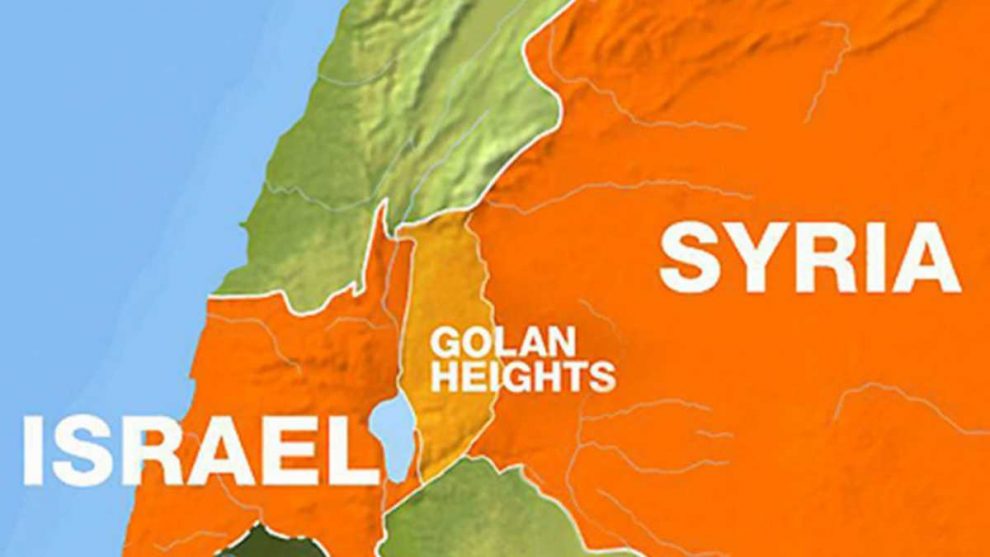 There is no one single day an Israeli politician or analyst would not instigate a provocative commentary or a sheer lie about Syria and Iran. Any anxiety even fear about the terrorists across their borders in Syria is understandable: For Iran and Hezbollah are not known for their friendly feelings toward Israel.

Unlike any country involved in the region, only Israel is not working towards a peaceful settlement in Syria. Quite the contrary, they are championing a protracted war and a total disaster in Syria. If they could, they would have the USS Harry S. Truman aircraft carrier carpet-bomb the whole area: Innocent people, children and women would perish; the country would be reduced to rubble in the hope that what remains could not constitute a threat to the state of Israel.

Israel has been implementing the same policies in the occupied Arab lands since the 1967 War. Not only the war hawks of the past and present Netanyahu governments, but all Israeli administrations have been acting based on the understanding that if you destroy a region or a country to the ground, you also destroy the willpower of the people there. No, you cannot achieve that, especially, when the destroying power is acting on an unjust cause, you strengthen people’s will to resist; they will rise from the ashes and resist. So 16-year-old girls become martyrs and national heroes. You galvanize their resistance even more.

While U.S. task force commander Rear Adm. Eugene Black called for peaceful means to maintain security in the region when the USS Harry S. Truman aircraft carrier came to Eastern Mediterranean waters, Israeli sources, putting words in the mouths of American officials, start dreaming about a renewed bombing of Syria. As the American commander declares that Russian, Iranian and Syrian military forces find common strategies against terrorists in Syria, Israeli sources start drawing strategic and tactical war plans for him: “The Trump administration looks with extreme disfavor on the mounting cooperation between Russian, Iranian, Syrian and Hezbollah military forces and their aggressive intent, especially with respect to the U.S. outpost at Al Tanf.”

You can make that many mistakes in one short sentence when you are totally blind to the realities on the ground: (A) there is no mounting cooperation between Russia, Iranian and Hezbollah forces; President Putin is skillfully distancing his country from any military plans Iran might have; and (B) Bashar Assad seems to prefer the Russian option not the Iranian one. He recently said on an Iranian TV channel: “We were faced with two options … reconciliation or liberation by force. At this point, the Russians suggested the possibility of giving reconciliation an opportunity.” In short, there has not been “aggressive intent” in the region recently.

Israel should know very well that Russia called late last month for urgent negotiations with the U.S. and Jordan on the southern Syria issue, and Russian President Vladimir Putin has personally discussed this with Israeli Prime Minister Benjamin Netanyahu. Apparently, Assad said, “Russians, Americans and the Israelis are still discussing the issue.” For Assad, as he said in that television interview, the possibility of a settlement that forces Iran to leave the south is out of question because “the Syrian-Iranian relationship is a strategic one not subject to the price tags of the international bazaar.”

Israeli sources should be able to see the difference between Syria’s relationship with Iran and Hezbollah. Assad is not talking about a Hezbollah presence in the area. Despite Israeli wishes for a prolonged and more destructive war in Syria, U.S. and Russian authorities now seem to agree on a government comeback in the southern provinces of Daraa and Quneitra.

It is not peace that Israel is after; it wants to devour the Golan Heights and more Syrian territory in the process.