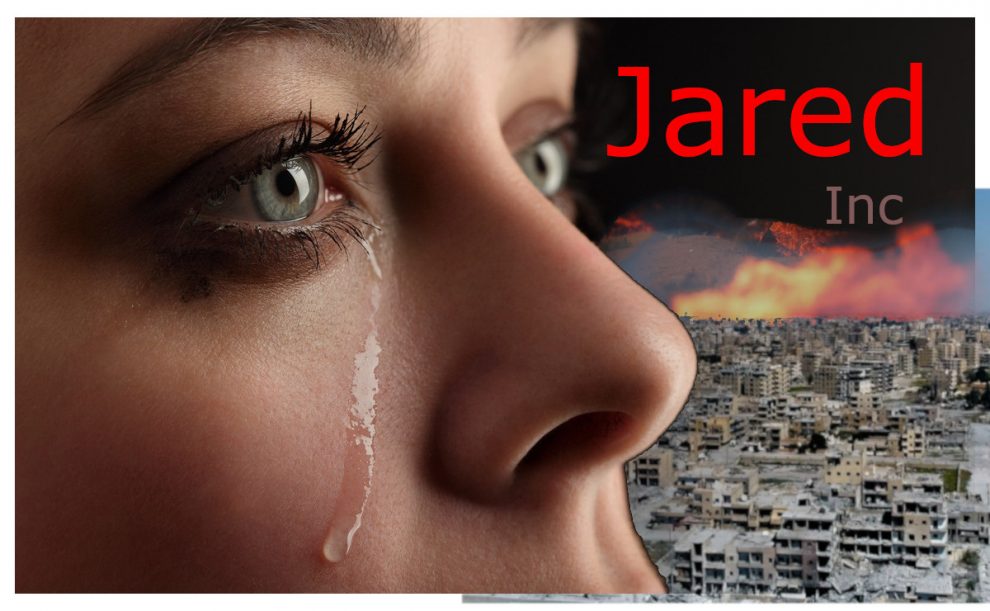 The Trump administration’s decision to recognize the Israeli annexation of the occupied Golan Heights is the opening salvo of the peace plan the president had his son-in-law Jared Kushner develop. According to various news stories, the plan – called the “Deal of the Century” by Donald Trump – has seven features, including Jordan giving land to the West Bank and getting land from Saudi Arabia.

A recent book by Vicky Ward, “Kushner, Inc: Greed, Ambition, Corruption – The Extraordinary Story of Jared Kushner and Ivanka Trump,” has some details of the plan in addition to the land swaps. She cites in the chapter on “Fighting the poverty of the Palestinians,” which calls for the Saudis to build an oil pipeline to Gaza, and refineries and a seaport; with its income, desalination plants would be built to provide employment to Palestinians.

As Mark Twain said, everything looks like a nail if you have a hammer in your hand. As people who grew up in filthy rich and dysfunctional families, Jared Kushner, his wife Ivanka Trump and “the Donald himself,” it is quite natural for them to assume that all the Palestinian problems are emanate from the high rate of unemployment.

Haaretz contributor Adrian Hennigan concludes his review of the book with this prediction: “If Kushner succeeds in selling that one to the Palestinians, he may want to try selling them the London Bridge while he’s at it.”

If we put together the bits and pieces of information about the “Deal of the Century” in the light of Trump’s second dumpster fire on recognizing Israeli sovereignty in the Golan Heights (the first salvo was recognizing Jerusalem as the capital of Israel and moving the U.S. Embassy there) we can see that the U.S. plan is a plain and simple; a “one-state solution.”

The proponents of this so-called solution back the idea that there should be a single state of Israel, all the occupied territories combined into a single state; all the Arabs living in the occupied territories should be Israeli citizens. There are several variations of the basic idea (for instance, leaving the Gaza Strip out of the solution, or giving self-governing status to the Arab areas), yet the whole idea is about creating one greater Israel. There are many Israelis opposing this solution on the grounds that it is neither legal nor realistic. It would not provide a peaceful solution to the Arab-Israeli conflict. Quite the contrary, the annexation of the occupied Arab territories into Israel will simply expand the strife.

Thirty times larger than Manhattan Island, the Golan area has been under the Israeli occupation since the Six-Day War in 1967. According to the CIA, Israel holds 500 of the 700 square miles of the area. One can say that if you cannot redeem your occupied land for the last 50 years nobody might cry for your permanent loss. Especially if during that half-century you killed your own people with barrel bombs, napalmed them and expelled them from their homes, and due to your cruelty, people started a civil war to topple you, of course you, your regime and your country will have no respect from Trump and his ilk.

Trump (and Jared) needed Prime Minister Benjamin Netanyahu at the helm of Israel, so a week before the elections, Trump (or using the right term: the U.S. evangelicals) gave him the best of gifts: another four years. Golan is important for Israel not for the water resources or its height. Yes, if you stand on it you can see all the way to Damascus and Beirut, and with proper devices, you can control any movement up to the Turkish border. But its real importance comes from the fact that it is the first step toward the greater Israel, which requires no Iranian presence in the area.

Well, perhaps the “Deal of the Century” needs the presence of the Iranian Islamic Revolutionary Guard Corps (IRGC) and their proxy Hezbollah so that Jared Kushner’s new best friend, Saudi Prince Mohammed bin Salman will continue to be scared to lay the pipeline to Gaza.
Source: Daily Sabah