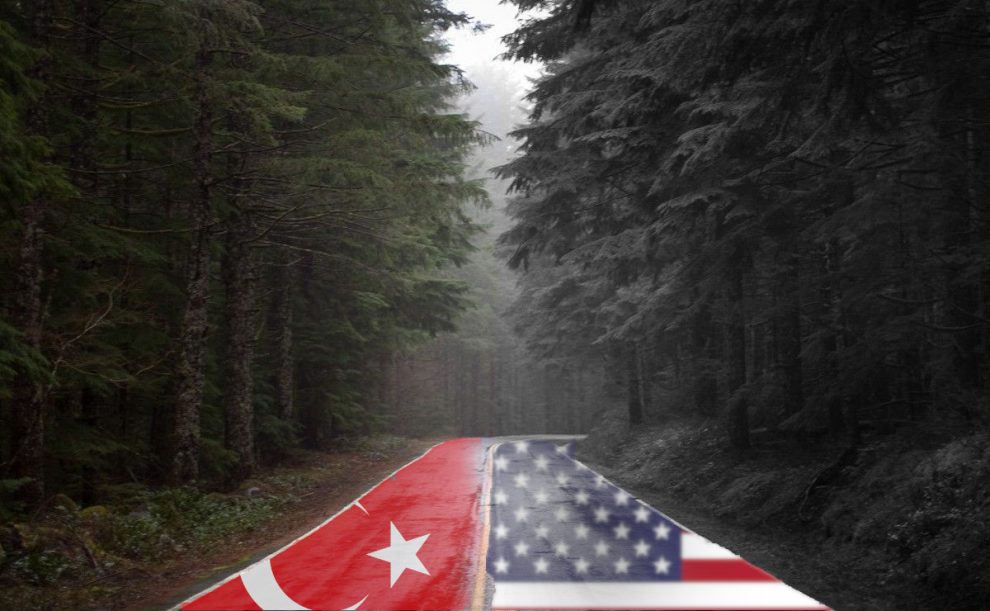 Nobody would like to be in James Jeffrey’s shoes. He has to amuse a boss who has an ego that cannot take anything less than a victory especially right before an election, and on the other hand he has to please the people at the U.S. State and Defense Departments who did not stop before dismembering Syria into three halves. What can one do in such a conundrum?

“In terms of ISIS [Daesh] numbers, between Iraq and Syria – and this is only a guesstimate – I would say 15,000 with a standard deviation of significant thousands in either direction,” Jeffery said. The man is not only a diplomat but a mathematician, too. To calculate the standard deviation, that is a quantity expressing by how much the members of a group differ from the mean value for the group, you need to work out the mean (the simple average of the numbers), then for each number, you subtract the mean and square the result. Don’t stop there – now work out the mean of those squared differences; take the square root of that and you are done.

Let’s assume that you did this and came up with plus-or-minus 5,000 Daesh fighters. Daesh terrorists could be, say, between 10,000 or 20,000. Right? Then how could you call what you achieved “a total victory against Daesh” as you did five months ago? The media headlines are still on their internet sites hawking that “Special envoy James Jeffrey holds briefing on Daesh defeat in Syria.”

Donald Trump repeated that too. The U.S. president even said that from then on, U.S. soldiers would join the Turkish military to sweep the remnants of Daesh away in no time.

The president and the two departments are not the only patrons Mr. Jeffrey has to titillate; “The natives are restless” as they say in Texas, or “Maymunun gözü açıldı” in Ankara:

1. Mr. Hulusi Akar, the minister of defense of Turkey has asked the soldiers waiting in their Turkish-made tanks on the Syrian border to turn their ignition keys on and get ready to roll into the self-governing areas controlled by the PKK/Democratic Union Party (PYD) terrorists.

2. The spokesperson of Mr. Mevlüt Çavuşoğlu has hinted in the recent press briefing that Ankara sensed something like diversion and distraction on the part of the Americans.

In short, James Jeffrey cannot appease those three sides simultaneously. Diplomatic acrobatics has it limits. When you take the wrong turn in the beginning, it is difficult to navigate back to the right place. The U.S. should have known that working with the PKK extensions in Syria against Daesh would only legitimize the PKK. Moreover, they should have known that the tons of equipment and ammunition provided to the PYD and the People’s Protection Units (YPG) in Syria would find their way to Turkey, as they have done so recently.

Turkey warned the U.S. about this not once, not twice, but continuously. Should the United States Central Command (CENTCOM) have agreed with the president in March to withdraw its support for the PKK terrorists and asked Turkey to wipe out the remaining Daesh pockets, it would have been completed by April.

But no. Under the disguise of the claims that Turks would also wipe out the U.S. partners whom CENTCOM promised protection, the “deep U.S. state” – that hidden government within the administration – continued to realize the original plan: Create and entity between Syria, Iran and Turkey so that the paranoid fear to increase the security of Israel could be satisfied. To do this they need to weaken Turkey militarily and economically. They need the old Turkey, which would pliantly acquiesce to the plans drawn up in the Pentagon and in Foggy Bottom, where the U.S. State Departed is located.

If the U.S. wants to increase the security of Israel, they don’t have to invade more lands and start more wars in the Middle East; quite the contrary, they have to convince their beloved Netanyahu to withdraw from the occupied Arab territories.

If only CENTCOM submits to President Trump’s plan, all things would be aligned miraculously – the real Syrian Kurds would have their rightful place in Syrian politics, the Shia will no longer need Iran’s protection against Bashar “The Butcher” Assad, and the Russians will stop bombing the innocent women and children in Idlib.

Algeria: “I Can See Clearly Now”
National consensus for a peace corridor
Comment