The political tempest that erupted in Algeria last winter is resonating powerfully in the ears of the masses. Algerians are still marching and celebrating both the selmia (peaceful) Mosaic uprising and the National soccer team’s CAN 19 victory; consequently, frustration and to some extent anger erupting across the country’s streets have grown louder, shouting for an end to Military rule: La, Lee Hokm al-A’askar. Months have passed and the question of the country’s fate still hangs in the air.

I predicted earlier that the country could be looking for the post-military regime à la Chili post-Augusto Pinochet; this model itself was a clone of the Spanish model post-Francisco Franco (Caudillo); whereas other analysts and observers are speaking about the António Salazar scenario in Portugal. Interestingly both models were instigated and accompanied by the Military.

A change that could create a new dynamic of healthy democratic process and accountable governance systems in the country based on the rule of law would include all the ideologies participating on a path that is taking direction from the panel of Mediation and Dialogue appointed by Interim President Abdelkader Ben Salah last week. “I can see clearly now, the rain is gone, I can see all obstacles.” Wait! I’m quoting from Jimmy Cliff’s song.

The ongoing events in Algeria could be qualified as a constitutional responsibility in the aftermath of the soft-coup that polished the ex-President’s resignation tile on the current political mosaic cardboard. This is reminiscent of the Algerian political tempest of the October ‘88 revolt which unveiled the iron mask of the FLN regime; when then-President Chadli Ben Djedid did not run away, but instead introduced a new Constitution that created a real sense of political reform and gave hope to many naive Algerians; until 1992, when his peers from the Military institution sent him into an early retirement in his Datcha in Boussefer, Oran getting a warm applause of the extremist secular political parties and elite who are opposing the Military’s crisis management and the follow-up of the legal and political progress, demanding a “Civil State”.

Similarly, this generation wants radical change, tearing up all of the apparatchiks of the regime and the oligarchs of the Bouteflika system, just as their elders wanted in 1988, provoking a political tsunami that gave ex-FIS party-led Islamists control of local offices, and winning the parliamentary elections in a landslide victory in December, 1991. The result was too spicy for the Generals and “democrats”, and later Algerians cursed their revolt and with it the word ”democracy.” 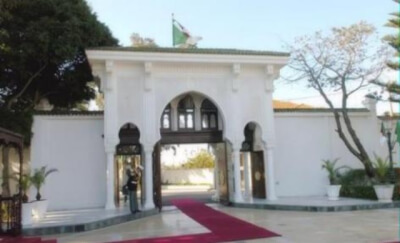 This brings us to the current political impasse, which some are calling a crisis, yet the Military seem to know what they are doing, and how to accompany the political transition of the next Presidential election on one hand, and the desperate Hirakists who got confused between euphoria and houria (freedom) on the other — accusing the country’s strongman General Ahmed Gaïd Salah or as [they] prefer to call him with a some what familiar tone “AGS” for aborting [their] revolution. Forgetting that without the GPS of AGS ex-President Bouteflika is still lodging in Zéralda-sur-Mazafran medical residence mansion, and his brother Saïd is still walking with the Algerian Republic Presidential Office seal in his pocket, as was reported to the media, not to mention General Toufik.

“All politics is local,” former U.S. House Speaker Tip O’Neill said, yet in Arab countries all politics is considered global because neither Washington and Paris nor Moscow and Beijing are ready to learn from their cumulative mistakes. These days, the phone lines are very busy between the Presidential Palace, Military HQ, and the Foreign Affairs Ministry via their chancelleries in the country. Nonetheless the average Amin and Amina in Algeria do not care about super powers’ geo-economic interests, national security, or ideology as they care about political stability and hopefully economic prosperity.

The Military are acting like a republican institution that many French politicians and elite praised a great deal in the past! And a large majority of Algerians stand in an “idyllic” relation with the Military, and this time the Algerian Military are not under direct pressure from Paris like they used to be, therefore the Military are handling the tempest well because they are the only State’s institution that can control its destination and destiny.

Undoubtedly, they should allow a democratic process to go ahead, allowing citizens the chance to go window-shopping politically, because so far, the “swiss cheese” political parties are in total disarray, hit by the Military collateral damage of April 2nd thunder. The Military appear as a rampart facing the two mortifying ideologies in Algeria’s post-Bouteflika era: Jellabas blanches (long white Islamic dress), militant Jihadists (al-Madakhila) on one hand.

Many Algerian national security and Intelligence analysts are worried about these elements because of their heavy presence and activities in the neighboring country, Libya — these groups are the Intelligence Service’ wild card, used by the counter-revolution actors such as local and foreign Intelligence services to destabilize their sworn enemies. In the Algerian case, the new Military team inside the regime are watching on the other the fanatic Berberist separatists, commonly known among the Algerians as les Zouaves in reference to infantry regiments of the French Army serving between 1830 and 1962 and linked to French North Africa.

These peaceful marches, however, now numbering 24 Fridays, have become a political symbol, demonstrating the people’s frustrations and misery. It is as though this new generation is saying: enough with the chaos, where in the absence of social justice, political structure, and above all culture integration they have become lost and demotivated.

The Military are the guardians of the modern republic values and should deal with the Mosaic Revolt patiently; they are observing every “scorpion” walking on a dark night in the Sahara sands, hearing every “fish” breathe in the Mediterranean sea, and following every “wolf” in the Aurès mountains, like General Gaïd Ahmed Salah put it in his July 30th speech, “we are watching everything…” he said. And let the next Presidential election that the Military are insisting on be held quickly on its constitutional scheduler and used as a plebiscite on performance and political verdicts of the failed policies of the sitting rulers locally and nationally, not used as tools of oppression.

It won’t be a “tsunami” in Algeria because riots and peaceful marches come and go; indeed, Algerians excelled with the help of the Military in scaring and unplugging the Bouteflika clan and their oligarchs. But in the long run the struggle continues, as Frantz Fanon put it in The Wretched of the Earth, that one finds resonance with the misery in Algeria, where the “have-nots,” or al-mahroumeen, are showing their exasperation and despair at the State and its symbols, while the “haves,” their patrons, are sinking into the sand, trembling from the tempest; the radicals though in the Hirak, are calling for civilian disobedience campaign.

Selmia does not rhyme with Selma, and General Gaïd Salah is not Sherif James Clark; the radical marchers are not seeing clearly, you do not have to worry, it‘s going to be all right.