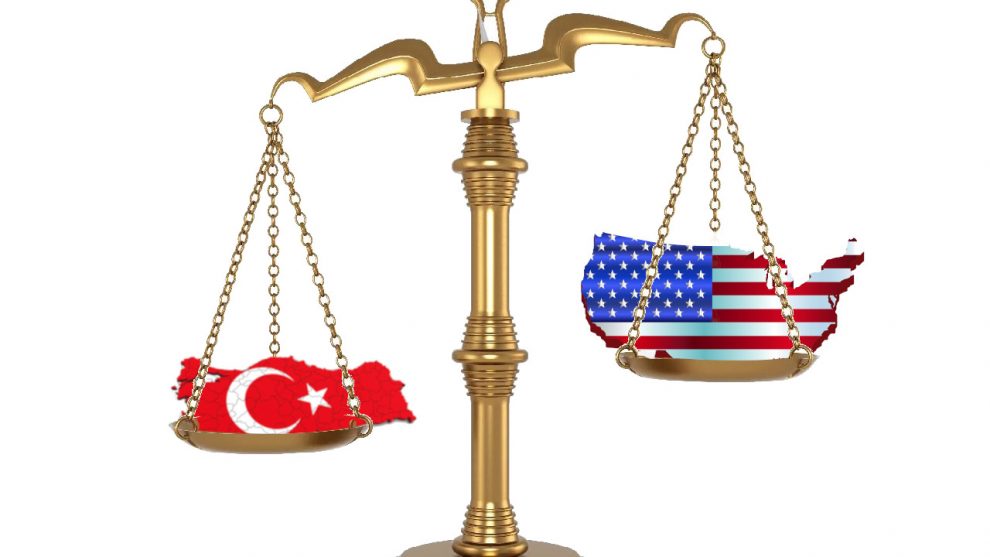 I am totally with Jonah Goldberg of the National Review Online (NRO) when he says, “It’s never fun to watch someone drink your milkshake.” The good-old American Liberals and new conservatives – whom the creator of the movement calls “liberal interventionists”– have been happily considering the constitutional system in Turkey a “parliamentary democracy” with a very weak democratic component, and President Erdoğan a dictator. You see, it is too easy to call the leader of the majority party a dictator when then parliament rubber-stamps everything sent by the Cabinet. This name-calling needs further clarification: if that person is too much an Islamist to your taste you may call him dictator; but if he belongs to your beloved Greek or German ancestry you call him the “new strong leader of his country.”

Now Erdoğan has acquired the presidency – “presidency as in the “presidency of the United States.” Having taken the milkshake off of the Western media’s hands, Erdoğan achieved two things:

One: Now the Wall Street Journal, Washington Post and New York Times correspondent-cum-editorial writers seem utterly perplexed: how can you call a president who has less authority than, say, Trump a dictator? Two: If Erdoğan is a dictator, then what is The Donald?Before explaining the details of this new Turkish system for these ladies and gentlemen of the press, a cautionary note to the managing editors of the above-mentioned rugs: I have a hunch that your correspondents in Turkey are cheating your organization by dispatching what each other reported that day. Simple theory of coincidence cannot explain it.

Let’s get back to the milkshake issue. Jonah Goldberg who apparently studied the relationship between fun and losing one’s milkshake holds a position at the American Enterprise Institute and is a senior editor of the National Review. His most recent study was on the suicide of the West and his book with that title is now on sale.

In his NRO article he warns us about the loss of milkshakes, but he also reminds us that the U.S. Senate is half of the sovereign co-equal branch of government, with the authority to run things as it sees fit. Well, people, before you complete your collective task of committing suicide, get this: The person you liberally call a dictator drafted a constitution which turns that rubber-stamp assembly of the parliamentary system into a sovereign co-equal branch of government in Turkey, too.For years U.S. political scientists complained that the party system in America and elsewhere was getting stronger and bipartisanship or issue-based coalitions across the aisle were about to disappear, turning the U.S. presidential system into a defunct European parliament. The founding fathers had clearly warned the people of the colonies that if you merge the executive and legislative powers in a political party’s election victory than you would end up in a tyranny of the majority. James Madison referred to it as “the violence of majority faction” in The Federalist Papers. John Adams used it as “tyranny of the parliament.” They would know because they suffered it; we know it because we have been helplessly watching it in action since 1923.

Now for the first first time in its modern history, the Turkish people are going to have a system that is based truly on checks and balances. The ruling party of the last 16 years, the Justice and Development Party (AK Party) of Erdoğan, does not have a simple majority in the Assembly. President Erdoğan needs no support from the Assembly in forming the Cabinet since we now have a presidential system. We elected a president and he will have his Cabinet as he sees fit. The only rule is that if he selects a member of the Assembly, he or she should resign from the Assembly to take up the role.

If a ministry needs a legislation on any issue they need to convince a member of Assembly to start the procedures. This person needs to put together a majority within his party and with members of other parties.

Sound familiar? That is because Erdoğan has gotten your milkshake.