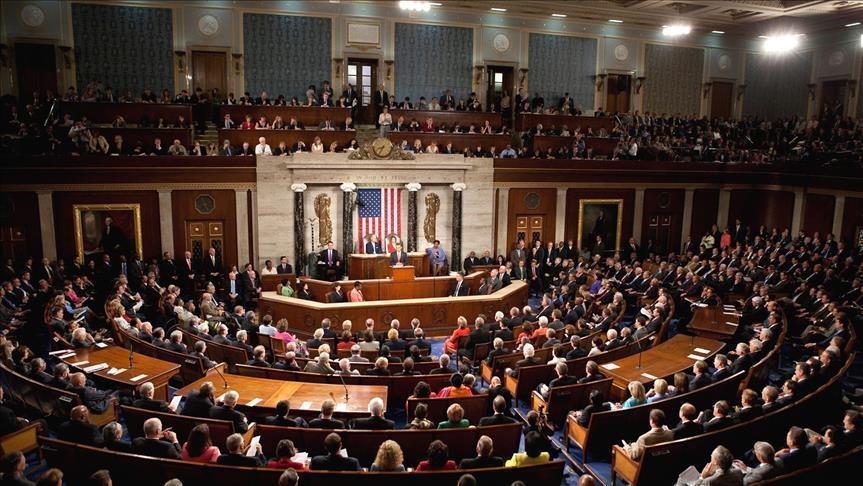 As STRATURKA Foreign Policy Platform, a Turkish NGO representing tens of Turkish intellectuals, we publish this letter for your perusal in order to clear some misunderstandings and prevent unjust treatment of Turkey in a period when US-Turkish relations are not at desired level. We have listed problems that cause tensions rising in regard to Turkey’s incursion into Syria.

First, Turkey intervened into Syria because of huge influx of refugees into its territories. Turkey hosts 3.6 million Syrian refugees who are not eager to return back to their homeland as their houses, lands and other properties have been confiscated or looted by the Assad regime or YPG. From another perspective, while Turkey is caring millions of refugees, the regime and the PKK possess their properties.

Second, the US shelters Fetullah Gulen, the leader of Fetullahist Terrorist Organization (FETO), who ordered his followers to attempt a military coup in July 15, 2016. Although the extradition agreement signed between Turkey and the United States requires him to be extradited, he still lives safely in your country. If you are looking for evidences that prove he is behind the coup, please check thousands of documents Turkey sent to American Ministry of Justice. In fact, just looking at Gulen’s speeches and his followers’ confessions will be satisfactory.

Third, when Turkey and other countries became NATO members after WWII, they relied on American military power, thereby they did not develop their indigenous weapons, presuming that the U.S. will supply (sell) them arms. However, Turkey has been under undeclared sanctions for last 10 years by the U.S. For instance, Patriots were first requested in 2008 but Obama administration refused it by claiming that the Congress wouldn’t accept the sale. We really wonder why the Congress and/or the Senate do not want to sell air defense missiles to its ally Turkey. Since Patriots are defensive weapons, they can be used only during an air attack. In other words, it is not possible to misuse them. In association with Patriots, when Turkey looked for other suppliers, American administration suddenly remembered Turkey’s NATO membership, which it forgot during Turkey’s Patriots request, and blamed Turkey for buying S-400 missiles from Russia. Besides, Turkey is planned to be excluded from F-35 joint production program. Whereas, in terms of cause and effect relationship, Turkey bought S-400 missiles because the U.S. did not sell Patriots, so prohibiting the sale of F-35s for the procurement of S-400s is discrepant, and it will force Turkey to look for new suppliers for jets.

Fourth, another problem is the U.S. support of YPG, PKK’s Syria branch. We won’t try to prove that YPG is no different than the PKK since YPG militants, commanded by 800 PKK commanders, do not deny their affiliation. When Turkey offered the U.S. to finish ISIS together, the U.S. administration rejected it and created SDF, mostly consisting YPG members (see how YPG was re-branded as SDF; https://twitter.com/straturka/status/1182289632656072708?s=20 ). You may want to save lives of your soldiers by wielding proxies but the group you chose already kills our soldiers. Besides, Turkish army captured YPG’s US-made weapons on deceased PKK members that were killed in Turkey territories. Note that US-YPG alliance is a total disappointment for Turkey. The U.S. owes Turkey an explanation about how it can ally with the archenemy of its NATO ally, Turkey. Wasn’t NATO alliance for protecting allies against their enemies? Weren’t Turkish troops in Afghanistan for that end, i.e. fighting alongside US forces to take the revenge from al Qaeda? So, how would you feel if your ally is supporting your enemy for its little interests, which could be achieved through many other ways? Moreover, as Turkish territories are in NATO’s operational and protection area, naturally, one can expect US forces to be deployed on Turkish borders to guard Turkey. On the contrary, your troops are (1) on the other side of the border (2) to protect Turkey’s enemy (3) against Turkey.

Fifth, Turkey is not fighting against Kurds. This is a deceptive discourse just to delegitimize Turkey’s fight against the PKK (YPG) and legitimize YPG and its self-declared autonomous region in Syria.  This fact was well explained and confirmed by KRG leader Nechirvan Barzani (https://twitter.com/abdullahawez/status/1191794641357725696?s=20). Also, at the moment of you read this message, 56 families are protesting HDP party in front of party’s building located in Diyarbakir, a predominantly Kurdish populated city. HDP is the political subsidiary of the PKK having seats in Turkish parliament. Mothers of some militants have been holding a sit-in protest for more than two months. Families are all Kurdish and they want back their children whom they claim were kidnapped by HDP and handed over to the PKK. Some mothers said they rarely contacted their children who are currently in Kobani, a town in YPG-held area. Mothers’ statement should be one of many clues proving that kidnapped children are fighting for YPG in Syria. We wish you could meet these mothers in Diyarbakir nowadays. Furthermore, there are more than one hundred Kurdish lawmakers in Turkish parliament, a high rate when compared to Kurdish population in Turkey. Therefore, claiming that Turkey is fighting Kurds is either absurd or malevolent.

Sixth, in fact, American administration could have solved this problem peacefully but it did not. Turkey has been fighting the PKK since 1984. If it had fought alongside Turkey with the terrorist organization or put pressure on them to dissolve itself, we would not be talking about the PKK now. You can still force the PKK for the disarmament but there is unfortunately no sign  about that from your side. Note that the U.S. indifference against the PKK is another disappointment for Turks who do not understand why Americans send forces to wipe out ISIS but do not send for the PKK, a designated terrorist group in the U.S. terror list. Are we wrong if we think the U.S. does not want the PKK to leave arms?

Seventh, as Turks, we are a bit surprised that the American way of thinking unconsciously or deliberately omits the ‘cause’ and just focuses on the  ‘effect’. Whereas;

-Turkey would not have bought S-400s, had the US sold Patriots.

– Turkey would not have been interested in Russian jets, had the US sold F-35s.

-Turkey would not have intervened Syria, had the US not supported YPG (PKK).

-Turkey would not have been so critical of the US, had your administration not allowed Fetullah Gulen, FETO leader, to live in Pennsylvania.

As final words, we believe that Turkey and the United States are good friends and the friendship must be perpetual. When there are problems, both sides should strive for a solution instead of exacerbating it. This letter is an attempt to contribute to the recovery of relations and a call for cooperation.  We hope that you will welcome our call and be in continuous contact for the sake of enhancing Turkish-American relations.

Will Turkey send troops to Libya?
What does NATO mean for Turkey?
Comment