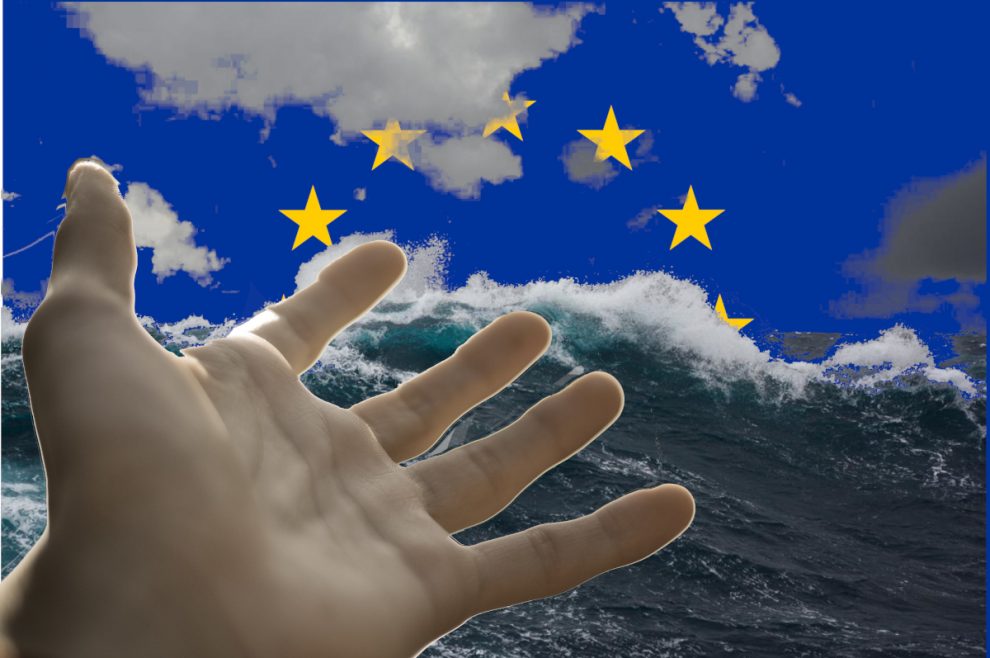 Tragic images showing coffins containing bodies of those who drowned in the Mediterranean assembled in the Tunisian coastal city of Sfax. Several hundred perished according to the International Organization for Migration (IOM) field offices, those migrants known in the local popular language as Haraga (Burners), referring  to their desperate move to arrive alive on European countries’ shores looking for a better life, fleeing al-Hogra (injustice).

Yet these deadly, repetitive moves of the Sahelian and North African migrants have become a banal story-line in the southern affluent Mediterranean countries’ press, worse, an empty electoral selling-point for the developing populist political parties.

In Italy the anti-establishment Five Star Movement (M5S) and the League comprise the country’s new populist government.  Speaking last Sunday in the Sicilian port of Catania, the new Deputy Premier and Interior Minister, Mr. Matteo Salvini said: “Enough of Sicily being the refugee camp of Europe, I will not stand by and do nothing while there are landings after landings. We need deportation centers.” 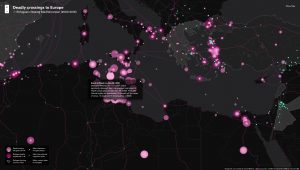 According to MSF (Doctors Without Borders), Italy is going through a legislative process of making migrants reception centers a concession more than a right. According to the Italian media, about a thousand people are forced to live in ghettos and degraded areas “with limited or no access to essential services and medical care.”

Tunisia like Libya have become the new and deadly silk road for migrants trying to make the crossing to Europe.  Each passenger on the fishing boat paid between €600 and €1,000 ($700-$1,170), an IOM spokesman told the AFP news agency. More than 32,000 people have reached Europe by sea so far this year, the IOM says, and 660 people have died attempting the crossing.

French police cleared an illegal refugee camp in Paris on Wednesday, in the French government’s latest attempt to deal with a migrant influx the country has been facing for the past three years. At the Millénaire camp northeast of Paris, riot police bound migrants as they boarded buses to temporary housing around the city. Paris Mayor Anne Hidalgo said: “some 1,000 migrants out of the 1,600 counted on-site had been evacuated.”

The evacuation was the 34th to take place since June 2015, she said. Europe has faced  migrants crisis since 2015, after years of conflict in the MENA. More than one million people from Africa and the MENA have flooded the continent.

In France, much of the migrant influx ended up in the northern port of Calais, where a giant slum was cleared by the authorities in late 2016. Most of the rest have gathered in Paris and the southeast near the French-Italian border.

Under European law, asylum seekers must remain in the first European country they enter. They often have to register with their fingerprints when they enter to the country. Lately, President Macron’s government wants to be both firm and fair on immigration, but it has taken a tougher stance, with parliament approving a bill that tightens asylum rules.

To the point where these democratic countries are incapable of dealing with the 21st century geopolitical phenomena, undoubtedly is a national security challenge for their governments, and are legislating migrants” and immigrants” laws undemocratic to the point one could qualify them dictatorial.

Voters are electing racist and anti-immigrants politicians in order to stop migrants from entering to their countries and are increasingly xenophobic with the ones who are legally sojourned and becoming citizens, making their daily life a hell through socioeconomic deprivation and harassment, portraying them as the source of the country’s malaise.

Turkey, on the other hand, whose President Erdoğan is portrayed as a dictator in the European media, leads a government that’s doing a heck of job; as George W. Bush would have complimented him: “Erdo, you’re doing a heck of job.” Turkey has become the country hosting the largest number of refugees in the world, according to U.N. General Secretary, then-High Commissioner, Mr. António Guterres, in a meeting of NGOs and INGOs in Istanbul in June, 2015.

Since April, 2011, Turkey has allowed Syrian refugees to enter the country based on the government’s “Open Door” policy. The Turkish government’s initial response was based on short-term emergency planning with the goal of providing shelter and meals for the refugees/Guests.

The changing dynamic and imperatives of the conflict required revisiting Turkey’s migrants and immigration policy, in 2014 when the parliament passed an asylum and refugee bill.

Today in Turkey, the majority of the Syrian refugees currently have temporary protection status according to Geneva 1951 Refugees Convention. Turkey practices a ‘non-refoulement’ policy and admits refugees fleeing the conflicts from Syria, Iraq and Afghanistan.

The Disaster Response Management Agency (AFAD) has been the leading agency coordinating the government’s efforts to respond to the refugee influx, although it was originally established in order to deal with natural disasters, such as earthquakes and flooding. Such an agency doesn’t exist in Italy or in France, despite all the humanitarian difficulties these countries’ governments are facing.

Why don’t the French and the Italian governments follow Turkey’s example and cooperate with Ankara? France, however is focusing on the Jihadists dossier with the Turkish authorities, and less on the humanitarian model established by Ankara towards its own national security dilemma, i.e., the Kurdish question on one front and the million refugees on the other.

The Syrian refugees in camps are under AFAD’s direct authority; it runs 25 camps in 10 cities with a total capacity of 330,000, housing approximately 272,000 refugees out of the 1,650,000 refugees that the agency has registered. The camps provide the refugees with accommodation, health, education (pre-school, school, and adult), religious, and social services. There are more than 150 different kinds of adult education programs (including training for how to become better community leaders).

Thus most of the non-camp refugees or urban refugees are already working in a variety of industries, such as textiles in Istanbul, for instance.  Syrian manpower has surpassed the Afghanis, and efforts in agriculture in the Provinces of Mardin and Şanliurfa. However, the legal framework is needed and a “must” to issue work permits to the refugees for fiscal accounting and protection. It  would also help to prevent the growth of an underground economy and exploitation of the refugee population.

Consequently, a variety of reports have urged the government of Turkey to begin thinking about long-term integration policies to avoid the pitfalls of social, economic, and security implications of hosting close to four million refugees. The government, for its part, has started to consider legislation that would facilitate successful integration. The Labor Ministry, for instance, has already announced that the Syrian refugees would be permitted to work in certain jobs.

The goal is to ensure that Syrian refugees as well as authorities are fully aware of their rights and duties to avoid misperceptions and violation of refugee rights (protection programs for women and children) from early and abuse marriage to child labor, through enrollment of the majority of school-age children to prevent social problems, including exploitation and abuse

INGOs and local ONGs are encouraging more CIPs (Community Initiative Project) in order to ease the tension between guest and host communities, through mutual respect of social comportment and tradition understanding.

Meanwhile French and Italian governments continue to regard the migrants question as one of national identity and a security issue, not purely humanitarian like the Turkish government, simply because the demon of intolerance is haunting their racist voters and politicians. Unlike the Turkish government is letting the increasing level of humanitarian expertise and financial support from UNHCR and ECHO’s appeal to identify the areas where protection and aid are needed the most and provide support in the most urgent areas, such as health, food and decent housing.

Migrants are not looking for “five-star” lodging, once accosted safely they need protection and aid in norms with these countries’ human, egalitarian and fraternal values. Weeks ago, French President Macron granted an illegal Malian migrant French citizenship and a firefighter job for his heroic act in saving a four-year-old baby falling from a four story-building in Paris’ 18ème arrondissement.

There are million of migrants who are brave just like Mamoudou asking for a piece of paper that allows them to earn a salary to live with dignity, and not deportation centers to die — migrants have been denied their dignity, a virtuous human characteristic,  because of corrupt leaders’ injustice who are pushing them to flee al-Hogra, and sadly die in Lampedusa.

With a friend like Trump, who needs an enemy?
Will Churchill turn out to be right?
Comment