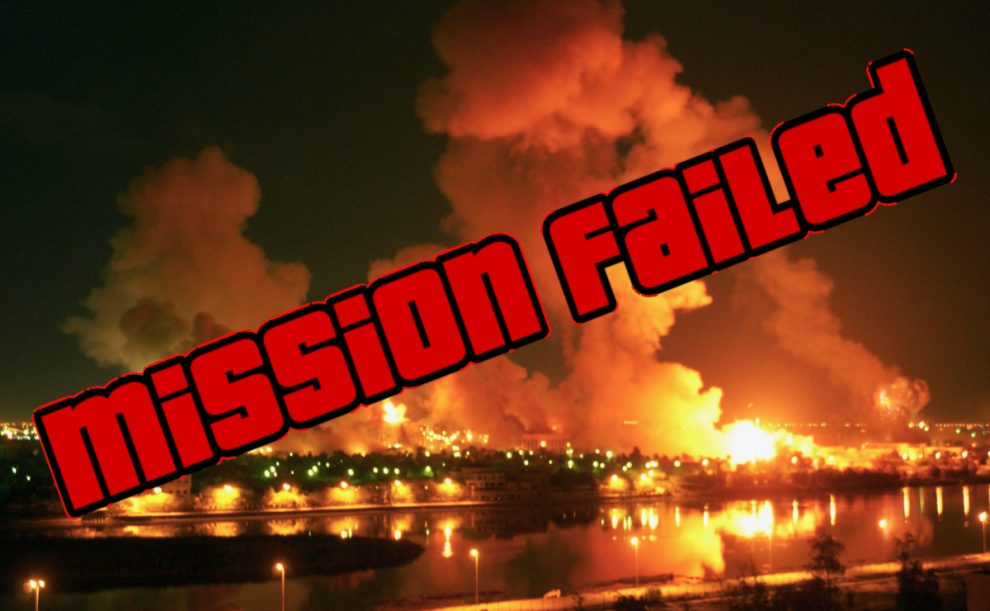 When Dick Cheney, while serving under George H. W. Bush’s administration, was asked why they did not topple Saddam Hussein during the Gulf War, he upheld quite rational arguments such as the instability it would have created in the region, the lack of an exit strategy, and the cost in terms of American casualties.

Following 9/11, however, there was a single target in the minds of Vice President Cheney and Paul Wolfowitz, who he proposed for the U.S: Department of Defense: Iraq.

Of course, the fact that Osama bin Laden did not live in Iraq and the lack of intelligence showing that al-Qaida was present in Iraq made things rather hard for them. However, we learned from the intelligence authorities of the time that Cheney, who had his own office in the Central Intelligence Agency (CIA) and the U.S. Department of Defense, was instructed to work for intelligence agencies to establish this connection.

Even though it was dubbed the “Bush Doctrine,” Dick Cheney was the main person who formed the destructive U.S. policies that shaped the world after 9/11. Cheney was so “farsighted” that he had the text written that declared the name of Daesh’s founder at the U.N. General Assembly 11 years ago. This helped them invade Iraq not once, but twice after U.S. troops withdrew.

Abu Musab al-Zarqawi, who returned to Iraq as bin Laden rejected to meet with him, and appeared as Daesh’s founder 11 years later, made a name for himself in the world for the first time when U.S. Secretary of State Colin Powell delivered a speech at the United Nations General Assembly. This is because the only evidence that the U.S. could offer about the existence of al-Qaida in Iraq would be al-Zarqawi, who went to Iraq in 2002 and settled there.

Al-Zarqawi, about whom U.S. intelligence agencies could not find a connection with al-Qaida and who did not have even several hundred militants until then, was mentioned for seven minutes and 21 times by the U.S. secretary of state in his speech before world leaders. So, it came to be known by all anti-U.S. groups and his popularity peaked.

In addition, the argument that “Saddam has weapons of mass destruction,” which the U.S. put forward as a justification for its invasion of Iraq, was mentioned for the first time by Dick Cheney at a Veterans of Foreign Wars meeting in August 2002. Bush also uttered the same arguments in his speech in his State of the Union address in January 2003. Also, Powell listed three reasons – al Zarqawi, weapons of mass destruction and Saddam’s nuclear weapons – in his February 2003 speech.

One of the most pitiful images that stuck in the minds at that time was undoubtedly U.S. President Bush’s speech on a live broadcast from the deck of aircraft carrier USS Abraham Lincoln on May 1, 2003, with a huge banner behind him saying, “Mission accomplished.”

This week, it has been 16 years since the U.S. invasion of Iraq. There are no missions successfully accomplished. There are millions of Iraqis killed and tortured, thousands of U.S. soldiers killed, a history scattered and a country that has turned into a failed state. The struggle against the sources of terror that arose from there is still continuing.

If it is a part of the mission to inflict instability into the Middle East for decades and make Iraqi energy resources available to U.S. companies, then “mission accomplished” indeed.