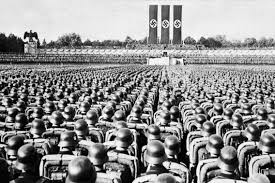 Mesut Özil, a German player with Turkish origin, made a statement about unfair racist atrocities he encountered from many of German people including politicians, coaches, club presidents, etc. As expected, while his statement caused fury among Germans, it was welcomed by international public opinion. From authors to football players, many anti-apartheid guys declared their support to Özil. We can argue that what Özil did yesterday helped well to unveil fascism/racism/Nazism/xenophobia, however you call , in souls of many Germans.

The reason of discriminative actions is Özil’s photo taken with Turkish president Erdogan a few month ago. As long as it went viral, Özil was insulted fiercely by Germans on the basis that “it was not ethical to take photo with dictator (!) Erdogan”. We don’t know from which part to start to correct such allegation. First of all, Erdogan is not a dictator as dictators are not elected by elections. Second, other people don’t have to look at politics from your point of view. Third, if it is a matter of loyalty to the country which he is a citizen of, Özil took photos with Erdogan many times in the past. What changed since then? Fourth, some German football executives took photos with Putin but German media did not criticize them. Thus, Özil is a victim of German apartheid.

Meanwhile, it is not only Mesut Özil that incurred racism. Albert Einstein had once said “Germany will claim that I am a German if my relativity theory proven to be correct but if not they will doom me to be a Jewish”.  Might Einstein have taken a photo with an Erdogan-like leader? Probably no, but he still could not escape from arian racism. Time and reasons may change but Germany’s exclusionary attitudes toward immigrants seems to be the same.

In fact, we all thought that Germany took lessons from two world wars which they instigated and perpetrated since they were always underlining cherished values like democracy, human rights, equality, etc. It is now clear that they defended such values for their internal peace. Any outsider has to accept their superior status if he/she wants to live in their society. Recent incidents should be more worrying than expected as German racism gave birth to Nazism and ignited world wars. Personally, I think that Germany can put the world into trouble again, if its chains tied after WW2 are untied.

Özil’s case must alarm the world that Nazist feelings are still alive and spreading among German people with the rise of far-right, though so-called ordinary people are no different than them. This case also proves that multi-culturalism has no meaning for White supremacists and a non-color racism, which is rooted in orientalist views, exists. In addition, it indicates that the reluctance of immigrants to integrate is due to discriminatory behaviors of hosting societies.

As for Turkish-German relations, it is another sign of Erdogan hatred. When Erdogan asked for rallying for elections for last two elections, he was not allowed. On the other hand, opposition parties were given all permissions to access voters. In other words, what is done to Özil is actually a disclosure of enmity towards Erdogan. We all should be thankful to Özil for his firm stance against injustice and uncovering German racism. His resistance will never be forgotten.

Jewish state as a black swan
Israel: Neither Jewish nor a nation-state
Comment