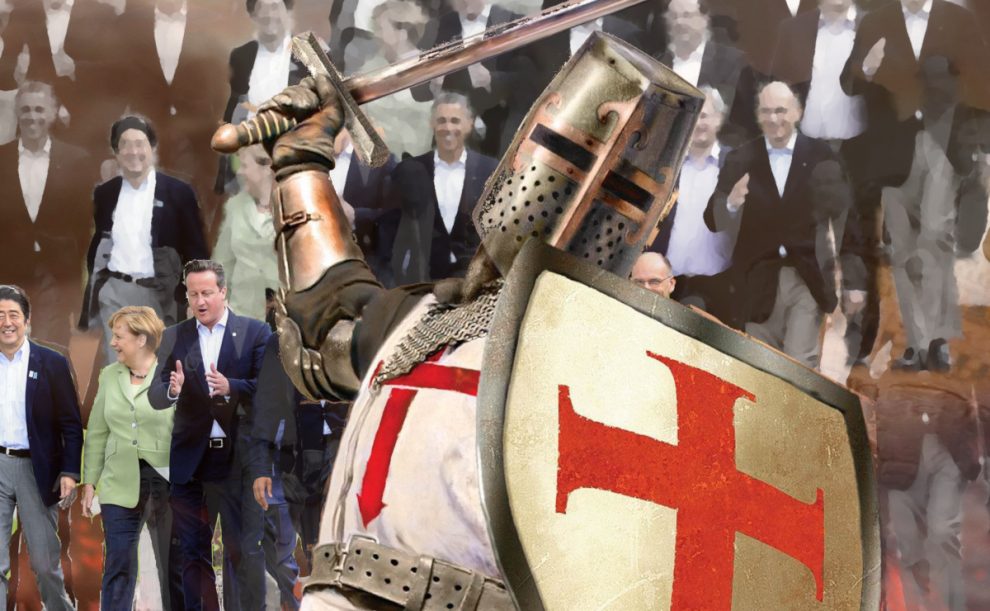 This was the title of my column for the Turkish daily, Sabah back in December and it started like this: “Right in the center of Europe, there is a Nazi movement emerging. Not only are they effective, but they are more widespread than one perceives. They are ready to take action at any moment.”

In his “manifesto,” the killer identifies himself as a Crusader and one can see in the writing that he idealizes the Crusader commanders who slaughtered Muslims.

Although New Zealand government and Prime Minister Jacinda Ardern, in particular, did an excellent job in expressing their sympathies and sadness for the Muslim community, they have so far failed to shed light on the killer’s background.

Even given the fact that the killer’s previous itinerary within the international network is sufficient to pinpoint him as a suspect, the New Zealanders for a long time used the “lone wolf” theory as their argument of defence.

However, Austrian Chancellor Sebastian Kurz made a statement that expressed what seemed to be already known, “We can now confirm that there was financial support and so a connection between the New Zealand attacker and Identitarian Movement in Austria.”

According to the statements of the prosecutors, last November, the attacker visited Austria and donated 1,500 euros ($1,688) to the anti-immigration Identitarian Movement.

In my article titled “New Crusaders,” I described the Generation Identity movement as “the most dangerous suggestion of this group is their so-called theoretical concept of the ‘Great Replacement.’ According to this view, those who migrated to Europe, regardless of how many generations they have been residing in Europe, must be returned to their land of origin. This is due to their view that Europe only belongs to white and Christian communities. There is no place for Muslims, Jews, Sikhs and members of other faiths or any other race.”

Looking at the New Zealand mass murder today, what a coincidence it is that the killer’s manifesto is titled, “Great Replacement!” Generation Identity, which was founded in France only five years ago, has organized itself on a large scale movement across Europe extending from England and Austria to Germany and being rooted in Italy.

According to the poll, eeveryoneperson out of four in France supports Marine Le Pen. The far-right UKIP’s former leader Nigel Farage even asserted that “UKIP wasn’t founded to be a party fighting a religious crusade,” and as a result resigned from his position.

Italy’s Deputy Prime Minister and the leader of Lega, Matteo Salvini called for a “mass cleansing street by street.” All of these developments are occurring at the backdrop of extreme far-right parties, which have been gaining ground since World War II and in the German Parliament Bundestag as of 2017.

The far-right is on the rise. On the political platform, we see the far-right find resonance in mainstream political parties. But, in the next 10 years, it will not be hard to predict that youth, who are trained in these camps, will coalesce into tens and thousands into organized groups and spill into the streets.

Muslims in the 21st Century are witnessing the most oppressive of times in their regions but unfortunately, it seems like this trend will only grow.