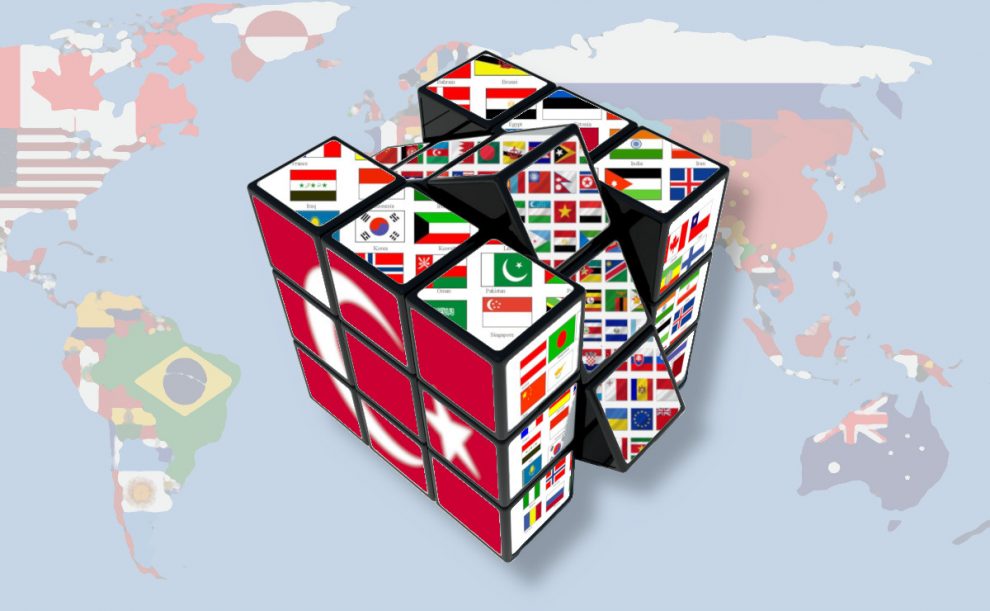 You had to see the celebration of democracy at the polling stations in Turkey on election day. Whether it is the local elections as it was yesterday or the presidential elections in June 2018, Turks turn the event into a pilgrimage. They put on their fanciest dresses and best suits and in an orderly fashion, they cast their votes. Those people, who rush to their cars and even into the toll booths (sometimes two cars squeeze into one gate!), offer their places to their neighbors waiting in line.

Unfortunately, we don’t have “I Voted” stickers. Somebody must implement the idea.

We voted yesterday and today we have a stronger government. The Erdoğan administration (I guess we can call it that rather than just “the government”) is now more powerful than ever since we switched to the presidential system.

Yes, his Justice and Development Party (AK Party), keeping the overall share of votes, won fewer seats in the municipalities yesterday; but it is the central government that allocates funds to the mayors to implement their projects.

As in İzmir, which is under the main opposition Republican People’s Party (CHP), has been under the CHP’s control for as long as the AK Party has been in power. The mayors representing the opposition parties never felt a shortcoming in their performance. Even when a municipality drags its feet in certain public services, the central government can push them into action by providing the necessary funds to do it. But the more powerful position of Erdoğan has nothing to do with the election results.

The Erdoğan administration is stronger today because of the political education of the Turkish public. During the election campaign, the president himself took to the political arena. He addressed rallies in almost all province centers and in many big and small towns; millions listened to him. He talked about the accomplishments of his party, of his governments and now of his administration, but his addresses were, in fact, tutoring in the international and regional relationships of the country. He talked about the issues in Syria and in Palestine. He strongly mentioned the fight against Daesh and the PKK. He responded to the rising hate crimes against Muslims and Islam. He advised tolerance on a popular level and promised a steadfast struggle with it in international institutes. He repeated his government policies to eradicate the remnants of the official denial policies of the early Republic toward Kurds and other minorities; rather he asked the audience to pledge for unity as one nation, under one flag, and as an undivided country.

One can safely say that Erdoğan single-handedly turned the country into a big classroom where we heard the determination of a president on major national and regional issues.

Take Syria for instance: Our major ally, the U.S., has promised to withdraw its forces from Syria and its support to the People’s Protection Units (YPG) – the extension of the PKK terrorist group there. Those terrorists the U.S. has trained and equipped with millions of dollars worth of military hardware and armaments are known to be transferring their U.S. arms to their comrades in Turkey and Iraq.

U.S. politicians and civil servants, including President Donald Trump, accept the fact that the YPG is, in reality, part of the PKK, which the U.S. and EU list as a terrorist organization, and the U.S. should get rid of them as soon as possible. Moreover, a small group of people within the state and defense departments and the Israeli government held the whole U.S. nation hostage to the idea of using them to provide security to the Jewish people.

In a short time, empowered with the celebration of democracy once again, Turkey will solve the PKK terrorism issue on its borders in Syria and that small group will be denied the argument of remapping Syria for the security of the Jewish people.

Syria belongs to Syrians in its entirety; neither the PKK terrorists, the Israeli army nor the Iranian militia have to be there.

If these elections on local politics in Turkey have one thing to do with national and international politics, it is the renewed determination of Turkey to maintain its own integrity as well as that of Syria.