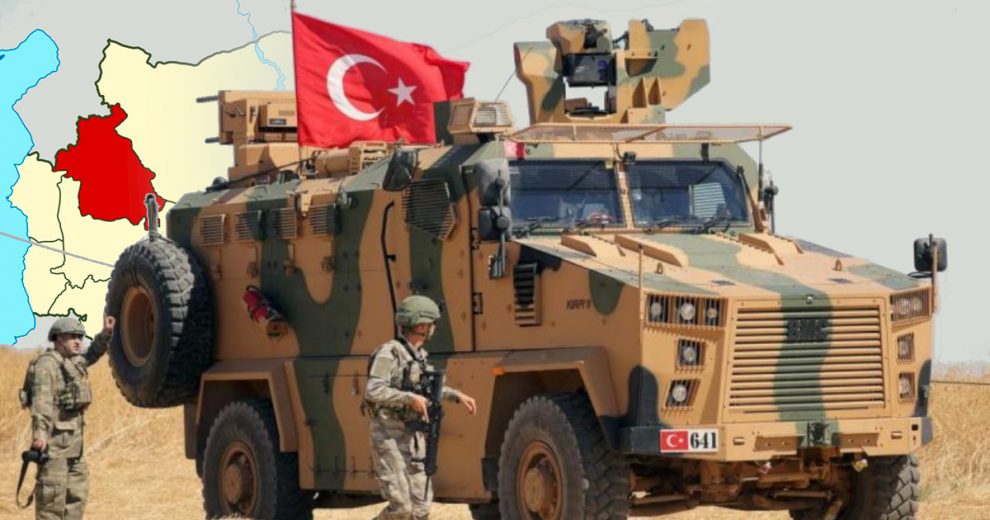 Whether deliberate or not, the West and Russia miscalculate Turkey’s concerns in northern Syria and beyond

U.S. and European Union leaders are trying to outdo each other in describing the Russian-Syrian murder of Turkish troops in Idlib. U.S. Secretary of State Mike Pompeo described it as “brazen and despicable.” NATO Secretary-General Jens Stoltenberg went with a more classical description: “Murder of soldiers of our great ally…” while U.N. Secretary-General Antonio Guterres described the deaths as one of the most alarming incidents in the Syrian war. Russia’s U.N. Ambassador Vassily Nebenzia didn’t even mention what happened there: He simply wants Turkey out of Syria, forgetting that it was the agreement in Sochi between the presidents of Turkey, Russia and Iran that makes possible the presence of Turkish troops in Idlib.

The five European countries urged Turkey to “cease the unilateral military action” as a response to the killing of 33 soldiers. The strangest player in the Syrian conflict is perhaps the U.S. The U.S. envoy to the U.N., Kelly Craft, told reporters that the U.S. had warned Turkey about consequences as Ankara’s troops continued their assault on “Kurdish-controlled” areas in Syria on Thursday. She was clever enough to squeeze into her brief explanation that Turkey should have known better when it decided to buy Russian air defense systems. Mark Lowen, BBC Rome correspondent, also thinks that Turkey “cozied up to Moscow” by buying Russian missiles. They insinuate that now Turkey is requesting the West’s solidarity when hit by the Russians and their ally Assad.

Neither the diplomat nor the self-appointed international affairs guru seems to pay attention to the facts surrounding the conditions when Turkey had to bring Russia and Iran into the Syria problem. Almost overnight, Turkey had to accept 4 million refugees from Syria. It was not only a human misery, but it had a disastrous potential to change the composition of the population in the country. The delicate political and sectarian balance in the region, as well as the territorial integrity of many countries, depended on the situation in Syria. Assad was not listening to Turkey since day one of his sectarian cleansing campaign. The only possible avenue that could reach him would be through his political ally Russia and religious confederate Iran. While two-fifths of the country was under the occupation of the PKK and its derivatives as the U.S. proxies, Iranian mullahs and Assad (with the help of the Russian air force) came after the remaining 4 million Sunnis squeezed in Idlib. As Turkey has been warning since the Sochi agreement about Idlib, the terrorist factions among the anti-regime elements in Idlib should have been dealt with tactfully for they have their families with them. Russia has promised to help disarm those anti-regime elements as soon as a democratic structure was in place in Syria which would make maintaining armed resistance against the government inappropriate and irrelevant before the elections.

But the Russian motives to upset the U.S. and EU plans on Syria matched the Iranian/Syrian plans to cleanse the country ethnically and religiously.

If the EU and the U.S. had seen the sinister plans of Assad nine years ago and shared Turkey’s burden of the Syrian refugees, Turkey would not be compelled to seek support from Russia or Iran.

The bitter taste of supporting 4 million people from the neighboring country should have been shared with the Europeans a long time ago. Unfortunately, Turkey’s gallantry and its unfounded trust in the Europeans’ promise to help Turkey take care of refugees aggravated the issue.

With or without the help of the EU and the U.S., Turkey will not back off from its commitment to Idlib. At this point, Russia miscalculated Turkey’s reaction. The point is that the Russians did not understand how Turkey weighed the balance between the human cost of defending the last bastion of Syrian Sunnis and the long-term impact of the ethnic and religious cleansing Assad and Iranian mullahs had committed in Syria.

The truth about the Ottoman Caliphate!
Whatever It Takes: Idlib
Comment