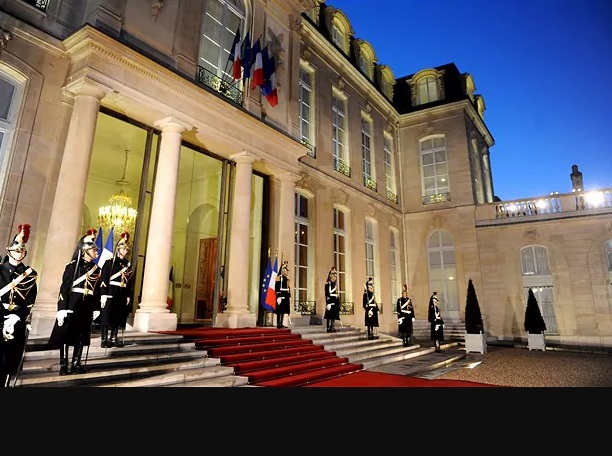 Ankara’s Operation “Olive Branch” in Afrin indicates a new orientation to reinstate Paris’ position in the Syrian civil war by trying to be a major player in the process of Syrian peace talks negotiations.

Turkey’s current military foray Operation “Olive Branch” in Afrin, a northwestern Kurdish enclave, is targeting the Syrian Kurdish YPG/YPJ (Kurdish People’s Protection Units), an armed militia wing of the PYD that Ankara sees as an offshoot of the PKK. A new front of dispute has opened in the seven-year-old Syrian civil war over the Syrian Kurdish enclave, which has put Turkey’s national security at risk and at odds in its relations with its NATO allies and international coalition in their fight against ISO.

Paris’ position regarding the Syrian civil war has been diplomatically incoherent. It has become a reticent argument towards Ankara, a European and NATO ally.

In France, the Turkish President is constantly bashed by the Parisian mainstream media, the left elite and politicians because of the ideology and the bold public policies President Erdoğan has been initiating and exercising in his country since 2002. The French media and elite complain about the Conservative-Islamist government led by the AKParti for its tumultuous relation with the Turkish “liberal” press.

A political image that puts Paris-Ankara relations in neutral drive reveals that, all things considered, Paris enjoys its one-on-one relation with Ankara as a solid ally in its fight on terror, Intelligence sharing and the thorny migrants and “refugees/guests” question — during President Erdoğan’s visit to Paris last month the two governments signed a commercial deal that will boost both countries’ economic growth. As President Erdoğan put it, “[he hopes] it would be lucrative for both sides.” The aviation agreement with Air-Bus would further enhance aviation cooperation, according to The Daily Sabah.

Nevertheless Ankara’s Operation “Olive Branch” in Afrin indicates a new orientation to reinstate Paris’ position in the Syrian civil war by trying to be a major player in the process of Syrian peace talks negotiations, a position until now which seems lame. Between Geneva, Sochi in Russia and Astana in Kazakhstan, Paris is lost in the translation and missing in action.

Thus France asked the U.N. Security Council to convene an urgent meeting, according to Mr. Le Drian, France’s Foreign Minister, on Twitter, noting he had already held talks with a Turkish colleague on the morning of January 21.

On Wednesday President Macron in his interview with le Figaro warned Turkey that the “Olive Branch” operation against Syrian Kurdish militias should not become an excuse to invade the country. Instead he wanted Ankara to coordinate its action with its allies.  “If it turns out that this operation takes a turn other than to fight a potential terrorist threat to the Turkish border and becomes an invasion operation, [then] this becomes a real problem for us,” President Macron told the paper.

Today Turkish Foreign Minister Mevlüt Çavuşoğlu reacted to President Macron’s statement, saying that France was in no position to lecture Turkey over its cross-border offensive, referring to past French military interventions in Algeria and other parts of Africa, calling it “an insult.”

In September, 2013, Macron’s predecessor, François Hollande, called upon Bachar to step down in the hopes of launching a military intervention with the U.S. after the Assad regime’s use of chemical weapons on civilians near Damascus. But President Macron made a U-turn with his predecessor’s Syrian policy. “The removal of Bachar is not an option, the main enemy is ISO,” he told France 2 network.

But the appearance of ISO in the summer of 2014 changed the conflict’s dynamic and the West’s national security and interest imperatives. In July, 2014, ISO took the Iraqi city of Mosul and began making noises in Syria in Der a-Zzor and a-Reqqa. Then in September, ISO took the Kurdish city of Kobani/Aïn al-Arab, about 12 miles from the Turkish city of Suruç.

Meanwhile Turkey was in an electoral hot season, first a Presidential election, then later in spring, 2015, the Parliamentarian election. The legalist Kurdish party HDP made a historical win and reached the high bar of 10%, hence HDP was able to form a parliamentarian group in the Turkish Parliament, while the AKP was struggling to form a national government, which led to an early election in fall, 2015.

Kurdish politicians and militants in Turkey were politically jubilant, the French and American media were looking at the party’s Co-Chairman, Mr. Demirtaş, as Turkey’s Obama. At the same time, the military leaders of the PKK in the Qandil mountains, the Iraqi Kurds’ armed branch (Peshmerga), and the YPG/YPJ (the armed branch of the PYD in Syria) were dancing the Debka (Kurdish pop culture dance) celebrating their military victory over ISO elements in Kobani/Aïn al-Arab in January, 2015, and later in Tel-Abydh.

At that point the time had come for Ankara to stop the Kurdish euphoria in the Euphrates river. But France, like the U.S., looked at Ankara-PKK tensions as a domestic matter, and to the Syrian Kurdish as another wild card to further destabilize Ankara with its troubles with FETÖ (the Gülen Movement) post the failed coup in July, 2016, even though Paris and Washington called the leftist Turkish Kurdish guerrilla force a terrorist organization.

This “double” speech of Paris drives Ankara nuts stirring distrust in its natural allies in NATO and the international coalition fighting ISO.

According to the Syrian Kurdish elite I met with in Urfa (Turkey), when the Syrians rose up against al-Assad regime’s tyranny in 2011, the Kurds, like other ethnic and sectarian groups, demanded justice and democratic values in Syria. Later, in 2014, after the military and security vacuum of the civil war, the Kurds established the three self-governing regions of Western Kurdistan (Rojava), the cantons Çizre (Jeezra), Turkey, Kobani/Aïn al-Arab and Afrin as an extension of Kurdish Regional Government in Iraq to the Mediterranean.

“At first, Kurds did not want to be part of the Syrian civil war, they were against al-Assad regime and Islamic-armed groups alike,” as Mohammed, a Syrian Kurdish lawyer put it.

The Kobani story line got as good as it gets in the French media, but to the Turks and the Syrian Kurd and Arab “refugees/guests” in Turkey, just another line of myth in history line.

The official French relationship with the Kurds in Turkey and Iraq goes back to the 80’s under President François Mitterrand. Subsequently the French First-Lady Madame Mitterrand supported the Iraqi Kurds and in 1991-92 created an Association under her name which was a sort of Kurdish lobby in Paris, pressing for Kurdish rights in Iraq and Turkey.  She played an active role for the so-called State Inference Right in sovereign states territory led by Bernard Kouchner, then Humanitarian Action and Health Minister, (co-founder of the French NGOs Médecins Sans Frontières and Médecins du Monde) to protect minorities in the Middle East.

Ever since then the Kurds feel that “special” treatment from the French media, left elite and politicians, while the official position toward the Kurds is opaque. President Macron did not support the Iraqi Kurdish Independence referendum from the Iraqi Federal State, it considers the PKK a terrorist group. As for the PYD and its militia YPG/YPJ, the Kurdish story from Paris looks like a war-time romance about men of bravery and women of courage.

But what is missing? The Kurds are not a homogenous group as it sounds in the French media. There are extremist, nationalist, and racist factions like any other ethnic group in MENA. The Kurds in France are no different than the Berbers when it comes to being used as a political distraction against their homeland national cohesion. So, let the olive branches spread wide and welcome the doves to land.