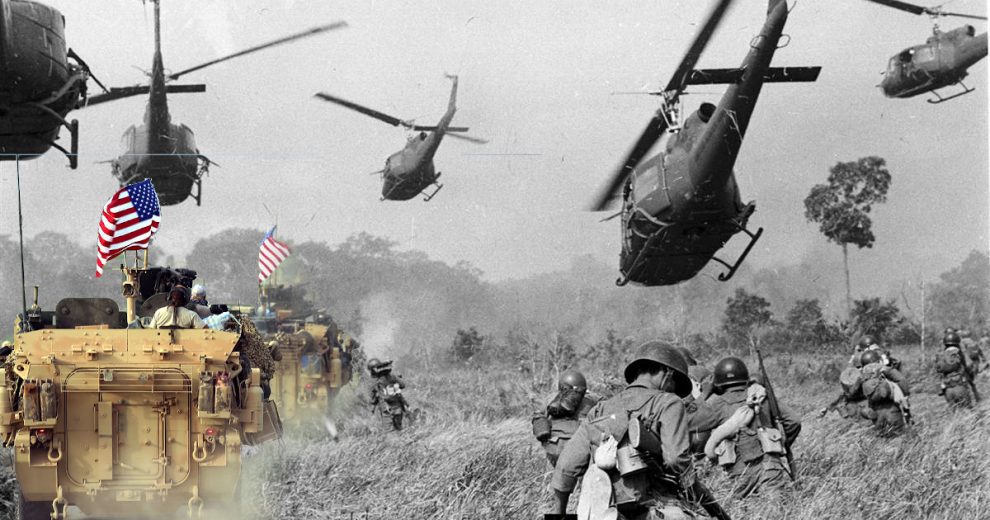 The commander of the convoy carrying U.S. soldiers from the northern Syrian terror corridor to Raqqa gets a call on his radio ordering him to steer east to Iraq. A little later another radio call interrupts the journey. “Come back,” James Jeffrey calls the soldier, “We need you here in Raqqa to safeguard the Syrian oil fields.” They don’t produce much oil, but President Donald Trump needs a strong excuse for a reversal on his decision to “leave Syria totally and permanently.”

The grown-ups at the Republican National Committee shouldn’t have let him talk with President Recep Tayyip Erdoğan for that long on the phone. Whenever President Erdoğan finds the opportunity, he successfully convinces Trump to leave Syria. It has already happened twice in the last 10 months. It is undeniably in the best national interest of the U.S. to get out of Syria; yet in the last six years the U.S. committed mistake after mistake in Syria: The U.S. should have partnered with Turkey against Daesh; it should have trusted the Syrian opposition to topple the Baath regime and Bashar Assad; it should have participated in the Astana and Sochi processes.

No! First the leftovers of the Bush necons at the Pentagon and the State Department, later those wearing ignominious MAGA hats (the names of Steve Bannon and John Bolton spring to mind) made him partner with the PKK derivatives, presenting them as “The Syrian Kurds.” The issue was not the future of Syria or the fate of 6 million Syrians in exile for them; the point was a false perception about Israel’s security. They wanted to create a Kurdish entity, no matter if it was run by terrorists from Turkey, as a buffer with Iran and Turkey.

However, this time, those grown-ups had been caught off guard and the U.S. troops had already left the corridor; Turkish troops from the north and the Russians from the south secured the border area. The U.S. forces maintained their positions around the Syrian oil fields. They presented this reversal of the full pullout from Syria as an effort “to keep the Bashar Assad and Iranian forces away from Syria’s oil fields.” The magical words “oil” and “Iran” would have kept enough Republican senators from switching sides in the forthcoming impeachment trial. An airfield and a garrison at the heart of Syria would keep the hopes of a so-called “Kurdish” autonomous region alive enough to be on the agenda at the Syrian Constitutional Committee in Geneva.

The committee may in fact write a constitution modeled after the U.S. or Russian constitutions, envisaging a weak or strong federation. Syria may have autonomous regions while retaining a strong central government to assure the country’s territorial integrity. There is nothing wrong with those models as long as it does not contain similar time bombs placed in neighboring Iraq’s constitution.

The Syrian Kurds will be the ones benefiting most from a modern constitution that would provide basic human rights that Bashar Assad, his father Hafez Assad and their Baath dictatorship have been denying since 1962. The Kurds had not had Syrian citizenship for half a century; its result and reaction had been the PKK terrorists’ somewhat easy ingress into the country. A separatist, confederalist political party, the Democratic Union Party (PYD), created by and manned with PKK elements, had an almost free hand to build its armed terror brigades in mainly Kurdish areas.

But, once a terrorist always a terrorist, and the PYD was not a democratic establishment; they burned the Syrian land and building title registries down, changed the curriculum at the schools, moved tribal people around en masse, as one part ethnic cleansing and one part population engineering. The net result was the fleeing of more than 1 million Syrian Kurds out of country.

To find a permanent solution to the Syrian problems requires healing in Geneva – the wounds Assad, Obama and Trump opened in the country requires again President Erdoğan having a word with his counterpart in Washington alone!