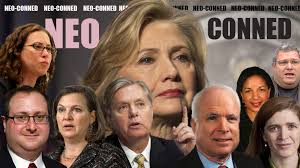 It seems that Turkey-USA relations will continue to harden at all levels and in almost every aspect in the near future, maintaining its controversial character. Apparently, the “level of representation” of the US in Turkey will be another problem besides the problem of Gülen’s extradition, the case of Reza Zarrab and the request of the former  economy minister Zafer Caglayan to be arrested, three interrelated problems.  As it is known, recently  the US Ambassador to Ankara, John Bass, was appointed to Kabul, and inter-country relations began to be conducted through Mr. Philip Kosnett, charge d’affaires in the US embassy.

Of course, the fact that the new ambassador has not been announced yet though John Bass was appointed to Kabul more than 2 months ago can’t be out of attention. It is also known that Daniel Smith, who has been sent to the White House as a nominee, has not yet been proposed to the Senate.

It becomes clearer when the results of similar examples of interstate legal representation are analyzed. If we try to explain it in a simple way, we face following picture; The United States hangs on the representation level with the country it declares as a crisis region as per its own interests first,  and then announces it illegitimate to the international public by embracing the new level which it legitimizes in all respects. This method, which has been repeatedly applied in Latin America and the Middle East, is unquestionably ending with direct interventions.

I hope this bad-hearted scenario won’t be implemented  and we get a comfortable breath.

However, when we make a chronological bavkward trip in recent history , especially when we  look at the global capital scramling that started in 2010, the facts we see are not at all innocent. The global capital rivalry, which began under the name of Arab Spring, initially sliding to tecnological companies was countered by a counter-revolution developed by NeoCons, the owner of the old status quo.

Oil and arms capital, which was not still satisfied with above mentioned revolution, declared victory over the whole world by getting Trump elected as the US President last year. The fact that someone, whom you will not even greet when you see him in the Street, is  sitting on the US presidential seat,is an open message to the whole world. The meaning of this message is that; “I am the owner of this world and I will not allow any change that I don’t approve. Everyone do their plans according to this fact. ”

As for Turkey, it was caught by NeoCon radars for two reasons:

1- The only model country that the Arab Spring would evolve was Turkey. Turkey  has a tradition of parliamentarianism which has been functioning since 1923, and moreover, it is a country in which Muslim population is the majority. The ruling AK Party had both a conservative and  a democratic  political vision. Turkey with such specifications was a great source of hope and inspiration for the Arab Spring.

No need to explain aftermath of 2013. The situation is obvious with all its nudity as everyone saw every development with their eyes. NeoCons  even made a coup d’état in July 15th of 2016 to overthrow Erdogan in Turkey, lefting nothing as a next attempt.

However, apparently, NeoCons seem to finalize their job by using  power of American state since they could not get a result with the coup. This is what I am referring to as Plan A of USA for Turkey. (I will continue this subject in my next column).

Mr. İlhami Işık is a columnist at Star, a daily newspaper based in Istanbul. He is also the author of the book, Balıkçının Teknesi (The Boat of Fisherman).