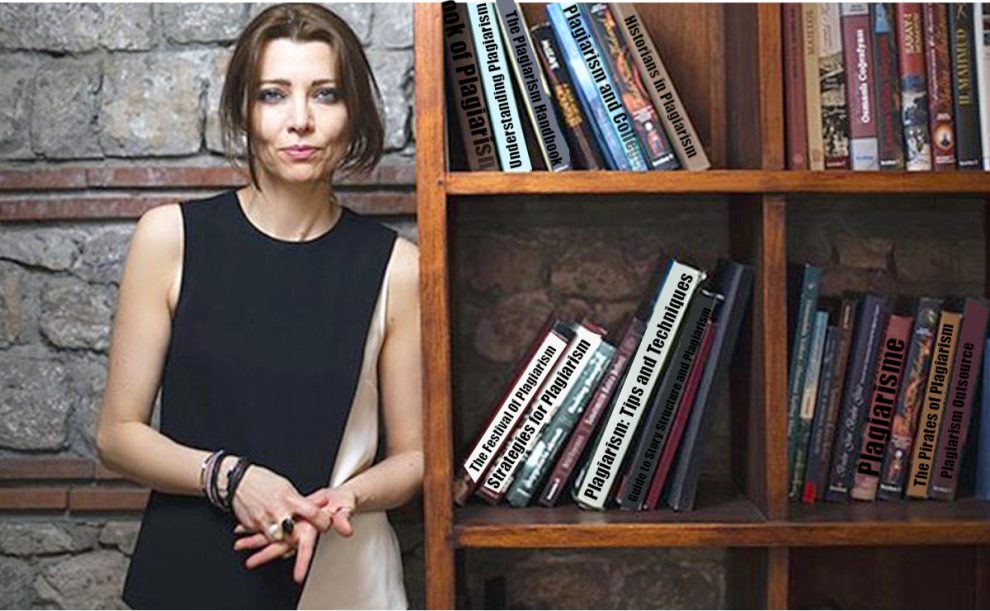 was in Turkey in May 2018, and the previous May, and the one before it, for the last 10 years. I have not observed an “outbreak of hysteria [that] targeted fiction writers who deal with difficult subjects, such as child abuse and sexual harassment.” Neither have I witnessed “in the name of protecting minors, art and literature are censored, controlled and denigrated,” in the country.

Is there is a “rising populist right” in Turkey as author Elif Şafak (her hyperforeignism made her spell her name as ‘Shafak’) claimed in her piece in the Guardian newspaper titled “For authoritarians, stifling the arts is of a piece with demonizing minorities” or is she wrong?

She writes that she has been targeted by demonizing campaigns in Turkey similar to those when the Mayor of Rio de Janeiro Marcelo Crivella criticized a comic book for children in which there were homosexual scenes like men kissing, etc. The only “demonizing” campaign (if one can call it at that) in the last 10 years where her name appeared happened twice and they were about plagiarism allegations in her books. The cover of a book she collected for her newspaper articles was allegedly pilfered from a photograph taken by artist Jose Rafael Navarro in an art installation in Spain. Those articles had appeared in a newspaper published by the Gulenist cult before their July 15, 2016 coup bid. After this bloody coup attempt was suppressed by the people, the newspaper was closed down by the court of law for the publisher’s ties to the putschists, and, like its other editors and authors, Şafak migrated to the U.K. The second public fury involving her was not a “culture war” or “incendiary rhetoric” but again a plagiarism allegation on the content of her novel. It was alleged that her most recent book, “10 Minutes 38 Seconds in This Strange World” had content similar to Kahraman Çayırlı’s novel published in 2007. Even the names of the heroes were lifted from Çayırlı, albeit some of them had a different letter order. Her publisher simply rejected the idea, and Twitter entries about the claim mysteriously disappeared.

A few literary critics and newspaper columnists opined that Elif Şafak was not careful about her portrayal of society and made child abuse look normal in Turkey, but those writing could never be depicted as “an outbreak of hysteria” targeting fiction writers who deal with issues like child abuse and sexual harassment. If a novelist cannot take criticism or harsh words on their ways of representing society, then we would have nothing like literary criticism or even literature itself. Some people found her writing that Turkish people were not that wicked as she sketched. That’s all. Her book can be found in bookstores owned by the publisher of the newspaper you are reading right now.

But she, in her cunning ways (as in the novel), jumps from one incident or two to a very general conclusion about the Justice and Development Party (AK Party) government. She claims that the Rio mayor was a former cleric and he wrongfully attacked those comic books, the AK Party government must be composed of bigots because she was pilloried, too. Proof? President Recep Tayyip Erdoğan allows local imams to perform and register marriages.

Hence, one finds himself pondering about the relationship between imams conducting marriage ceremonies and the claim that unrecorded marriages and forced marriages of underage girls would go up? Still, the same government marriage registrars are issuing a license of the marrying couples if they are eligible or not; and like all marriage requests before, any marriage act requested from an imam has to be posted on the wall of the registrar’s office.

I and my betrothed were offered by the justice of peace of Cambridge, Massachusetts if we would like to have an imam conduct our nuptial oaths, 39 years ago. Surprised, we said yes and he fetched his staff imam the next day. Since we had no records in the U.S., we had to offer another oath that we were not married elsewhere. The U.S. was a secular country then, and it still is. Just like Turkey, all official transactions of businesses are secular, and Turkey is a secular country. An imam conducting your marriage ceremony is not making Turkey a country of religious bigots who are making underage girls marry old men and abusing the rights of children to be protected from sexual harassment.

Quite the contrary; since the AK Party took power, children rights have been actively protected by the creation of a special ministry. The Ministry of Family, Children and Social Services is very unique in the European Union and in Middle Eastern countries. The budget of its Children’s Services Department has increased as much as military expenditure and now it has the fourth-largest portfolio in the government.

Ms. Şafak lists Hungary and Russia as examples of extreme-right political parties that are banning LGBT-related affairs, marches and demonstrations. She counts Turkey among them simply because a small municipality did not issue a permit for a book fair that may have had LGBT-related books. Such an exhibition would not get permission in half of the municipalities in the United States, her new residence.

Ms. Şafak should busy herself about the character’s origins in her book instead of trying to prove that Turkey is an authoritarian country. Her book has more “intertextuality” with Çayırlı’s novel than Turkey has with Alabama or Hungary.

CHP calls for reconciliation with Assad
What exactly is the UN good for?
Comment