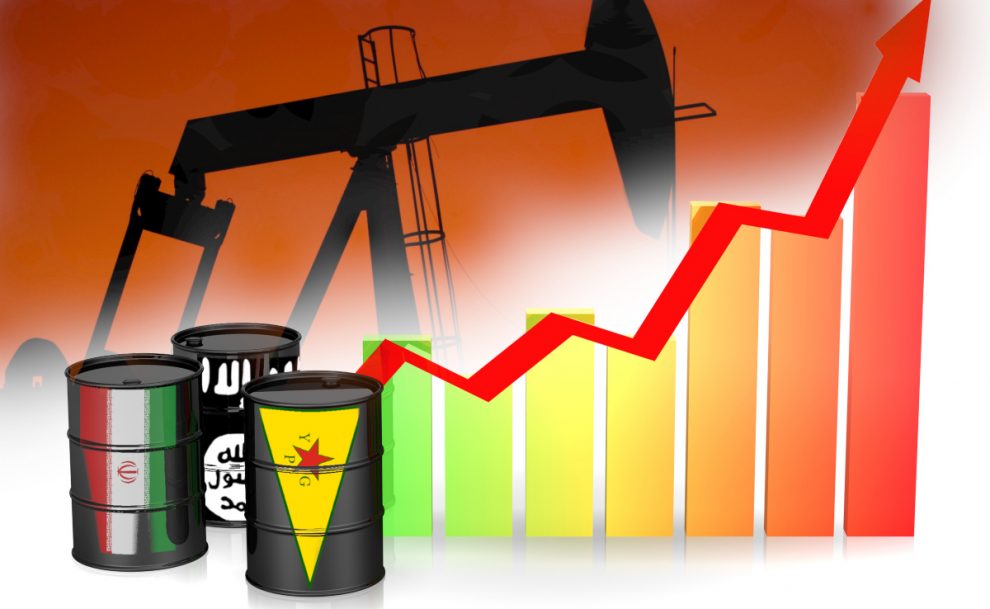 On Wednesday, during a press conference following a meeting with cabinet members, U.S. President Donald Trump gave one of his most reasonable speeches since he came to power. What he pointed out was right but couldn’t find sufficient cover in American media.

According to the U.S. president, although his predecessor Barack Obama described the use of chemical weapons as his red line in Syria, he did nothing to stop Bashar Assad from using chemicals against civilians. This is why “Syria was lost long ago,” Trump said. Furthering his objection against the Obama administration’s steps and moves in Syria, Trump said the mess in Syria is Obama’s legacy to himself.

Trump argues that the actual change in the fate of Syria began during Obama’s presidency in 2013, when Obama choose to agree with Moscow, allowing Assad to carry out inhumane operations freely in the country. By doing so, Obama didn’t keep his promises in Syria, Trump said. In addition, the key points of the Syrian regime that were targeted by U.S. airstrikes were hit with his order, not Obama’s, Trump added.

The second significant point in Trump’s statements was the People’s Protection Units (YPG), a bloody group linked with the PKK terrorist organization, selling fuel oil to the Iranian government. Plus, the YPG not only traded oil with Tehran and the Syrian regime, but also with Daesh, as well. To give an example, in February 2016, the Financial Times released an article titled “Inside Isis Inc: The Journey of a Barrel of Oil,” reporting that: “Though many believe that ISIS [Daesh] relies on exports for its oil revenue, it profits from its captive markets closer to home in the rebel-held territories of northern Syria, eastern territories held by the Syrian Kurdish militia and in its own self-proclaimed ‘caliphate’ straddling the border between Syria and Iraq.”

The fact that the YPG is a powerless nonstate group without the U.S. train-and-equip program and therefore was unsuccessful against Daesh was once again voiced by Trump on Wednesday. Trump was more than right with that argument since the YPG had no influence or power on the ground until the U.S. started backing them in the Ayn al-Arab region of Syria in 2014.

Trump, however, missed the point that the YPG raising its flags in the areas damaged by U.S. airstrikes was a failed military strategy of the United States. Shortly after, the horrible consequences of this U.S. policy were deeply felt in Raqqa, where numerous civilians were killed or wounded. The unfortunate inhumane memories are still fresh. While it was expected that local people would be relieved by the elimination of Daesh, they came under attack by another bloodthirsty group, the YPG, and lost their hope for a brighter Syria. The fate of Raqqa is still ambiguous, remaining as one of the deeply rooted problems in the country. The same situation is valid for Aleppo as well, a Syrian city destroyed by the close cooperation between Russia and Assad.

In addition to Trump’s words, another fact about the YPG is that the terrorist group, since the beginning, maintains its correspondence with the Assad regime in Syria. For example, the YPG gaining its first hegemony in northern Syria was thanks to the de facto support of the Assad regime. The Assad forces, who wanted to focus on clashes with the opposition groups in other areas of Syria, reached an agreement with YPG members and left some regions in northern Syria to them. For instance, the officers in the governmental institutions in Qamishli did their job for a long time and were paid by the Syrian regime. The statue of Hafez Assad, the father of Bashar Assad, in the center of Qasmihli, was also secured. Therefore, it is quite normal that Assad forces immediately took control of Qamishli and Haseke after the withdrawal.

The PKK-affiliated YPG has never been a part of the “Syrian revolution.” It is not true that the YPG – which is supported by the U.S., an external actor hoping not to see Assad in the future Syria – has just started to cooperate with Assad. In other words, the YPG’s one side has always been in close correlation with the regime. However, after the U.S. announced its withdrawal, meaning the end of its support of the YPG, the terrorist group had to show its true face and continued cooperating with Assad. Therefore, despite claims from some analysts, the partnership between the YPG and Assad is not new following the U.S.’ decision to withdraw. This is because the warm ties between the YPG and Assad are deeply rooted. To prove that, remember Iranian-linked militias and Hezbollah’s proxy groups were in Afrin to help the YPG during Turkey’s counterterror offensive, namely Operation Olive Branch.