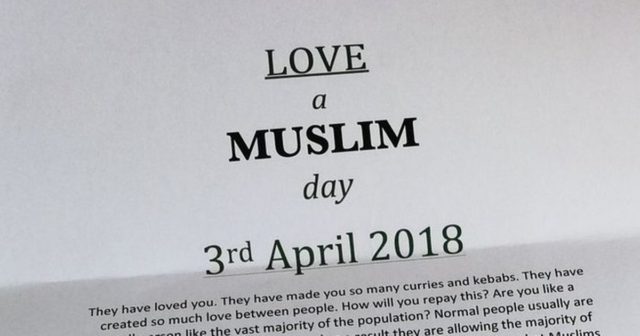 Love will win the A4 leaflet Battle!

The UK police are on alert 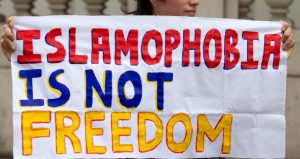 Will the dynasty of John Locke prefer to be the black sheep of the humanity, mentioned by him as the slave of “pleasure and pain” and “the absolute master of property”?

Will the students of Francis Bacon destroy their own society as “opportunity creators”, keeping what they already have?

Considering themselves as the owner of civilization, are Brits ready to face their embarrassment?

The dirty blond-haired British boy learns how to hate before how to thank! You know why? The body language means a lot more than the words! The hate crime has boomed already in England. It is not only an idea. This hate crime is no more an ideological fact but an action.

You will be ashamed of your Diderot who devoted his life for the excitement of truth but truth itself even if he could not have achieved so. How could you attack a defenseless girl just because she is a Muslim? A hate crime got into action just because of race difference! Naming this as a “hate crime” alleviates the true meaning of crime.

Aren’t your faces flushed while publishing your embarrassing statistics?

3 April was announced as the “Punish a Muslim day”. The slightest move to celebrate this day, is to curse an innocent person just because she/he exists! Pulling her headscarf, punching her, stabbing her… The final goal is to destroy Mecca, the holy city of Muslims. The messages have been written on A4 leaflets and they are handed out all over the England. Each impudicity will earn you extra points!

Though outnumbered, some British people who are with Muslim civilians, have organized a counter-campaign: “Love a Muslim day” This counter move aims to approach the A4 leaflet battle with love. Every dignified move earns an extra point!