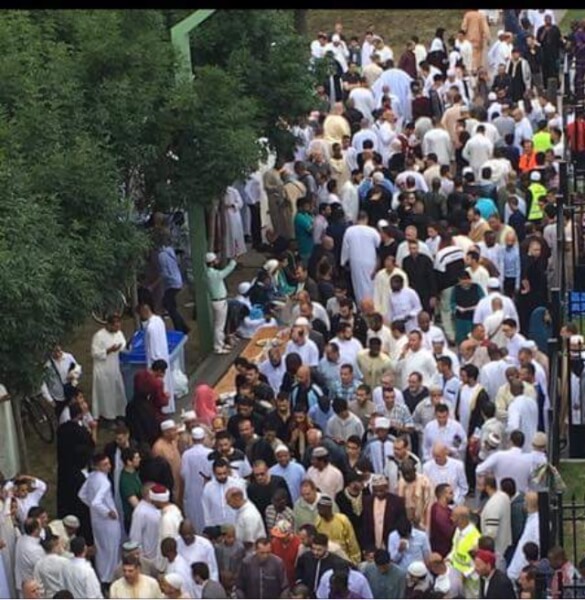 Last Friday a lone wolf struck again, this time in the small southern city of Trèbes near Carcassonne, a gorgeous city with its mediaeval citadel, La Cité. The terrorist attack was claimed by ISIS’ pack of wolves, in forests wherever they roam.

The Trèbes attack is yet another reminder for Montauban and Toulouse in the renewed chapter of serious threats posed by homegrown radicalism from young French Muslims. This menace has forced the French Domestic Intelligence to deal with a phenomenon that needs vigilant law enforcement. Further, it calls for a general review by the Muslim leaders in France to act quickly and strongly, not focus on pedagogical initiatives and stop apologizing.

On Tuesday afternoon at the French Parliament Premier Édouard Philippe appeared before the nation’s Congressmen and women to pay homage to Colonel Arnaud Beltrame, the gendarme officer who offered himself in exchange for a hostage in the Super “U” market assault, which claimed his and three other victims’ lives. The assault ended with the death of the assailant, Radhouane Lakdim, by the French GIGN. The Premier tailored his speech to the far-right and the extremists from all sides to end the narrative that President Macron’s government is not at war with Islam, but that France is in its global “war-on-terror” abroad and is fighting ISIS in their oasis.

He was reassuring the Muslim leaders and the people that France respects the freedom of speech and belief, cited in Article Ten of the Human Rights Declaration Charter in response to some vote-catching politicians to ban Salafism in France. Setting a new tone in the relations between France and Islam, the President has spoken of a new platform for “France’s Islam (Islam de France). On the other hand, a thorny question is leaving the heterogeneous Muslim community of France perplexed and more divided over this definition.

What does it mean, an Islam of France? Hakim, a community organizer in the Bagatelle neighborhood of Toulouse, remarked, “there are five million French Muslims who live and work in France, and Islam has roots in French society that go back centuries.”

There are those who are interested in the improbable figures, which can always frighten. There is an ambient fear of immigration in this stance, and one hears voices that advocate integration, but according to the pervading speech today: practicing Muslims=Salafists/Jihadists. And this shift has a meaning in terms of confusion and scare tactics from politicians and the media; it is about denial and denigration, according to a discussion with Muslim residents and French citizens in e-mails exchanged in the wake of Friday’s terrorist attack.

he radical domestic Muslim phenomena, however, represents a serious challenge for the French Intelligence Service, particularly when they knew about Mr. Lakdim’s criminal background and daily path and movements in his neighborhood. French law enforcement has utilized a “flag system’’ (fiche-S) to identify person(s) considered a threat to national security, so it’s reasonable to assume this was the means of tracking him, so that with Mr. Merah’s “vacation” in Pakistan-Afghanistan summer camps.

How does one know whether a person is a radical or not? These so-called over-night radicals are unlike those in the U.S., where recent cases show young Muslims who become truly radicalized are highly educated and derive from a middle-class family milieu, i.e., the Portland Christmas Light Tree Bomber. They live in the suburbs of quiet American cities and are better integrated, educated and wealthier than their counterparts in France, for instance.

What went wrong in France? Why did Mohammed Merah want to bring the French Republic to its knees? and why did Radhouane Lakdim accept the French gendarme officer’s offer of swap-bargain in the hostage situation in the Super “U” market assault?  The racists’ and the rejectionists’ message continues to inflame the French youth of North African/Muslims’ descent, either by stigmatizing them by name or by calculated public policies aimed at this category.

Ms. Le Pen, as soon as she heard the news, responded that “French suburban neighborhoods are controlled by Islamic fundamentalism/Salafism.” On the same wave, the LR party President Mr. Wauquiez immediately put on the “super gendarme” hat and reframed his empty immigration policy saying the President is weak on national security. “To Macron to remove his guilty naivety and finally have the courage to take the measures which are imperative to protect the French people,” he told the French media.  Both the far and the extreme right leaders want to reestablish the State of Emergency that was lifted last winter by President Macron’s government.

Muslims throughout Europe and the U.S. are still feeling unjustly stigmatized, notably since the tragedy of 9/ll. Former President George W. Bush challenged the Islamic world leaders with his rhetorical foreign policy doctrine vis-à-vis the Islamic world: “You are either with us or against US.” And today President Trump’s policies regarding the treatment of Muslims and immigration are not much different than former President Bush.

Such amateurish international comportment has damaged America’s image and prestige in MENA, and put the Muslim and Arab countries in the spotlight of the sensationalist Western media and ignorant politicians. Consequently, those countries have been living with frustration toward their leaders because of their passivity and silence. Hence the situation has increased domestic frustration and political violence that has spread extensively in the Arab and Muslim societies in the aftermath of the invasion of Afghanistan and Iraq.

This frustration is the result of the lordly attitude of the West in general and nowadays of the French extremist leaders and journalists in particular, which has added fuel to the fire for the fragile young Muslims of France. This attitude has spread to some extent to Europe as well. Provocations and reactions from fanatics on both sides of the equation, Islam-France/Europe, have been trying tirelessly to demonstrate that the two civilizations are clashing and they are in a “frontal” war. According to these “lost” Muslim fanatics in France, the West is de facto at war against Islam — Afghanistan, Iraq and Syria are the case.

On the other side, the fanatic “lost” journalists and politicians in France argue that Islam is not adapted to “democracy” or modernity; hence, French and European Muslims will never be integrated into the Western value systems. Therefore, there is no room for them. They qualify Islam simplistically as linked to terrorism and fascism; any Arab or Muslim person, whose skin is dark and has a Koranic name immediately becomes an usual suspect and virtually a potential terrorist.

This hysteria has created an anti-Muslim sentiment not only in France, but in Europe and the U.S., which has led to a xenophobic ideology, an ideology that feeds the reactionaries in the U.S. and Europe which they use to capitalize on their political aims in the general elections.

For instance, political parties like the Front National, the LR and a former Premier who made his career in the Socialist party, in sum an anti-immigration, anti-semitic and purely white Judeo-Christian identity front, are affiliating any Muslim practitioner with their equation: Islam=Fundamentalism=Brotherism=Salafism=Jihadism!

France needs pedagogical forums to educate the media, the political PR agents and religious advisers who can present these issues during discussion regarding the anti-Muslim/Arab sentiment in France and Europe.

Both the French national leaders and the Muslims alike are missing the point on this complex thematic, because the dialectical debate is whether France/Europe should focus on the young Arab and Muslim generation leaders on the field or keep listening to the Arabs and Muslims so-called secular/assimilated elite and the established regimes in the Islamic and Arab States, focussing on immediate Intelligence reports for perceived home land threat, and not looking to intelligent solutions in the long run.

A large majority of Muslims and Arabs in France and Europe live in a climate of openness, diversity, tolerance, prosperity, and security. If French national leaders genuinely want to work with Muslim and Arab community leaders in the so-called banlieues and les cités neighborhoods, they will find the majority are modernists who want to absorb Western values with moderation and without dictation or acculturation.

Last year’s election of President Macron in France has been a hopeful story for many Muslim and Arab voters and residents in France. They are looking forward to hearing directly from President Macron instead of relying on some practicing Muslim leaders and secular elite and intellectuals who are totally discredited and out of touch with these young Muslims facing a serious identity crisis, rather than a problem of religiosity and by far a born-again Muslim repentance.

President Macron must look for a new approach to reach this segment of the population with fresh and active community leaders and civil society organizations in coordination with the local political leaders, law enforcement agencies and mayors like CAIR (Council on American-Islamic Relations) in the U.S., if he seriously wants to eradicate fanaticism and radicalism and with it injustice — and clear the French forest and MENA oasis from the ISIS wolves whether striking alone or with the pack.