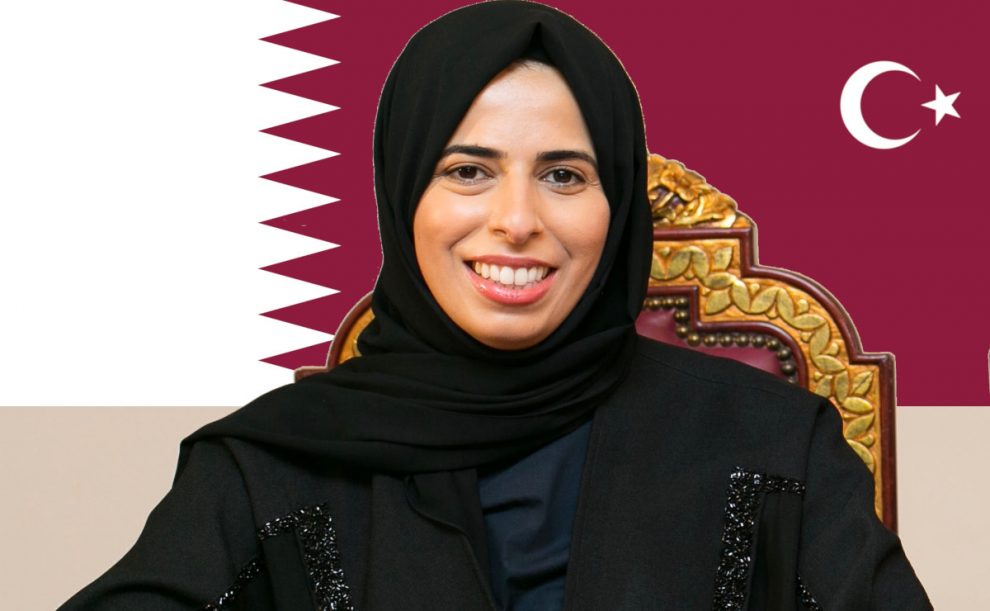 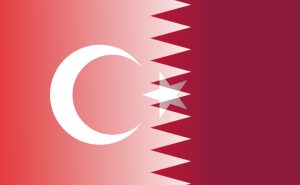 Turkey and Qatar have been enjoying their alliance since 1972, with constant coordination on various regional and international issues, Qatari FM spokesperson Lolwah al-Khater said

It’s been 45 years since Turkey and Qatar started their diplomatic relations, which, after all these years, have proven to be one of the few reliable alliances for both countries. Regarding this remarkable journey that began in 1972, I had the pleasure to interview Qatar’s Foreign Ministry spokeswoman, Lolwah Al-Khater, who defined this alliance as “strategic” and highlighted its significance.

“Turkey is a strategic partner, we are in constant coordination on various issues and in all regional and international events,” said Al-Khater, referring particularly to Syria and Palestine.

Recalling the long history of the two countries’ ties, Al-Khater underlined that this partnership continues to grow in all fields.

“The Qatar-Turkey Supreme Strategic Committee has been holding regular meetings since 2015,” she said, speaking of the closeness of the ties.

In terms of Qatar’s view on the murder of the dissident Saudi journalist Jamal Khashoggi, a major event that dominated the last few months of Turkey’s diplomatic agenda, Al-Khater said that they support Turkey’s efforts to solve the case.

“We support the measures taken by the Republic of Turkey to investigate Khashoggi’s murder, and we encourage all relevant entities to cooperate with the investigation. The State of Qatar added its voice to the list of countries calling for a thorough investigation to shed light on the murder of Saudi journalist Jamal Khashoggi,” she expressed.

Khashoggi, a columnist for The Washington Post and a critic of Saudi Crown Prince Mohammed bin Salman (MBS), was reported missing by his fiancee Hatice Cengiz after entering the Saudi Consulate in Istanbul to obtain marriage documents on Oct. 2, 2018. The Saudi kingdom initially denied any role in Khashoggi’s disappearance before acknowledging that he was murdered inside the consulate but passed the buck to rogue agents, while insisting that MBS had no prior knowledge of the matter, an explanation far from convincing for many.

Turkish officials have repeatedly maintained that the murder trial be held in Turkey where the crime was committed. Saudi authorities have denied Turkey’s requests and said the suspects will be tried in the kingdom. With the Saudi court’s decision, Turkey could now issue an international arrest warrant for the suspects to be detained anywhere in the world.

Al-Khater also touched upon the blockade that was enforced upon Qatar by neighboring countries as a major test of relations with Turkey and which, as a result, only strengthened the alliance.

“We appreciate Turkey’s support during the first days of the blockade, especially when the Parliament passed legislation to fast-track the already signed military agreement. Trade between both countries increased after Qatar’s blockade. Now Turkey is considered our main partner for food and trade security. Qatar on the other hand exports liquefied natural gas [LNG] and aluminium to Turkey,” she said.

Saudi Arabia, the United Arab Emirates (UAE), Bahrain and Egypt launched the blockade on June 5, 2017, to pressure Qatar to change its policies. The group, angered by Doha’s support for opposition Islamist groups and its ties with Iran, accused the Gulf state of working to destabilize the region and of harboring and supporting terrorists. They made sweeping demands that Qatar change course, shutter its flagship Al-Jazeera Arabic news channel and kick out Turkish troops from a base there.

Qatar has rejected the accusations and the demands, calling the blockade a politically motivated attempt to undermine its sovereignty.

Rather than rely on imports from its Arab neighbors, Qatar looked to Iran and Turkey to plug the gaps. Qatari flights were rerouted over Iranian airspace. Turkey boosted its military presence in Qatar.

When asked about the effects of the blockade on the relations between the Arab countries, especially the Gulf countries and of any improvement, Al-Khater underlined that there are “no positive signs yet.”

“June 2019 marks two years of an illegal blockade against the State of Qatar. No positive signs have shown so far, our citizens are still banned from entering the blockading countries, therefore hindering their ability to see their family members and accessing their businesses. Air and sea borders are still closed as well,” she said, indicating that Qatar has been calling for all parties to solve this through dialogue since day one and yet all the efforts of the country have failed so far.

“The most recent example is a letter from His Highness the Amir of Kuwait to the King of Saudi Arabia. No positive response to the letter is evident yet,” she emphasized.

Yet, according to Al-Khater, Qatar still thinks that dialogue is key in solving the rift.

“It’s been proven beyond doubt that the claims this crisis were built on were false and baseless,” she said underlining that the humanitarian aspect of the crisis is truly unacceptable.

“The social fabric the GCC [Gulf Cooperation Council] shared was unfortunately torn. This is the biggest loss we see,” she expressed.

“Seventy percent of our food and medical supply came from Saudi Arabia before the blockade. That was because we believed in the importance of supporting our neighboring countries. When the decision was made to shut the borders and cut off the food supply, the State of Qatar diversified its imports and today, we import from all over the world,” she highlighted.

In Al-Khater’s opinion, there were three dimensions of the crisis: The economic, the political and the humanitarian.

“Economically,” she said, “we need to distinguish between the damage intended by these countries and Qatar’s ability to diffuse the illegal measures taken against it.”

“As a matter of fact, not only did Qatar defy the economic blockade, it is actually excelling above the countries blockading it. Qatar’s GDP in 2018 was 2.6 and this year it is expected to rise to 2.7, both being the highest in the GCC region. Qatar announced the increase of its LNG production in September of last year. This meant an increase from 77 million tons to 110 million tons,” she underscored.

Politically, on the other hand, Al-Khater described the situation as lose-lose situation, “not only for the parties to this crisis, but for the stability of the region.”

“Thousands of human rights violations were committed by separating thousands of families, denying Qataris the right to access their businesses and properties in these countries, expelling students from schools and patients from hospitals. What is mostly hurting us as Qataris is being unable to perform Hajj or Umrah and to visit the holy places, Mecca and Medina,” she said, regarding the humanitarian aspect of the crisis.

Responding to a question about whether or not there was a tolerant approach from the UAE to Qatar she said that there is very little evidence on that matter.

“Only recently United Arab Emirates hosted the Asian Cup and did not allow a single Qatari fan to enter the UAE. Not only that, but they have actually arrested a British citizen for wearing Qatar’s shirt. In addition to many other instances that don’t pertain to Qatar, them banning many western academics, arresting others such as Dr. Mathew Hedges, the British academic and the fact that the UAE has many of its own citizens as prisoners of conscious is a self-telling fact of its claim of tolerance,” she said of the intolerant attitude of the UAE.

The UAE recently launched a “Tolerance Ministry.” However, the country also announced that that showing sympathy for Qatar on social media or any other means of communication is an offense.

In terms of the U.S.’ desire to come up with an “Arab NATO,” Al-Khater said that as long as things remain the same in the Arab world, no alliance can be achieved.

“We have communicated several times to our American friends that no alliance can be successful if the members of this alliance do not agree on the basic principles that govern their relations. It is also not possible to forge an alliance based on animosity toward a country,” she said, adding that for an alliance to be successful, it needs to be based on common interests and the collective good of its members and the region it operates through.

As far as leaving the Organization of Petroleum Exporting Countries (OPEC) is concerned, she underlined that the organization’s initial reason of founding was in conflict with what Qatar could offer to it.

“OPEC is a very specialized institution with one aim, that is regulating oil production of its members. Given the fact Qatar is more of a gas-rich country and not an oil-rich country, our contribution to OPEC was minimal, and OPEC, given its scope is becoming almost irrelevant to our hydrocarbon orientation given the fact that we want to focus our production and policy on LNG,” she said.

When it comes to the difference between OPEC and the GCC, she said that GCC has a “wider scope and was expected to play a significant role in the collective security of its members. We still believe that this role needs to be fulfilled by a multilateral entity and we don’t yet see another entity replacing it.” “Yet,” she added, “it’s needless to say that the charter of the GCC and its mechanisms all need to be seriously revisited.”
Source: Daily Sabah

Algeria: The Regime Is Saying, Wait Wait… Don’t Tell Me!
Cozying up to Jack Ketch
Comment