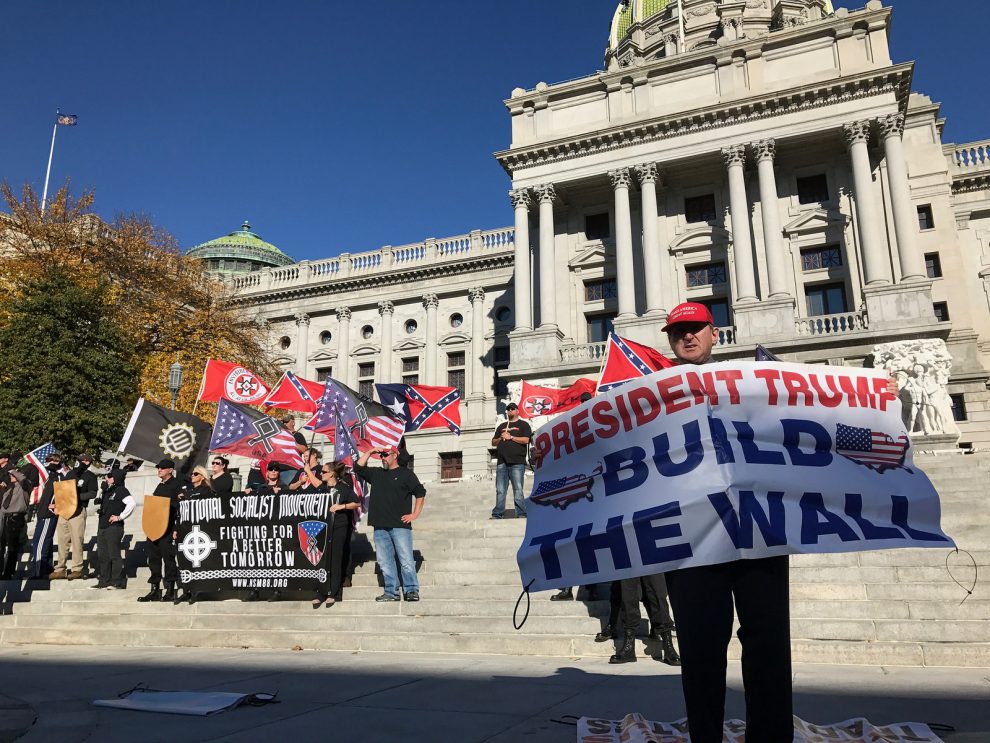 A new wave of nationalism has been affecting the whole world in recent years. Being a fruit of the French Revolution, nationalist movements changed geo-political structure of the World many times, particularly during post-colonial era when colonized countries gained their independence from Western countries. Yet, because borders of newly founded countries divided ethnical groups irregularly, many people with different nations found themselves being citizens of different countries, a reason for why irredentist movements began. Therefore, while the first wave of nationalism led colonies to get their freedom, the second one caused ethnic clashes, or more accurately civil wars.

Since nationalistic impact was felt mainly in the Third World Countries, such fiery movements were expected to be extinguished aftermath of foundation of the nation-state(s). On the other hand, nationalism was generally accepted as evil, destructive and racist in the developed world and general discourse was anti-nationalist.

However, from 1990 onwards, geo-location of nationalistic movements shifted to the West and the North due to a few reasons. First of all, people from Africa, Asia and Middle East emigrated to Europe and North America because of poverty, oppression, wars and so on via human trafficking. As newcomers could not adapt to home culture and gathered in ghettos, accordance among communities failed. In addition, Western people’s xenophobic behaviors distanced immigrants more. Thus, far-right parties emerged and easily found adherents. While not many gave credit to that parties in 1990s, as influx of refugees rose and terrorism hit calm cities of Europe, mentioned parties’ prominence gained momentum in 2000s. As for recent years, Al Qaeda and DAESH terrorism together with Syrian civil war caused great trouble in the old continent. Regarding to the United States, illegal immigration from Southern America flamed American nationalism.

The result has been the rise of opportunist populistic parties and leaders. Parties like AfD in Germany, UKIP in the United Kingdom, PVV in the Netherlands, Front National in France, Dansk Folkeparti in Denmark, Swerigedemokraterna in Sweden, FPÖ in Austria, Fidesz in Hungary etc. have become either ruling parties or main opposition parties. On the other hand, Trump, Putin, Orban, Kurz or Bolsonaro have become nationalist leaders of their countries. The more far-right gets popularity, the more moderate parties loose power. For example, Angela Merkel of Germany has understood that she can’t cope with nationalist parties and decided not to run for party leader and seek for re-election. Merkel’s decision for ending her political career will have a double effect on German politics. First, as she was a strong leader, her successors might not manage to deal with ethnocentric movements. This means, second, parties like AfD may get more popular support against rival parties with weak leaders.

We must add that current wave of nationalism is just not a reflection to mass move of foreign refugees but has quite intertwining aspects. Inner problems like corruption, misuse of state power, poverty, unemployment, etc. open road for charismatic and opportunist leaders to exploit people’s woes and come to power with their votes. For example, illegal Latin American migrants were a problem for the U.S. but former governments always could steer it. It was Trump that exaggerated migration and so-called lost jobs Americans deserved. He played well with nationalistic feelings and got support of white Americans. Now, the problem is not only Trump’s election but also continuous and deliberate increase of ethnicism. Despite that America has no security threats from its neighbors, no considerable corruption and no poverty, xenophobia is rising just because it is a useful tool for politics.

Unfortunately, imagined communities are created not only by differentiating nations from nations but they also emerge in a single nation. In other words, there may be a sub-imagined community in main community which come into being by excluding rival groups or immigrants. If we explain with an example, while American nation is an imagined (or real since it doesn’t matter for our case) community, blacks, Latinos and even Democrats are imagined sub-communities.  The other (or enemy) is not outside but inside.

Inner conflict between groups doesn’t mean that we underestimate inter-national strife. Those far-right parties winning domestic contestation come to world scene with self-centered agenda and create chaos as can be seen in Trump administration. US government has almost forgotten to maintain relations with other countries by peaceful and diplomatic methods. Instead, it gets use of its masculine strength. Hard power policy may be beneficial in short-term but US power can not sustain it long as other countries feel forced to save themselves from American threats. Probably, US Dollar’s hegemony will decline considerably in next 5-10 years thanks to Europe, Russia and China’s decisions to reduce its use in international trade and keep it as reserve money.

But the biggest problems will be rise of authoritarianism against democracy and enmity between countries. Nationalism can become a thesis, an anti-thesis and the synthesis at the same time. Someone may not adhere to nationalism but when they are discriminated just for ethnical difference, they may have to revive their nationality, though they will do it reluctantly. Nowadays, far-right is provoking people and raising tensions among societies. International community might derail from its usual way and we may witness more wars.

What went wrong? Should we blame only far-right groups? Of course NO. If people are exclusionary to each other, it is because mainstream ruling parties were indifferent to what was going on in neighboring countries and continents or they caused more turmoil when they intervened. Particularly, European countries just watched civil wars and their only action was to stop refugees. Nobody strived for ending wars. Because of their inaction, not only many states have become failed and divided, European Union is also endangered with likely dissolution. In addition, superpowers like USA and Russia intervened but current circumstances are worse than before since their interests are prior to the peace.

Unfortunately, the world is heading on an unknown route. Destructive ideology, nationalism, is seizing politics and the future is not promising for next generations. Unfair global distribution of justice influences internal politics or vice versa.  Thus, nationalism has risen to an alerting level. People like slogans and fight with artificial enemies. Imagination is dominating reality, which is quite dangerous for peaceful world order.