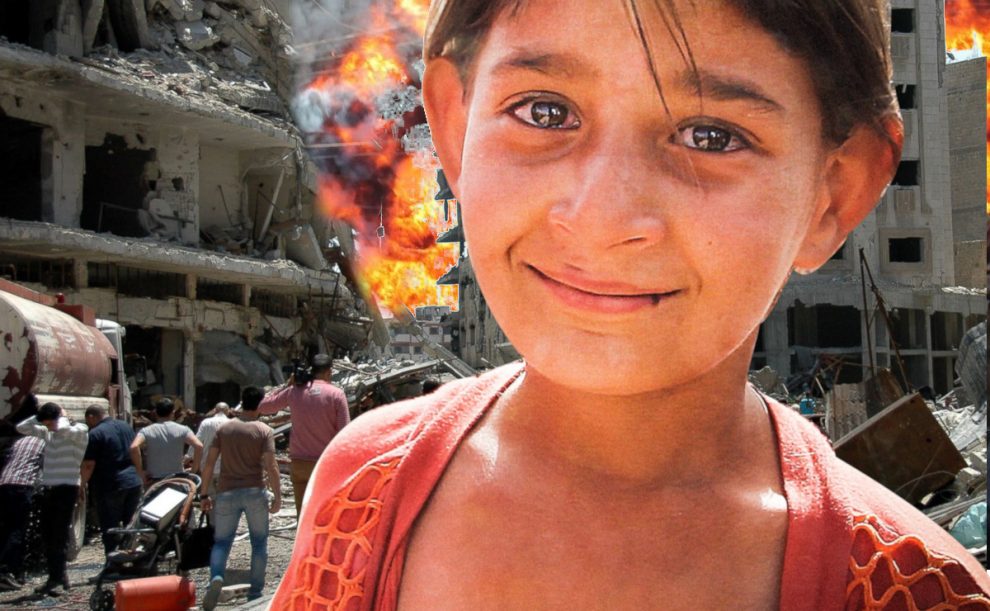 In spite of the shared desire of all major stakeholders in Syria to end hostilities and the growing consensus around Assad’s long-term staying in power, the prospects of a swift peace settlement and a rapid reconstruction of the country are remote

On Feb. 14, Russian President Vladimir Putin hosted his Iranian and Turkish counterparts, Hassan Rouhani and Recep Tayyip Erdogan, in Sochi to discuss the resolution of the Syrian civil war. These peace talks were the first Russian-led negotiations on Syria since the United States announced its withdrawal from the conflict in December and underscored the commitment of all three countries to achieving a political solution in Syria.

In spite of the shared desire of all major stakeholders in Syria to end hostilities and the growing consensus around President Bashar al-Assad’s long-term staying in power, the prospects of a swift peace settlement in Syria and a rapid reconstruction of the country are remote. This grim prognosis can be explained by lingering discord amongst regional powers over Idlib and northeastern Syria, and the unwillingness of major powers to invest in an Assad-led Syrian reconstruction process.

While the amount of Syrian territory controlled by rebel forces has steadily diminished since Russia’s military intervention began in Sep. 2015, northern Idlib is the last remaining bastion of Hayat Tahrir al-Sham (HTS), a former al-Qaeda affiliate. The substantial HTS presence in Idlib has caused Russia and Iran to periodically threaten a military offensive against the city. Even though the Sept. 2018 Russia-Turkey buffer zone agreement has not resulted in the much-anticipated withdrawal of HTS from Idlib, Turkey’s fears of a refugee crisis on its borders and anti-Assad sentiments have caused Ankara to oppose a Russian or Iranian-led military intervention in Idlib.

Although Russian Foreign Minister Sergei Lavrov continues to request Turkish diplomatic cooperation on Idlib, his deputy Sergei Vershinin claimed, during last month’s Munich Security Conference, that negotiations with terrorists were impossible and hinted at an eventual Russian-led military intervention in Idlib. Russia’s uncompromising attitude towards Islamist groups in Syria suggests that Vershinin’s rhetoric should be taken seriously and that last September’s buffer zone agreement is at serious risk of unravelling. If an offensive does take place in Idlib, countries that have thus far been unwilling to recognize Assad’s legitimacy, like Saudi Arabia and Qatar, will likely be forced to compromise their long-held opposition to Assad and accept a peace settlement that consolidates his hegemony over Syria.

The presence of the Kurdish People’s Protection Units (YPG) and associated militias in northeastern Syria, which are designated by Turkey as terrorist entities, presents another challenge to peace in Syria. On Dec. 12, Erdogan warned that Turkey would launch a military offensive against the YPG in northeastern Syria in a “few days,” but ultimately postponed a large-scale military offensive in Manbij, after Syrian government forces entered the city for the first time since 2012. This delay was likely a mere tactical adjustment, however. Turkish Foreign Minister Mevlut Cavusoglu announced on Jan. 10 that Turkey would launch a military campaign against the YPG if the U.S. delayed its withdrawal from Syria, and Erdogan warned U.S. President Donald Trump on Jan. 20 of Turkey’s willingness to intervene in Manbij.

As Russia, Iran, the United States and Saudi Arabia have all expressed varying degrees of opposition to a Turkish offensive in northeastern Syria, unilateral Turkish military action carries more risks now than it did in Jan. 2018 when Turkey undertook its Operation Olive Branch counter-terrorism operation in Afrin. The risk of an accidental confrontation with Russia has also increased, as Moscow wants Kurdish nationalists in Syria to accept Assad’s hegemony under the guise of a new federal state constitutional framework. A safe zone agreement is the only way for a durable peace settlement in northeastern Syria to come to fruition, but it would require the Syrian Democratic Forces (SDF) to overcome their long-standing aversion to accepting Turkish security guarantees.

Even if outstanding issues that are impeding a Syrian peace settlement, like the presence of HTS in Idlib and the YPG in northeastern Syria, are eventually resolved, the prospects of long-term stability in Syria are hampered by disagreements between international stakeholders on Syria’s reconstruction process. On Dec. 14, Assad claimed that the reconstruction of Syria would cost $400 billion and increased refugee repatriation from Turkey, Jordan and Lebanon would raise these prohibitive costs further.

Although Assad is likely to be a fixture of Syria’s political environment for the foreseeable future, the U.S. refuses to invest in an Assad-led reconstruction process until Damascus expels Iran’s military presence from southern Syria. While the European Union is less concerned about Iranian influence in Syria than the U.S., concerns about retaliatory U.S. punitive measures and a consensus around the need to isolate Assad for his conduct during the Syrian civil war will also likely prevent European assistance to Damascus’s rebuilding initiatives.

The West’s reluctance to provide economic assistance to an Assad-led Syrian government has led to increased speculation about Saudi Arabia and China’s potential to assist in the Syrian reconstruction process. In spite of this speculation, little has occurred to suggest that either Saudi Arabia or China would be willing to bear a substantial portion of the costs associated with reconstructing Syria.

On Dec. 24, Trump announced that Saudi Arabia had agreed to finance Syria’s rebuilding efforts, but Riyadh, four days later, denied any such agreement existed. Saudi Arabia’s subsequent refusal to re-establish diplomatic relations with Damascus, even after its closest allies, the United Arab Emirates (UAE) and Bahrain, normalized relations with Assad’s government were also seen as further proof of Riyadh’s unwillingness to invest in the rebuilding of Syria. There is still a possibility that Saudi Arabia could ultimately invest in Syria, in an attempt to pry Damascus away from Iran, but Assad’s security dependence on Iranian Revolutionary Guard Corps (IRGC) and Iran’s entrenched positions in southern Syria make this prospect increasingly remote.

China’s potential contributions to the reconstruction of Syria have also inspired widespread speculation, as Beijing participated enthusiastically in September’s Damascus Trade Fair and Chinese policymakers have viewed Syria’s location on the Mediterranean coast as a useful asset for their Belt and Road Initiative (BRI). The perilous security situation in Syria and China’s reluctance to engage more deeply in Middle East affairs could derail future Chinese investment, however, leaving Syria desperately short on capital to finance its reconstruction.

The reluctance of Western powers to finance an Assad-led reconstruction of Syria and uncertainties surrounding Saudi Arabia and China’s willingness to rebuild Syria suggest that Damascus will remain firmly in the geopolitical orbit of Russia and Iran for the foreseeable future. In order to preserve the hegemony that Russia accrued as a result of its military intervention in Syria, Moscow has secured its presence in the Tartus naval base and Khmeimim air base for 49 years. Russian companies have also taken steps to secure preliminary reconstruction contracts with Syria, which could entrench Moscow’s future dominance over Syria’s oil industry and the burgeoning construction sector.

Iran has responded to Russia’s actions with similar strategic manoeuvres, as Tehran has secured preferential land ownership deals for Syrian Shiites and devised plans to convert the IRGC’s close relationship with the Syrian Armed Forces into a leadership role in reforming the Syrian security sector. As Russian policymakers remain concerned by Iran’s hegemonic ambitions in southern Syria and Tehran actively competes with Moscow for reconstruction deals, Syria risks becoming mired in an incessant tug-of-war between Russia and Iran.

Even though the international community has gradually accepted Assad’s retention of power in Syria as a geopolitical reality, lingering disputes over Idlib and Kurdish groups in northeastern Syria remain major obstacles to the implementation of a Syrian peace settlement. As the U.S., EU, Saudi Arabia and China appear unwilling to pay the tremendous costs associated with rebuilding Syria from eight years of civil war, Syria’s political future could be shaped by the vagaries of the Russia-Iran alliance for a long time to come.

In how many slices do you want Syria?

Is there a contingency for a hot clash between Turkey and Russia?

Did Turkey fail in Idlib?

They are us: national unity after terror attacks
Silence is complicity with anti-Muslim hatred
Comment

In how many slices do you want Syria?

Is there a contingency for a hot clash between Turkey and Russia?

Did Turkey fail in Idlib?