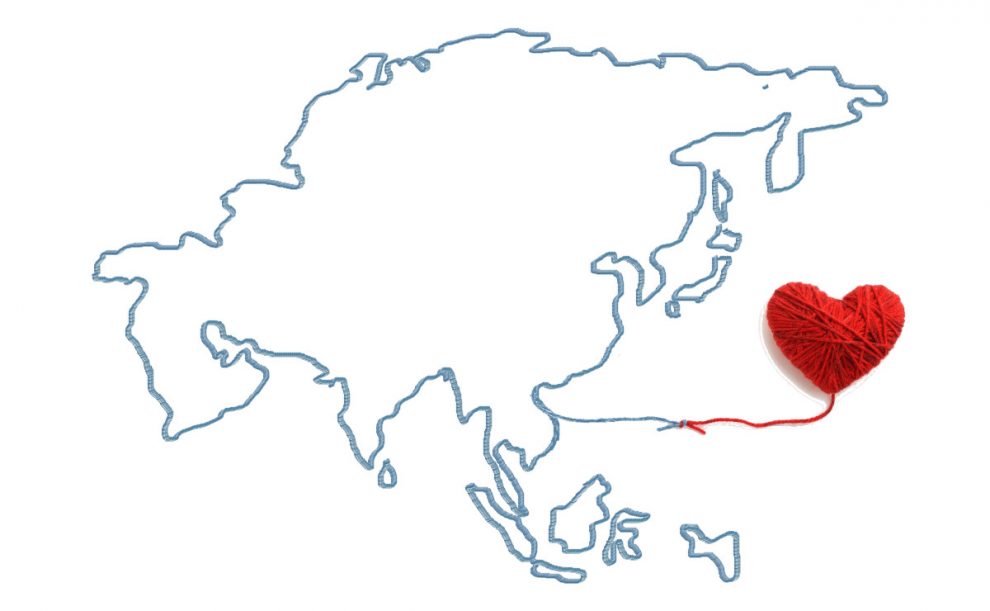 We heard two very telling speeches last week. One was in Washington as the Chairman of the U.S. Joint Chiefs of Staff Gen. Joseph Dunford Jr. addressed the Center for Strategic and International Studies (CSIS). He made a point, among others, that the U.S. was being challenged by Russia, China, Iran, North Korea and “of course, violent extremism.”

At the other end of the world, in Vladivostok, President Vladimir Putin said Russia was ready to host a meeting of the G7/G8 and would welcome a wider format featuring Turkey, India and China. Putin was speaking at an economic forum and said he could not imagine an effective international organization without India or China.

Here are two worldviews in which Russia and China are the common building blocks; yet one features them as hostile enemies, the other perceives them as the builders of a new Asian Century. One view devises budgets, fiscal health hypotheses, and unheard-of numbers like “our recruiting, our retention, our deployment-to-dwell rates,” as “key health indicators of the health of the force.” The other view portrays a world in which increased industrial cooperation creates better environmental health on Earth.

This is not to exonerate Russia from being a potential destroyer of the whole world by simply pushing a button. Russia, like the U.S., is capable of starting a nuclear winter and a holocaust for the entire world’s population. As a matter of fact, as the American general said at the CSIS, Putin has recently fielded a wide range of systems to include new intercontinental ballistic missiles, aircraft, tanks, air defense systems and nuclear-powered submarines. Again, just like the American occupations of Afghanistan and Iraq (and the proxy war and partial occupation of Syria), Russia has just as callously disregarded the principle of national sovereignty in Georgia, Crimea and Ukraine.

Yet, on this side of the curtain at the international playhouse, the Russian Federation tries to look like a cooperative player and tries to enlarge the numbers of players constructively. As a matter of fact, all of the international economic indicators show that this is actually an Asian Century.

Caleb Silver, the editor in chief of Investopedia, defines the Asian Century as a reference to the dominant role that Asia is expected to play in the 21st century because of its burgeoning economy and its increasingly wealthy middle class. The concept of the Asian Century has gained credence following the rapid economic growth of China and India since the 1980s, which has propelled them into the ranks of the world’s largest economies.

He describes Turkey as the collection of “Anatolian Tigers,” which he says refers to a number of cities in central Turkey whose industrial prowess since the 1980s has resulted in impressive growth rates for the region and the nation.

In short, President Putin is in tune with the global economic realities, whereas President Donald Trump seems to be busy swimming against the environmental, commercial and political tides. In fact, the “enemies” of the U.S. that the general listed at the CSIS are there because of Trump’s document of the national strategic interests. Consequently, Gen. Dunford looks at Russia and has three thoughts: Their military capabilities, their actions are threatening NATO and its cohesion and undermine the international order. Read as: Putin’s showing President Recep Tayyip Erdoğan around at a military exposition and especially the tour he gave at the SU-57 site!

The U.S. was not so narrow-minded a couple of decades ago. The man whom Gen. Dunford quotes in his speech as saying that this is the most complex and volatile security environment since World War II, former Secretary of State and National Security Adviser Henry Kissinger was a brave soul to dare to reinitiate “the second opening of China” in the 1970s.

As the top soldier of his country, Gen. Dunford might need to think mainly in military terms, but the top civilians of his country do not show us any other pattern of thinking which might give young people hope about a brighter future. “The Asian Century” for the U.S. government, military or civilian, only means a series of new and devastating – now commercial but, perhaps very soon, nuclear – wars.

Kashmir switched off
Kurdish mothers against the PKK
Comment