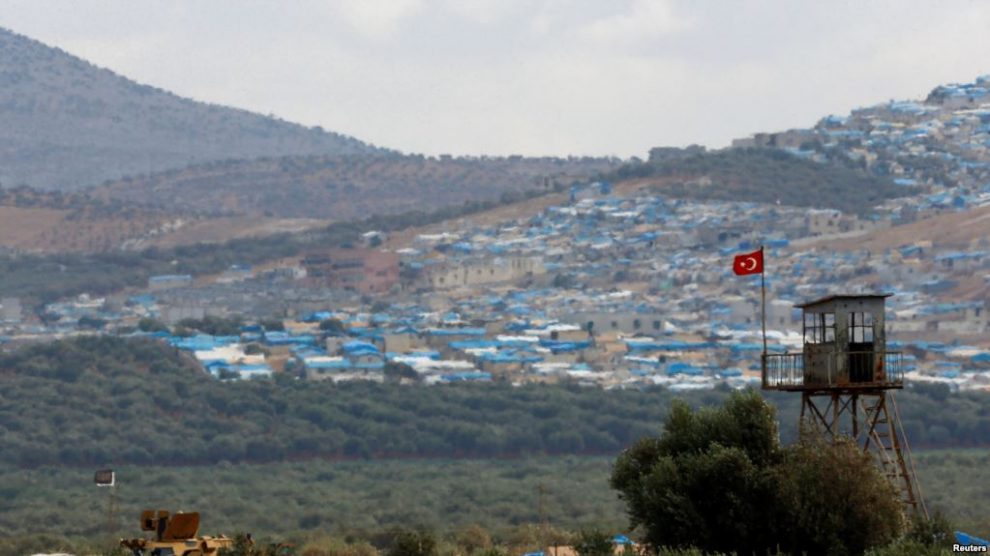 The battle for Idlib – the last remaining rebel-held province in Syria – has begun. Shortly prior to Christmas, Assad’s forces, backed by a wave of Russian airstrikes, began a major military campaign in northwest Syria. The move started despite assurances from Russia and Iran that they would adhere to a “de-escalation zone” agreement and guarantee that Assad’s forces would also respect the internationally backed deal to halt the fighting in areas not under control of Daesh. On Tuesday, Turkey summoned the ambassadors of Russia and Iran – Assad’s main patrons and signatories to the de-escalation zone agreement with Ankara – as a result of Assad’s continued gross violations of the ceasefire agreement. 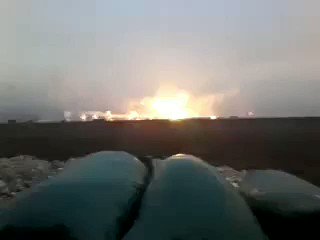 The #SyrianArmy and allies are determined to liberate #Idlib in 2018.
This video is from the fronts of the northern Rif #Hama, which is a small fraction of what is prepared for Idlib.

Daesh forces in the eastern Syrian provinces of Raqqa and Deir Ezzor have functionally been defeated. But remnants of Daesh have still managed to retreat into the deep desert wilderness and shift to guerrilla warfare following the collapse of the group’s leader, Abu Bakr al Baghdadi’s so-called caliphate.

By November, Russian military command operating out of their permanent base in Hmeymim Air Base in Syria’s Latakia province decided that Idlib province, where over two million civilians live and tens of thousands displaced from other parts of Syria now call home, would become the next target.

According to the United Nations, over 60,000 civilians have been displacedsince the Idlib campaign was launched late last year. UN reports show that Assad’s air force has reintroduced the use of barrel bombs.

This recently resulted in the total destruction of dozens of schools, medical centres, warehouses, and maternity hospitals. Even ad hoc internally displaced settlements – horridly pitched and exposed to the harsh elements of the Idlib countryside – have borne the brunt of Assad’s barrel bombs, according to watchdogs.

General Suheil al Hassan, perhaps Syria’s most notorious general, has been charged by Assad with the task of re-capturing Idlib. Hassan is a personal favorite of Russian President Vladimir Putin who personally thanked the general during Putin’s surprise visit to the Hmeymim Air Base in December. That Hassan was the only Syrian official sitting next to Assad during their meeting with Putin and Russian general officers, raised eyebrows among observers – particularly given Putin’s lavish praise of Hassan in the presence of Assad.

Hassan’s short-term aim in Idlib is to secure the rebel-controlled highway that connects Aleppo and Damascus and to capture the Abu al Duhur airbase. The latter is of strategic importance as it would significantly enhance the Assad regime’s ability to resupply its forces and allied militias in northern Syria while also providing it a convenient vantage point to launch short-range rockets and air strikes throughout Idlib in its entirety.

Aid workers are warning of another humanitarian disaster given that Idlib had become the destination for so many families forced out of their neighbourhoods and towns as Assad’s forces have advanced in other parts of Syria.

Coupled with freezing winter conditions and the mass of informal settlements and camps for the internally displaced along the Syrian-Turkish border, Assad’s offensive in Idlib has now become a perfect storm that could trigger another mass wave of refugees. 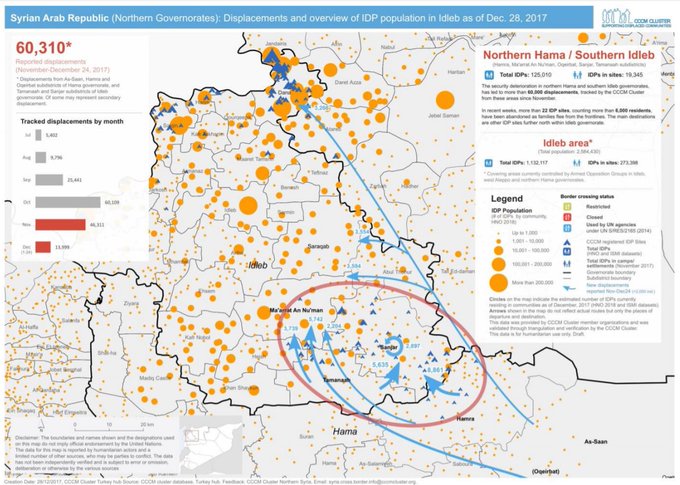 Russia’s veto in the UN Security Council  – which Moscow has wielded six times to protect Assad – offers the Syrian regime convenient political cover despite the warnings of UN aid groups of the impending disaster unfolding in Idlib today.

General Valery Gerasimov, chief of the Russian General Staff, recently told reporters that Russia’s objectives in supporting and enabling the Assad regime’s military operations in Idlib were necessary due to the presence of Al Qaeda.

And while Al Qaeda’s central command does maintain operatives in Idlib, the most effective solution to the Al Qaeda problem has proven to not to be mass waves of airstrikes, but a dedicated counter-insurgency campaign coupled with co-opting of locals who reject Al Qaeda’s brand of global religious war.

In opposition to Al Qaeda’s attempts to impose control, local leaders and communities in Idlib have steadily been protesting and pushing back against them for over a year.

Al Qaeda’s international wing – loyal to Ayman al Zawahiri who likely remains in hiding along the Pakistan-Afghan border – still retains a notable stronghold in Idlib province. However, its influence and ability to operate freely in Syria has been severely damaged in part due to Turkish intervention.

According to a recent report, “Al Qaeda’s branch in Syria has been witnessing rivalry between its mostly Syrian, relatively moderate members and the foreign fighters who remain loyal to Al Zawahiri. The tension became more apparent after Turkey started sending troops into areas held by HTS in northern Syria in October…”

Under the guise of fighting Al Qaeda, Assad is attempting to regain control of Syrian lands that clearly rejected his authority when they rose up against his brutal regime years ago.

There is a proven and more effective track to defeating extremists that doesn’t necessitate barrel bombing maternity wards or carpet bombing villages into submission.

Working with the local populace and Sunni Arab fighters to identify and rout irreconcilable extremists is a tactic that is less destructive and more effective in dismantling Al Qaeda’s network in Syria.

If Assad and Russia were truly dedicated to the task of eliminating these extremists they would abide by the de-escalation zone agreement and stop targeting en masse every Sunni rebel group and halt the systematic targeting of civilian areas as a means to weaken rebel strongholds.

It seems that with Moscow’s military guidance and extensive air arsenal, Assad is as determined as ever to use blunt force and scorched-earth tactics instead of diplomacy and recognition of local autonomy in Idlib to wipe out what remains of Syria outside the bounds of his authoritarian rule.

Turkey at crossroads with the US
Child marriage, slanders and ethics
Comment