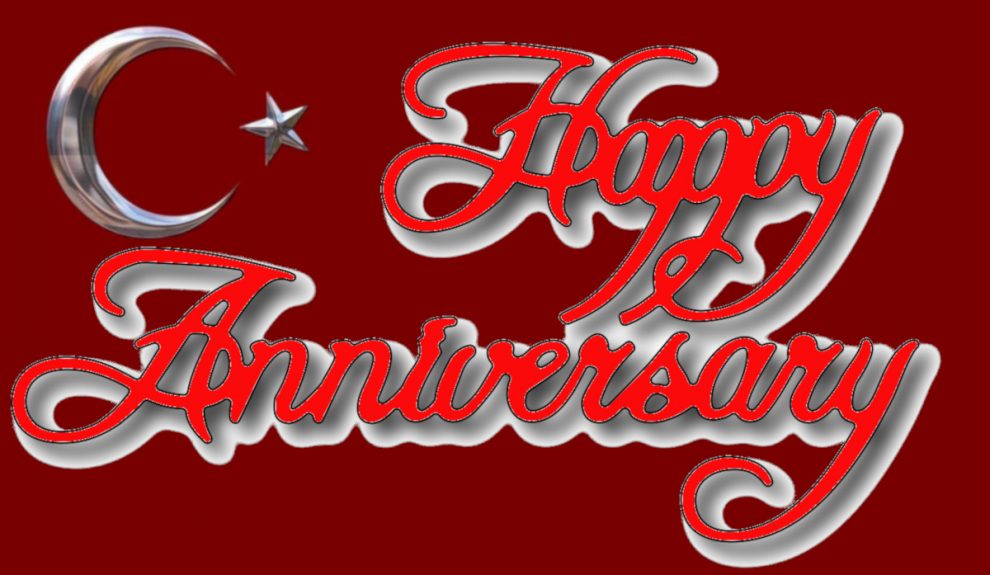 As Republic Day is being celebrated in Turkey today, we look back at the fall of a great world power, the Ottoman Empire, and a modern nation’s rebirth from its ashes

The republican era in Turkey started as the culmination of a long struggle against British and French imperialists. They had come together in 1915 to finalize what would be known as the Asia Minor Agreement, a secret treaty to which the Russian Empire first assented, later dissented. In any way, the British and the French agreed upon how to dismember the Ottoman Empire and partition its lands among themselves, either annexing it or putting it under their protection.

The deal was exposed to the public by the Russian revolutionaries on Nov. 23, 1917. Mehmed Reşad was the reigning monarch on the throne, the penultimate Ottoman sultan, and he had been overseeing the cession of the Empire’s North African territories and the Dodecanese Islands, including Rhodes, the traumatic loss of almost all of the empire’s European territories west of Istanbul, and the entry of the empire into World War I, which would ultimately lead to the end of the Ottoman Empire.

Accordin​g to the historians, it was not totally his fault; but the government, erected by the first military coup (1908) in Turkey, had been composed of those who opposed the balancing act of the previous sultan, Abdülhamid II among the imperial powers of Europe. That government consisted of the representatives of the Committee of Union and Progress (CUP), representing the German-educated central elite of the Ottoman bureaucracy and the armed forces, who sided with Germany, and lost the war with them.

The long and the short of it, the last Ottoman Sultan Mehmed Vahideddin, who had no hope to ascend to the throne and had become heir only in the previous year, was said to conduct the burial rituals of the Ottoman Empire. Yet, he had different plans about it. First, Şahbaba (Emperor-Father, as affectionately called by his household) dismissed the CUP government and summoned the only Ottoman officer he could trust. When he was a distant prince with no hope to the throne he had a long tour of Germany and the Central European countries and a young colonel,

Mustafa Kemal (later Atatürk) was his aide. When he acceded to the throne after the death of his uncle, he summoned Mustafa Kemal, now a general after his role in the defense of Dardanelles, as well as other officers who had no role in the 1908 coup; no involvement in the Armenian massacres; and no preference of any European power as an ally. Of course, these conditions made the short list of advisers, well, very short. After almost nine months of careful discussions (Istanbul was under the British occupation and the sultan and his advisory board would meet almost clandestinely) and meticulously planning, the sultan sent 48 men and six horses to organize the defense of Anatolia against the occupation of the Allied Forces with a road map.

Like the list of the imperial advisers and his selected officers to defend the motherland, the road map was also very short: The British-French agreement had already been implemented. It was augmented by a not-so-secret agreement signed in Versailles that brought World War I to an end. The Allied powers were now occupying Germany and the Ottoman Empire. The sultan sensed that the European imperial heads now had another specter to fear: The Red Russia. They would not elect to annihilate the Ottoman Empire totally; there would be a Turkish state to stop the expansion of this communist state and its ideology. Besides, the Ottoman sultan was the spiritual leader of many British subjects in South Asia. Mustafa Kemal and his team would be able to reorganize the Ottoman army and what had been left from the bureaucratic apparatus of the empire in Anatolia to provide the backbone of the smaller Ottoman state.

The sticking point, actually 14 of them, came from the other side of the Atlantic: The president of the U.S. outlined his terms of peace agreement. Then-President Woodrow Wilson asked for the total occupation of Anatolia to create an Armenia in the east, a Kurdistan is the south and an extension of Greece into Western Anatolia as the Hellenic Empire.

Wilson had been defending the idea that the Ottomans repressed Muslim and non-Muslim nations so that they had no opportunity to develop their national identity and culture; and after the peace treaty, the U.S. was ready to help the European powers help these people develop into nationhood. In other words, Wilson was suggesting to declare the new Armenia, Kurdistan and the Greater Greece as U.S. protectorates. The British and the French had practically been doing the same in the Ottoman Levant, so why shouldn’t the U.S. do the same in the Asia Minor?

As the first step, the U.S. Navy and merchant ships carried Greek soldiers and American observers to what was called by Wilson as the zone of Smyrna. Newly declassified papers from the British and French archives show that the French and Italian governments objected British Prime Minister Lloyd George who supported the U.S. move. However, the European powers together resisted Wilson’s idea of Armenia and Kurdistan because they knew they needed the Turks there in front of the entity that became the Soviet Union.

According to Arnold J. Toynbee, the famous British historian, it was the Greek occupation of Smyrna, contemporary İzmir, that created the Turkish National movement. He argues: “The war between Turkey and Greece which burst out at this time was a defensive war for safeguarding of the Turkish homelands in Anatolia.”

Right, and wrong! Greek troops landed in İzmir on May 15, 1919. The Turkish National movement had started when Mustafa Kemal and his team departed from the occupied Istanbul on the very same day. Yet, the imperial edict to put together this large group of military officers, former governors, lawyers, health administrators, accountants, civil servants of various ranks and expertise had been issued almost a year ago. Various orders had been issued to the army garrisons and governors to meet and facilitate the work of Mustafa Kemal and his group which had visited many provinces from the Russian front on the east, and the line where the Greek army had advanced in the West.

But it is true that when the Greek force, against the protests of the British army, started to expand its occupation and the move was somewhat tolerated by the sultan in Istanbul, Mustafa Kemal and his group concluded that a government in the occupied Istanbul could not conduct a struggle that had started to look like a war of independence.

At that point all the bridges had been burned and the Ankara government had been born and as Toynbee says the Turkish National movement had begun. The Ankara government turned Wilson’s and the Greeks’ Asia Minor campaign into an Asia Minor catastrophe, conducted successful negotiations with the British and Italians to lift their occupation in Anatolia and attained French support in the international arena.

That new regime declared the death of the empire and announced the creation of the new Republic, which sent the last Ottoman sultan and all male members of the historical House of Osman – the Ottoman dynasty – into exile. The ideologues of the new regime have cheapened and distorted the true significance of what the New Republic stood for while preventing scientists from correcting their mistakes. Until very recently mentioning Sultan Vahideddin’s role in organizing the National Struggle was a taboo in academia and media. Long before the declaration of the new Turkish Republic in 1923, Ottoman intellectuals discussed the matter of national sovereignty in a constitutional monarchy.

Namık Kemal and his New Ottoman group saw that the true Islamic roots of the Ottomans prevented the sultans from becoming autocrats with absolute power; quite contrary the Ottoman monarch was subject to a constitution, a divine one: the people’s declaration of allegiance to him made him declare new laws, promulgate laws and impose punishments in accordance with Sharia law. However, the need to create a new elite to replace the old imperial one, the urge to establish an identity of the new nation to replace “Ottomanism,” the ideologues of the new regime have made the word Sharia so dirty that even today scholars use it with many qualifications and adjectives. Yet, the very fact that the Turkish people’s acceptance of the Republic was so easily and enthusiastically accepted, and their adopting multiparty democracy so passionately adopted shows the world that Wilson’s characterization of the Turks as repressed people who needed guidance and education from the West was totally wrong.

Turks are republicans at heart; and we celebrate Republic Day with heartfelt sincerity.

Merkel stepping down will become turning point in Germany
Why is Turkey arresting “journalists”?
Comment