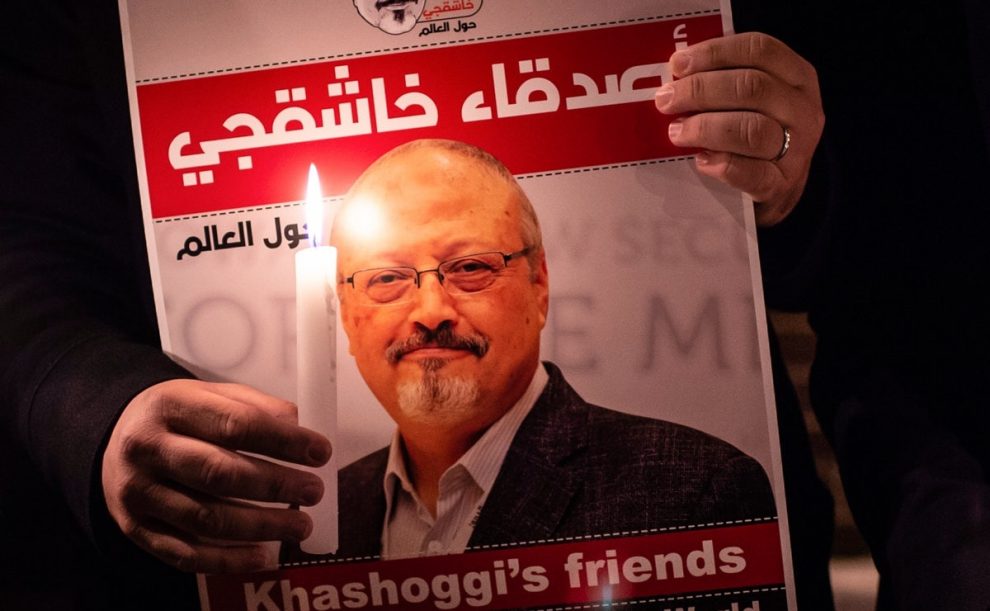 On October 2nd, Jamal Ahmad Khashoggi was strangled, dismembered, then dissolved in acid inside the Turkish Consulate in Ankara(Istanbul; Ed.Note). While his killers have not been identified, it is known that they were hired by the Saudi Crown Prince Mohammed bin Salman. An avid criticizer of the Crown Prince, Khashoggi was targeted for his rhetoric, being deemed a “dangerous Islamist.”

His sudden disappearance and the news of his eventual demise rocked the entire Western Hemisphere. Calls from within the United States to place sanctions against the Gulf nation for its abysmal treatment of one of its reporters are backed by the idea that journalists should be protected and should freedom of the press. But to those of us deeply entrenched in the Arab World, the news of Khashoggi’s death is not at all surprising. Khashoggi is not the first, and will certainly not be the last, journalist murdered for doing his job.

In a hemisphere where both freedoms of the press and journalistic safety are not intrinsically given, Khashoggi’s death makes total and complete sense.

To put it into perspective, the interactive map given with the “2018 Freedom in the World” report by Freedom House ranks countries based on how free they are. Countries can be ranked “free,” “partly free,” and “not free.” Along with the ranking, the countries are given a score out of 100. And according to the map, Tunisia is the only country in the Arab World marked as “free.” Jordan, Morocco, and Kuwait follow close behind, marked as “partly free.” The rest of the countries are all marked as “not free” and have abysmal ratings well below 20/100.

Free expression is just a mere glorified idea that exists within the Arab World. All over the region, regimes constantly suppress its constituents. Access to social media sites, censorship of news being produced, and government-controlled outlets are all examples of how limited and skewed the information Arabs are getting inside their homelands. As a result, the populations within the countries remain largely uninformed and unprepared to deal with the changing world around them.

But in 2011, people all over the region attempted to change this by protesting in mass numbers. The Arab Spring, as it is now known, was one of the most successful civilian protests in the region to date. Civilian-led protests brought down the Gaddafi regime in Libya, the Mubarak regime in Egypt, and the Ben Ali regime in Tunisia.

The problem with the Arab Spring, however, was that none of the changes was permanent. While the collapse of the regimes ushered in a new era in the respective countries, the era didn’t last long. For many of the countries, new regimes were installed and the oppressive and unstable ways of life went back to normal. Journalists were thrown in jail and censorship was at its all-time high.

This year marks seven years since the Arab Spring. And nearly seven years later, we have not changed at all. In fact, free press and journalistic safety have gotten worse since then. The brutal murder of Khashoggi proves just this. In fact, it serves as yet another bloody reminder of what could be our ultimate fate if we continue speaking out.

Jamal Khashoggi was murdered so he could never speak out against the Crown Prince again. He was killed in an act of free press suppression. And that is exactly what makes this so scary. He was not a “radical Islamist” with an agenda. He was just a journalist doing the job he was hired to do. He, like so many others before him, paid the ultimate price so that freedom of the press could be a reality instead of a glorified idea. And that is why Khashoggi’s death has to mean something.

All journalists, not just in the Arab World, must evaluate this case and understand why, now more than ever, it is important to speak out. We cannot be scared into silence while great injustices are being committed all around us. We must speak out because the truth and the truth alone will be the only thing that will set us free.