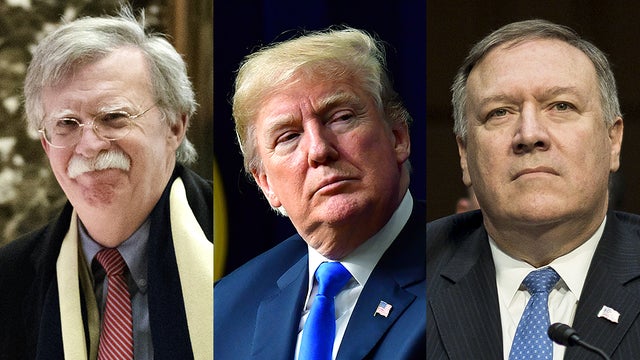 First, Iran shot down a U.S. unmanned aerial vehicle (UAV). Meanwhile, U.S. President Donald Trump gave the order for an air raid on Iran. However, Trump changed his mind 10 minutes before the start of the operation. Those that were most upset about Trump cancelling his order to attack were Israel, Saudi Arabia, and the United Arab Emirates (UAE).

Despite pressure from the Neocon hawks in his cabinet, Trump is politically not in a position to wage a war with Iran. When the U.S. invaded Iraq, the Congress had given George W. Bush its full support. However, Trump does not have such support today. There is also no consensus between the Republicans. Yet some of those who are pro-Trump are on alert against Neocons dragging the U.S. to war. For example, according to Fox News presenter Tucker Carlson, bombing Iran is going to end Trump’s political career, and entirely destroy his chances of becoming president again in 2020.

Trump’s National Security Adviser John Bolton is in Jerusalem for a tripartite summit with his Russian and Israeli counterparts. Bolton, who recently organized a joint press conference with Israeli Prime Minister Benjamin Netanyahu, said the option of a military intervention in Iran is still on the table. Yet, Carlson interpreted Bolton’s statement as, “Neocons are still utilizing tremendous power in Washington. They do not care about the cost of a war with Iran.” Trump is listening more to the media supporting him. In his 2016 presidential campaign and after being elected president, Trump accused the previous administrations of” starting stupid wars that cost Americans trillions of dollars.” The promise that he would bring home U.S. soldiers was effective in his election.

Bolton and Mike Pompeo’s presence in Trump’s cabinet pleased the pro-Netanyahu wing of the Israeli lobby. Trump needs lobby support to be re-elected president in 2020. Trump, who says the Democrats have turned into an anti-Israel party, is asking the lobby to support him only. Meanwhile, not wanting to lose the mass support of pro-Israel Evangelist Christian Zionists, Trump made great concessions to these two factions. Even though, waging war against Iran for Israel would be the worst option for Trump’s political career.

As in the North Korea issue, Trump is using the Neocon hawks as a lever with respect to Iran. Trump had accused the previous Secretary of State Rex Tillerson of being soft toward North Korea. Trump met with the North Korean leader face-to-face on two occasions. The pen-friendship, sending letters filled with praises is still ongoing between the duo.

Bolton and Pompeo are the lead actors in the “maximum pressure on Iran” campaign. Trump wants to draw Iran to the table through the hawks. He is making a military buildup in the Gulf, while saying to Iran’s leader, “Come, let’s talk face-to-face.” The military buildup in the Gulf may lead to close contact with Iranian forces and things may get out of control. This danger exists at all times.

The American Military-Industrial Complex wants new wars from Trump. Trump draws attention from time to time to this dirty policy of the complex. The very same Trump focused his foreign policy on weapons sales to avoid facing the wrath of the complex monster. Trump had appointed Patrick Shanahan, who was an executive for more than 30 years at Boeing, for the position of Secretary of Defense that was vacated by James Mattis. Upon Shanahan’s resignation, Trump nominated Mark Esper as a candidate. Esper had lobbied many years for Raytheon, the company that produces the Patriot defense systems.

Despite U.S. Congress efforts to prevent him, the Trump administration is signing new weapons agreements with the Saudis and the United Arab Emirates (UAE). Trump is trying to overcome the Congress obstacle by saying, “If we do not sell it to them, they will buy them from the Russians, from the Chinese.” Amid this mixed network of interests, Trump is carrying on with his policies like a tightrope acrobat. Hence, he risks falling to the ground at the slightest imbalance. War with Iran may not be on the horizon just yet, but let us not forget that the Neocons are slyly waiting in ambush.

Can the US Confront Iran in Syria?
Are Germany and Ethiopia appropriate mediators in Sudan?
Comment