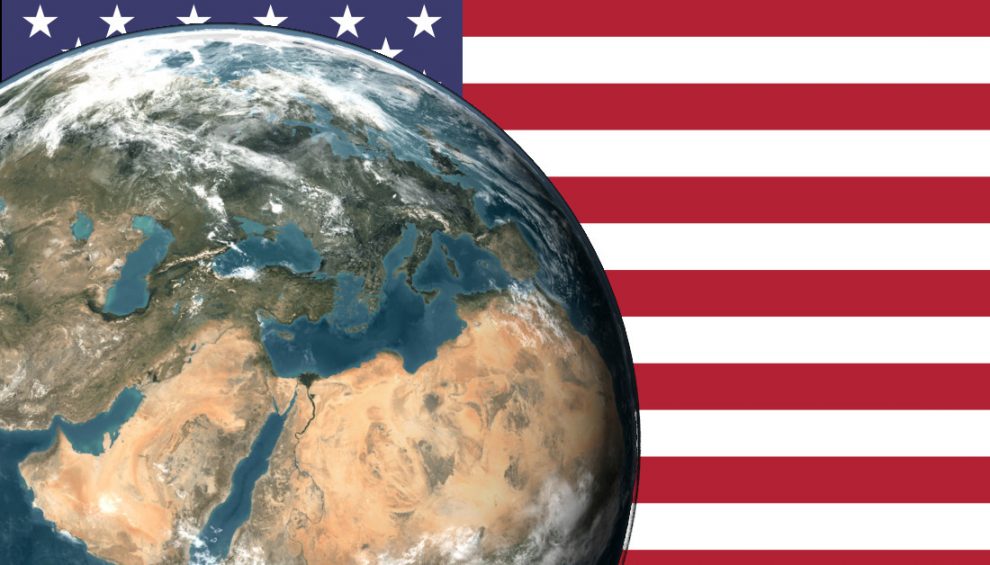 A confused President Donald Trump has been confusing the whole world. He is not clear on whether the U.S. has a role in Middle East politics. He is defending his decision to allow Turkey to do the chore of wiping out Daesh terrorists, claiming that the U.S. had no business to be there in the first place. I’ll beg to differ with him on this one.

With his pending impeachment inquiry, these are rough days for the U.S. president. He’s been betrayed; he said he didn’t know if Rudy Giuliani was still his lawyer after he ravaged him with the impeachment scourge. Giuliani has his own vendetta with democratic contender Joe Biden; but any dirt that Giuliani dug up in Ukraine about Biden and his son is not required to win the 2020 elections. Giuliani and the old cadres of the Republicans cannot grasp the new populist and extreme right-wing tendencies in U.S. politics. This new alt-right has individualistic selfishness in its roots, which is the new manifestation of the egocentrism ever-present among the American people.

Trump is right when he thinks that the U.S. public in general would like the idea of “bringing the boys back home” by cooperating with Turkey in Syria. However, he is wrong in thinking that then U.S. has no business in the Middle East. He should not forget the fact that the U.S. had taken over the keys to the major ports in the Middle East capitals from the British at Yalta on Feb. 4, 1945. Since then, the U.S. has played the imperialistic role British Prime Minister Winston Churchill conferred on them. The new alt-right politics does not require world dominance, and Trump is trying to shrink from the duties associated with it.

The U.S. may shed its imperialistic fur, but it cannot leave the Middle East in shambles. Mr. Trump knows better than anyone else that his predecessors put the whole region, from Bangladesh to Kashmir, from Afghanistan to Iraq, from Syria to Jerusalem, into this mess. On top of this, his own egomaniacal politics, like pillaging occupied Arab lands and giving them to Israel, made an already bad situation even worse. The U.S. has to redress the damage it has done in the region.

But the most crucial problem is in Syria. After Operation Peace Spring, Turkey will hopefully be able to return at least 2 million Syrians back to their country. Thanks to the faulty policy choices starting with James Baker in 1998, continuing with Hillary Clinton in 2013, and finally ending with Rex Tillerson and Mike Pompeo as secretaries of state, the United States harmed all the peoples in Iraq and Syria.

The Kurds of Syria have especially been left to the mercy of the PKK terrorist organization. Instead of cooperating with Turkey from the beginning to crush Daesh, U.S. policymakers and those responsible for implementing policy elected to form armies out of PKK terrorists, training and equipping them, and then used them as their boots on the ground against Daesh. The people in the State Department and Defense Department called these terrorist armies “the Kurdish people” and carved a homeland for them in Syria.

The Syrian government has abused the Kurdish people and denied them equal citizenship rights since the 1960s. The Kurds need to be treated equally in their country, by their government. But all other people in Syria also need the same thing: equal, democratic and humane treatment by the government.

The PKK and its Syrian extension, the Democratic Union Party (PYD), could not and have not provided those democratic rights to the Kurds, Arabs and Turkmens in Syria. As a result of the de facto dismemberment of the country, more than 1 million Kurds fled PKK/PYD-held areas and took refuge in Turkey. The other 2 million Syrian refugees in Turkey are also from PYD-ruled areas.

After Turkey’s military operation brings peace back to the area, the Astana and Geneva partners should get to work and put the country into shape. The Turkish military operation will be the guarantee of the territorial integrity that the new Syria will have.