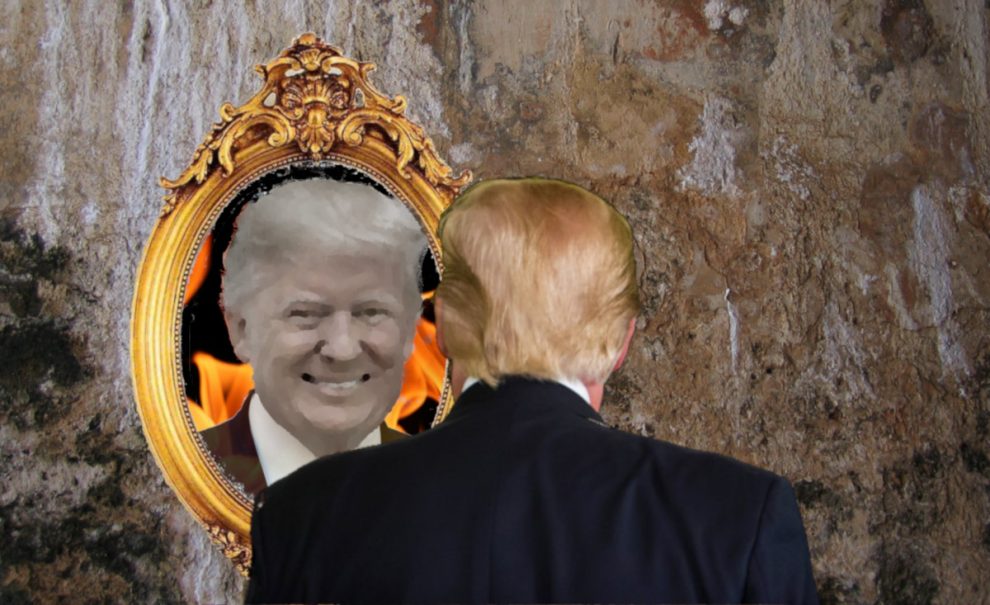 When I read the paragraph about Donald Trump moving from “leadership” to “greatness” in Richard Sakwa’s article in the Political, Economic and Social Research Foundation’s (SETA) Insight Turkey magazine last week, I thought, The Donald has finally gotten the respect he deserves. Not yet! The “greatness” Professor Sakwa was talking about was the president’s policy move from the “leadership” role for his country to creating a globally great America.

The real greatness for Trump would be his move to escape the deep-rooted sense of shame his parents must have installed in him, which resulted in his narcissistic personality disorder (NPD). I say this on the authority of 27 psychiatrists and mental health experts as indicated in Dr. Bandy Lee’s book, “The Dangerous Case of Donald Trump.”

It doesn’t look nice for the president of the “Free World” when he thinks he looks like Elvis Presley. Jimmy Fallon had already started re-writing “Jailhouse Rock” on the “Tonight Show”:

“The warden threw a party in the county jail,

Everyone in my administration started to wail.

Indictments handed down through the whole West Wing,

You should have heard my lawyer Michael Cohen sing!”

The “great” U.S., according to Trump, would not enter into isolationism of any sorts. Yet the country is not “living peacefully and in friendship with Russia;” it just entered the most ferocious trade war with China. Trump is not even on speaking terms with traditional allies in the EU.

Candidate Trump would think that the leadership role for the U.S. would suffice. But when he entered the Oval Office, he saw that the room was already filled with neoliberals and neoconservatives who had their own version of neo-realism; both offensive and defensive varieties of it. Both based on the worldview that the nature of the international order was established by the principle of anarchy and that leadership is measured by the number of nuclear weapons you own and by the effectiveness of your delivery capabilities, and these “realisms” were just what a person suffering NPD needed!

Trump had to bend every sovereign state to his will and subordinate their interest to the interests of the United States. Like all those people who end up in the tormented mind frame of an NPD, he hates to be shamed again: “No dad, Putin, the Iranian mullahs, nor that fat Korean nobody is ever going to shame me ever again.”

The only problem is that people all over the world, especially young ones, want to be left alone – no wars, no threats, no deep thoughts like a 30 cent a gallon tax hike needed to lessen their countries’ dependence on fossil fuel. Ask the hundreds of thousands of French people who had 400 injured and at least one dead.

The American people also demonstrated that Trump’s plan to make the U.S. great again is not what they need to have jobs. The spectacular loss of the majority in the House should be enough incentive to make any reasonable politician leave the warpath he tried to climb. He still has protection against impeachment (the ultimate shame!) in the Senate, but his fragile ego could not stand even the talk of it if Democrats decide that Special Counsel Robert Mueller has enough ammunition to charge more White House staffers. So far, there are no criminal charges against the president’s men, but there are enough embarrassing revelations, especially after Michael Cohen, a former lawyer for President Trump, pled guilty in Manhattan federal court last week to making false statements to Congress regarding his involvement in efforts to build a Trump Tower complex in Moscow (the “Moscow project”).

Mr. Trump is already mired down with international scandals like shutting down the crossing after the caravan migrants reached the U.S. border. His travel ban on those from certain predominantly Muslim countries is still on people’s minds.

Those who convinced him to move from leadership to the path of greatness are no longer hopeful of his capability to play that role. This would not really shame him but remove him from the 2020 ticket.

Islamophobia is being defined as a form of racism. Why?
The elephant in the room at the G20 Summit
Comment