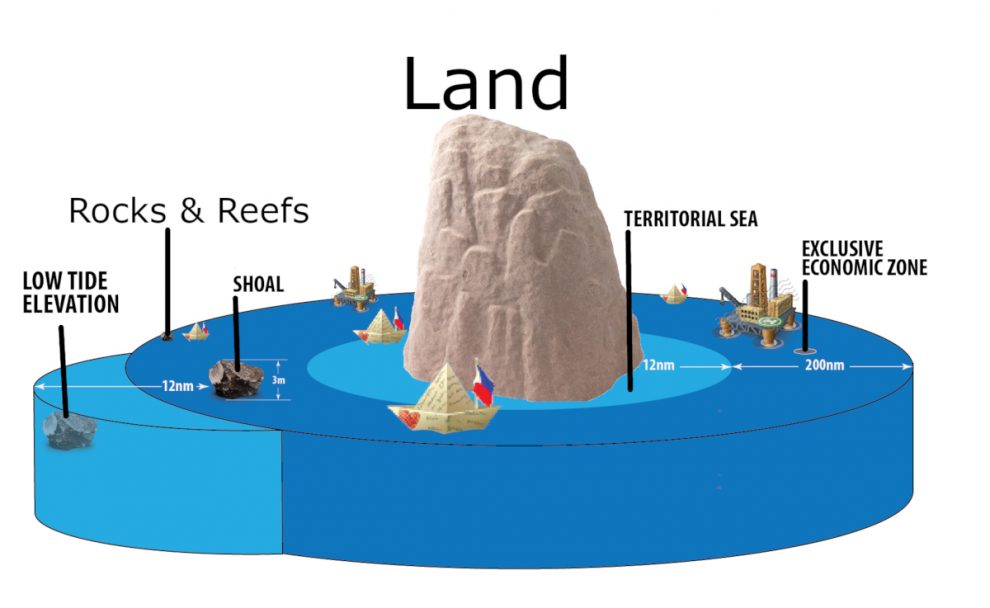 Turkey is trying to maintain the current situation in the Aegean Sea, while Greece is taking a unilateral course that can harm Turkey’s security and economic security.

The recent announcement of the Greek Prime Minister Alex Tsipras to raise the issue concerning the gradual extension of the Greek territorial waters to the parliament has attracted a swift and sure reaction from Turkey.

It was reiterated by various Turkish authorities that such unilateral actions could be considered detrimental to the delicate bilateral relationship and would never be accepted by the Turkish side.

To grasp the Aegean Sea question as a major long-term bone of contention between the two countries, addressing the legal status and historical development of the international territorial waters regime is crucial.

Historically, territorial waters arose from states’ need to secure their territory from threats that might come from the sea. Initially, in the 18th and 19th centuries, a range of cannon fire of three nautical miles was used to determine the width of the territorial seas – the outer limit of a state’s control.

Nonetheless, this had never become a binding universal rule. In effect, alternative limits were adopted. The outer limit of territorial waters could not be determined internationally until the conclusion of the 1982 United Nations Law of the Sea Convention (UNCLOS). Yet, still divergent applications regarding the width of territorial waters exist, even within signatories to the UNCLOS.

The Lausanne Treaty, signed in 1923, does not contain a specific provision regulating the limits of territorial waters. Nevertheless, from the overall content of the treaty, one might deduce that parties had presumed three miles as default application then.

Later in 1936, Greece unilaterally declared widening its territorial waters up to six miles which, criticised by Turkey and the latter, trying to find a bilateral solution, did not respond reciprocally through a domestic regulation until 1964.

As a matter of fact, territorial waters had not been a dispute as substantial as the Aegean continental shelf delimitation which had constituted the bulk of the tension between the parties in the 1970s.  However, with Greece’s twelve miles territorial sea claims based on the UNCLOS provisions, the Aegean Sea territorial waters dispute has turned into a most delicate issue in Turkish-Greek relations.

As a state party to the UNCLOS, Greece has a right to declare territorial sea up to twelve miles. UNCLOS regulates the determination of territorial sea as a discretionary act of a coastal state.

Nevertheless, this discretionary power could only produce an effect in as much as other states accept this unilateral action. Besides, treaty obligations bind only state-parties and treaty rights can only be claimed against state-parties.

Turkey refused to sign and ratify UNCLOS, therefore UNCLOS rules cannot be used against Turkey. Moreover, Turkey has been objecting persistently to the application of twelve miles in the Aegean Sea and the “persistent objector” rule protects the interests of Turkey even if it would be asserted that the application of the twelve miles rule gained international customary status.

Certainly, this rule is the outer limit posed by the UNCLOS and not a default rule applicable in each case. In delimitation of maritime areas, there is no one rule but multiple rules and procedures which can be applied in variation to achieve equitable results. Thus, not the rule, but the equitable outcome which is expected by its application must prevail.

The peculiarity of the Aegean Sea

UNCLOS was designed to provide general rules by envisaging the regulation of oceans. Given the regimes of continental shelves, exclusive economic zones, and continuous zones as regulated in UNCLOS, one might clearly see that the drafters had the oceans in mind while preparing the text.

Direct application of those rules to an enclosed or semi-closed sea such as the Aegean, which consisted of a myriad of tiny and big rocks and islands, without correction or positive alterations is unlikely to produce just results.

Under Article 122 of UNCLOS, the Aegean Sea needs to be considered as a semi-enclosed sea. This makes Article 123 applicable, that compels littoral states to cooperate.

Given the respective landmasses, coastal lengths, the population in the relevant areas and other relevant aspects, Turkey should be considered as a disadvantaged state in the Aegean Sea.

Primacy should be given to equity, fairness and justice to have an equitable result in determining the territorial waters as well as the continental shelf and exclusive economic zone in the Aegean Sea.

More strikingly, Turkey’s direct access to the Mediterranean and open seas will be cut off. Because the airspace, seabed and subsoil of the territorial waters considered under coastal state sovereignty, the new disproportionate situation would produce negative direct effects on Turkish continental shelf and add to existing FIR (Flight Information Region) problems. 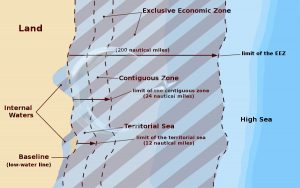 Turkey’s approach to the Aegean territorial waters issue-and other Aegean related matters such as continental shelf-could be summed up as follows: Rejecting any unilateral, disproportionate and inequitable alterations in the status quo.

In effect, since the 1930s, it has always been Greece which endeavoured to extend its sovereignty and sovereign rights in the Aegean Sea through unilateral actions to disadvantage Turkey – while the latter has sought bilateral equitable solutions.

Considering also that Greece has militarised the Eastern Aegean Islands by violating the 1923 Lausanne and 1947 Paris Treaties’ demilitarisation provisions, Turkey made it clear with a Parliament resolution in 1995 that any unilateral action by Greece to extend its territorial waters to twelve miles without Turkey’s consent would be considered a casus belli.

When considering maritime zones, fictive abstractions might mislead one’s judgment. Thus, one always ought to remember the raison d’etre of territorial waters which is to protect a country.

Raising the outer territorial sea limit from six to twelve miles in the Aegean Sea would cause hazardous results to Turkey’s national security, let alone the economic losses that would follow.

The Law of the Sea is one of the most dynamic and creative fields of international law. Indeed, we have had new maritime zones as continental shelf, exclusive economic zone and new rights in a century which is a quite short period for the emergence of international rules and customs.

States must always be conscious of this dynamic and fluid nature of the Law of the Sea. Particularly geographically disadvantaged states like Turkey do not have the luxury to ignore the current and possible future changes in the Law of the Sea that might affect their interests.

Unilateral domestic acts which might cause an international fait accompli in the Aegean should not be condoned to the detriment of a nation’s vital interests at stake.