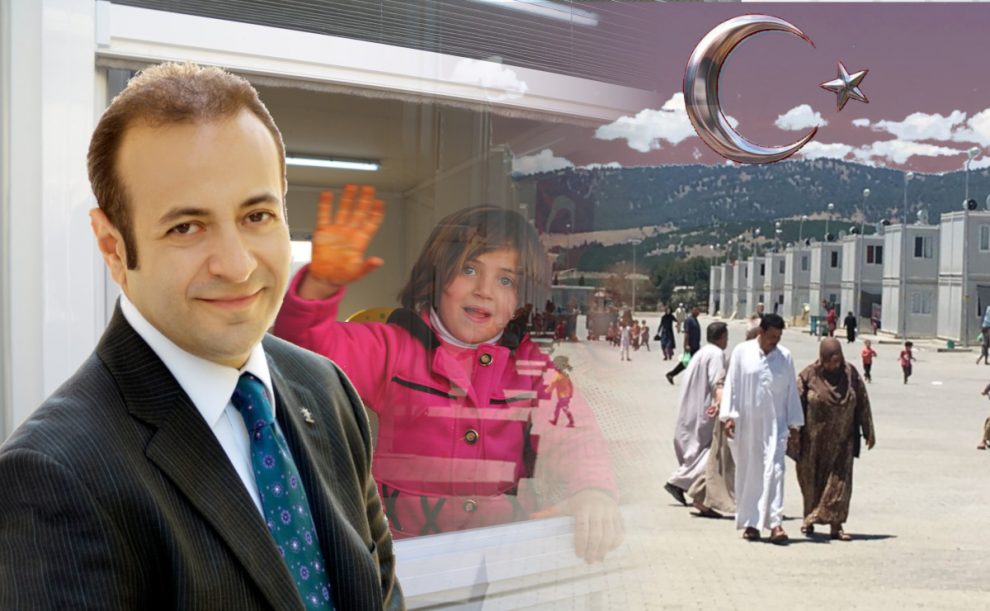 We live in an age of complexity and unpredictability. On the one hand, the accelerating pace of globalization brings us closer in the fastest way. On the other hand, the world is being divided more and more on ethnicities, religions, sects and other factors. Humanity is trying to cope with the trauma of such a dilemma. Whereas some of us promote more integration and unity, others defend the idea of building walls or breaking away, which resembles the protectionist and isolationist tendencies of the interwar years. These conflicting policies prevent us from addressing the global challenges in unity and leaves us vulnerable against them. It is no secret that the current system of the UN, which is a product of the Cold War, is no more capable of responding to the needs of humanity. That is why we strongly and urgently call for the reformation of the UN and the UN Security Council system, promoting the idea of “World is Bigger Than Five”.

Turkey has suffered the most due to the ongoing conflict in Syria and the fragmentation in Iraq. The threats emanating from the crisis in these countries constitute a direct challenge to our national security.

Turkey is not immune to global and regional turbulence either. On the contrary, unlike some fortunate European Allies and partners, we stand right at the epicentre of multiple challenges, in highly volatile geography.

I would like to draw your attention to our immediate neighbourhood. In the south, in the Middle East, we are facing the biggest turbulences of our time. In the north, we are surrounded by both frozen and actual conflicts among former Soviet Union Republics. In the west, we are an inherent part of the Balkans, where peace and stability remain fragile. Additionally, Turkey stands at the crossroads of the routes of migrants and Foreign Terrorist Fighters, which pose a direct threat not only to our country but also to the whole international order.

Such geography requires Turkey to be strong, resilient and active. This is key for the peace and stability of our region. It is also self-evident that the peace and stability of this geography are vital for Turkey’s well-being. So there is a mutual benefit here. That is why, Turkey has been following a principled foreign policy since its foundation, guided by the dictum: “Peace at Home, Peace in the World”.

To put this main principle into practice in today’s conditions, we have developed a new concept in our foreign policy, which we summarize with the catchphrase of “enterprising and humanitarian approach”. What does it mean?

First, our foreign policy is enterprising in the sense that we take initiative and action to promote peace and stability in our region and beyond, instead of adopting a passive stance. In this regard, we have developed many multilateral regional mechanisms to create inclusive platforms of dialogue and cooperation, in addition to our efforts of mediation and for the peaceful resolution of conflicts.

Why do we follow such a humanitarian foreign policy? Because we believe this is the only way to address the contemporary challenges in their roots before they turn into global problems.

I would also like to elaborate on Turkey’s foreign policy priorities on a regional basis, with a view to setting the records straight.

Let me start with the Balkans. As I have mentioned earlier, Turkey has been an inherent part of the Balkans for centuries. Also, as a founding member of the Council of Europe, a long-time member of NATO, OECD, OSCE and a candidate country for the EU, Turkey constitutes an integral part of the West. Our vision for the Balkans is in full consistency with the vision of our Western partners. We fully and actively support the integration of all Balkans countries with the Euro-Atlantic institutions. In this regard, we see the Prespa Agreement as an important step in resolving the name issue. We fully support the Belgrad-Prishtina Dialogue, believing that the normalization of Serbia-Kosovo relations is key to the stability of the Balkans. Again, we strongly support the unity, territorial integrity and stability of Bosnia-Herzegovina and its integration with the EU and NATO. Yet, various circles, and most regrettably some of our partners, try hard to label Turkey as a so-called “destabilizing factor” in the Balkans. These efforts are groundless and irrational unless they serve other purposes or interests.

Again in the Middle East, Turkey would be more delighted than any other country to see a stable, prosperous and democratic Syria and Iraq. Turkey has suffered the most due to the ongoing conflict in Syria and the fragmentation in Iraq. The threats emanating from the crisis in these countries constitute a direct challenge to our national security. That’s why we spare no effort to lead the joint efforts to stop further bloodshed in Syria and finding a political solution that would ensure long-term peace and stability in our southern neighbourhood. In this regard, we consider the Sochi Agreement on Idlib as a real success on the ground, which prevented further tragedies, including a new massive migration flow.

In the Eastern Mediterranean, the Cyprus issue continues to be at the core of the challenges. Turkey participated at the Crans-Montana meetings with a strong will and determination to contribute to the joint efforts for finding a just, viable and durable solution to the problem. The positive approach and determination exhibited by Turkey, as well as the Turkish Cypriots, were acknowledged by almost all in the international community. Regrettably, the Crans-Montana meetings, hence the negotiation process initiated in 2008, concluded with no result. Turkey continues to believe that only a negotiated settlement based on dialogue and diplomacy can lead to a just, viable and durable solution in Cyprus. Therefore, we defend, Turkey and Greece should continue to work in this direction.

This also applies to the issue of the exploitation of the hydrocarbon resources of the island. Insisting on unilateral activities with a view to exclude and isolate the Turkish Cypriots in the island, will certainly not be productive for the long-term positive aspirations regarding our region.

In these challenging times, while the broader region is undergoing a tumultuous transformation and is mired with significant challenges, I sincerely believe that only through bilateral dialogue and cooperation that Turkey and her global partners can play constructive roles, exploiting their respective capabilities fully.