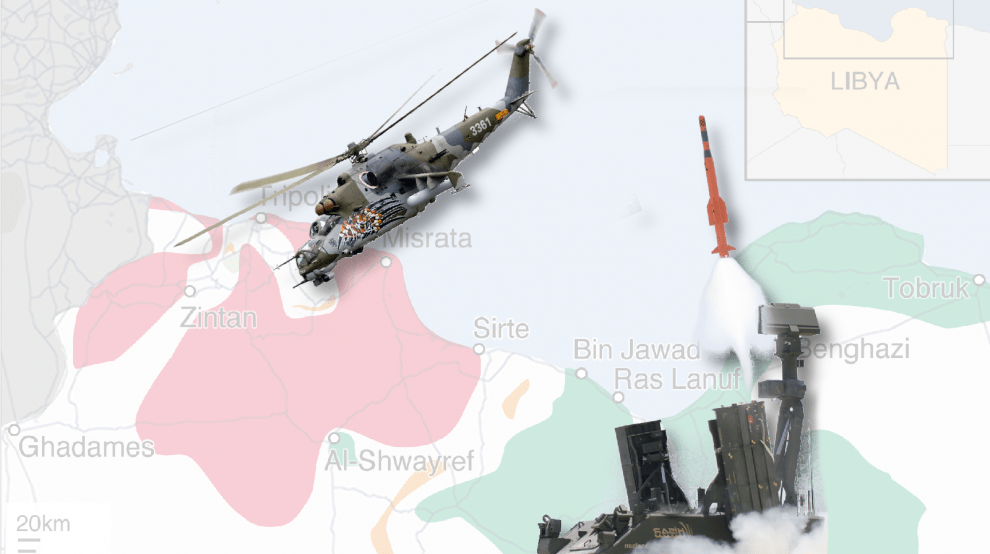 Turkish air defense system HISAR shot down a Russian-made chopper Mi-35 in Libya, pro-Assad media outlet Al-Masdar News wrote. The news portal wrote that LNA’s  Russian-made Mi-35 helicopter was flying over the Misrata area, when their chopper was hit by air defense missiles belonging to the Government of National Accord (GNA) forces and their allies. LNA said all personnel on board were killed.

Defense analysts say that the hunter might be Hisar-A, low altitude Turkish missile system.  However, Turkish authorities have not confirmed the presence of indigenous SAM systems in Libya. If rumors are true, Mi-35 will be the first hunt for Turkish-made air defense systems.