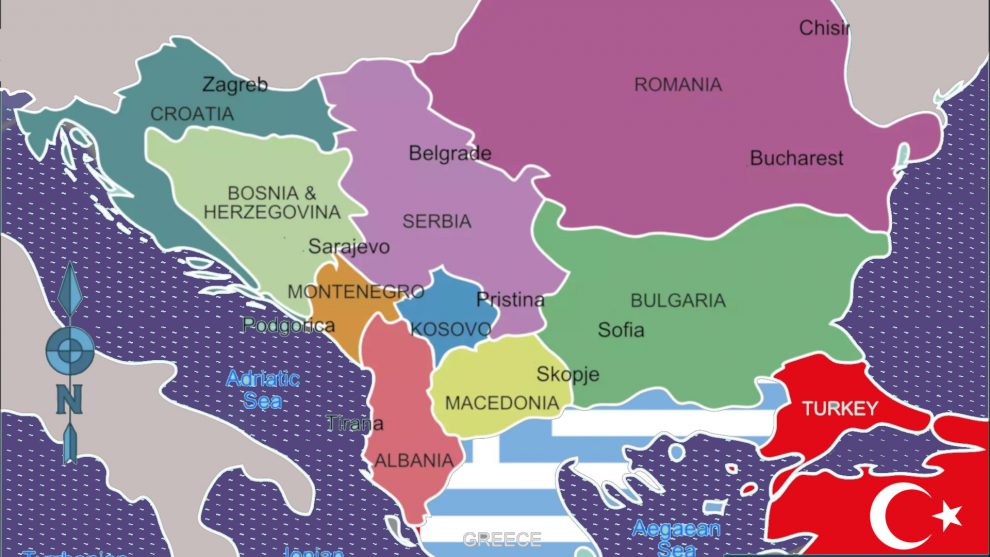 There is a fundamental misperception with regard to Turkey’s relationship with the Balkans. Turkey is not external to the region, the way Russia is for instance. Its history and geographic location make it a part of southeast Europe.  Millions of Turks have their family roots in what was once known as ‘Turkey-in-Europe.’  This includes the founder of the republic, the Salonika-born Mustafa Kemal Atatürk. Ties run deep at the political, economic, and societal levels.

All those connections have drawn Turkey to the Balkans, especially after the end of the Cold War. The notion that Turks are now coming back does not hold. Closer engagement in the region started under President Turgut Özal in the early 1990s.  But back then, Turkey balanced between bilateralism and multilateralism.  It invested in economic and security ties with friendly countries such as Albania, Macedonia, Romania and Bulgaria while adhering to NATO as its response to the wars in ex-Yugoslavia. What changed under the Justice and Development (AK) Party, notably over the past decade, is the switch to bilateralism.  That is understandable given the cracks in relations between Ankara and the West. All the same, it is concerning since it is coinciding with the push against the EU and NATO by Russia, which leverages history, religious identity and anti-Western rhetoric to legitimize its actions.

Pundits and politicians often use ‘Neo-Ottomanism’ to describe Turkey’s forays. The label can be often misleading. Yes, Turkish President Recep Erdogan praises the Ottoman Empire and its legacy, domestically and beyond Turkey’s borders. But so did his predecessors in office. Within the country, liberals and Islamist conservatives alike all rediscovered the Ottomans from the 1980s onwards in questioning the Kemalist political order. The government has been reaching out to Balkan Muslims through TIKA, the Turkish developmental agency, and the Directorate of Religious Affairs (Diyanet) for decades.

Neo-Ottomanism is, therefore, the packaging, not the substance. Turkey’s objective is not to recreate the Ottoman Empire in the Balkans. That is far beyond the country’s resources and capacity. The region is gravitating in economic, social, institutional and political terms to the West. What we have instead is Erdogan using the Balkans to make a case that he is the leader of the wider (Sunni) Muslim community in Europe and the Middle East. The main audience is his electorate in Turkey and only secondly Muslims abroad. The pre-election rally he held in Sarajevo in the run-up to last year’s presidential and parliamentary elections is a case in point.

But Turkish policy in the Balkans cannot be reduced to the promotion of Islamic solidarity.  Erdogan’s main achievement is the fact that he has built relations with leaders from countries that are majority non-Muslim. In October 2017, for instance, he was welcomed in Serbia by President Aleksandar Vucic. The visit gave some credence to complaints by Bosniaks (Slavic Muslims) that Turkey loves to talk brotherhood in Bosnia but when it comes to investing the money it goes for Serbia. Similarly, Erdogan has strong links to Bulgaria’s Prime Minister Boyko Borisov, who hosted the EU-Turkey summit a year ago. Bulgaria and Serbia are interested in hosting an extension of the TurkStream gas pipeline, a joint Russo-Turkish venture. Greece’s Alexis Tsipras also received the red carpet treatment during his latest visit to Turkey where he discussed ideas on decreasing tensions in the Aegean.

Despite its quest for strategic autonomy, Turkey is still partnering with Western institutions. In addition, Ankara has been supportive of the Prespa Agreement and newly renamed North Macedonia’s accession to NATO, its quarrels with the U.S. and other key members of the Alliance notwithstanding. Collectively, EU members Romania, Bulgaria and Greece account for the bulk of Turkish trade with southeast Europe, with the Western Balkans trailing far behind. Greece and Bulgaria see Turkey as key to stemming the flow of asylum seekers from Syria, Iraq, Afghanistan and further afield. They are highly supportive of the EU-Turkey deal on migration from March 2016, renewed last year.

Does the authoritarian system built by Erdogan pose an ideological challenge in the Balkans? Perhaps yes. For instance, pressure on governments to close educational institutions and surrender, without due process, members of the Fethullah Gülen community, which is implicated in the coup attempt in July 2016, undermine the rule of law. At the same time, the authoritarian drift observed in the Balkans is an indigenous product. It is not imported from Vladimir Putin’s Russia nor from Turkey under its new ‘sultan’.

Dimitar Bechev is a Research Fellow at the Center for Slavic, Eurasian, and East European Studies at the University of North Carolina Chapel Hill and a Non-resident Fellow at the Atlantic Council.